A couple of years ago, US media raised a storm over the pay of a business school professor of Indian origin. Kannan Ramaswamy, who taught global strategy at Arizona’s Thunderbird School of Global Management, received a compensation package of $700,000.

Some journalists and academic experts wrote that Thunderbird, which had been on the decline for some time, was already $4 million in the red. They said that even Thunderbird President Angel Cabrera was paid only $584,789 and that the school was grossly overpaying Ramaswamy, who, they said, was “little known” outside the school, “not widely quoted in the media,” and “not recognized as an expert in his field.”

But Ramaswamy was not the only professor at Thunderbird with a mindboggling salary. Indeed, he was only one among the top 10 professors at the school were paid a total of $4.3 million.

Many readers took Ramaswamy’s critics to task, explaining how b-schools decided on their faculty salaries and why they thought Ramaswamy was a topnotch teacher.

In any case, a b-school professor who takes home more than half a million is not such a rare bird in the US. Many professors enjoy an equal or a higher pay at Columbia, Cornell, Yale, Harvard, Duke, UC Berkeley, UT Austin, and UPenn.

As Dean of University of Pennsylvania’s Wharton School, Thomas Robertson’s compensation package was nearly $772,000. In an article in late 2015, the Daily Pennsylvanian pointed out that this was higher than the salary of UPenn’s Dean of Arts and Sciences, $523,000, and that of business deans at schools such as Harvard. Nitin Nohria, Dean of Harvard Business School, received $697,000, about $75,000 less than the remuneration that Robertson, now Professor of Marketing at Wharton, had received as Dean. 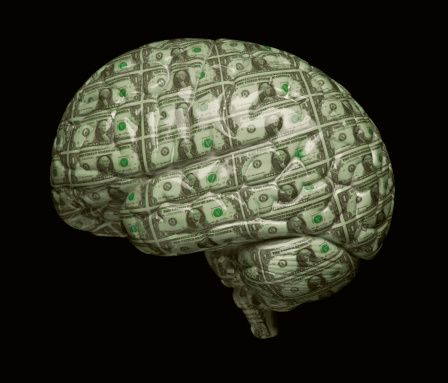 “The Best Schools” website has listed the 10 highest paid college professors in the US. The top two positions go to medical school professors David N. Silvers ($4.33 million) and Zev Rosenwaks ($3.3 million), but the rest of the list is dominated by b-school professors.

Third on the list is Dean Takahashi, Adjunct Professor in the Practice of Finance at Yale School of Management. Takahashi, who is also Yale’s Senior Director of Investments, oversees the university’s endowment, pension, and charitable trust assets of $17 billion. His annual salary: $2.6 million.

Fourth on the Best Schools list is William E. Fruhan Jr., Professor Emeritus at Harvard Business School, who has served as director of 15 corporations and authored books and scholarly articles, at $1.19 million. At fifth is Dan J. Laughhunn ($1.03 million), Professor Emeritus at Duke Fuqua, an expert in decision-making science and specialist in the study of risk preference of managers. The sixth place goes to Andrew M. Isaacs ($709,000), who directs management of technology programs at Berkeley Haas.

In the seventh position is Kannan Ramaswamy, and in the eighth, Andrew Inkpen ($566,000), a specialist in joint ventures, strategic alliances, management of knowledge, and organizational learning in the telecommunications, energy, automotive industries, at Thunderbird. The 10th place goes to Graeme Rankin, Associate Professor of Accounting, at Thunderbird, with $493,000 (Steven Weinberg, Professor of Physics and Astronomy, University of Texas, Austin, is at ninth with $536,000).

Other sources of income for professors

Many business professors with doctorates take up consulting positions with industries, participate in international teaching assignments, publish articles and books, and speak at conferences. Salary is, therefore, hardly their only source of income. Indeed, for at least a few professors, the fee from non-teaching assignments surpasses their salary.

Poets & Quants reports that professors from MIT, Northwestern, or Harvard charge a fee of $100,000 for a single speech, while professors from lesser known institutions command $20,000-$40,000. A 2014 P&Q article says that the three highest-paid speakers from academia at that time were all Harvard Business School professors — Michael Porter, author of the Porter’s Five Forces concept ($150,000 a speech), Clayton Christensen, who coined the term “disruptive innovation” ($100,000), and John Kotter (professor of leadership and change, $85,000).

Vijay Govindarajan of Dartmouth College’s Tuck School of Business was paid $55,000 for each of his talks on innovation and strategy. [Read our interview with Vijay Govindrajan]

An interest among companies in the “military model” to groom leaders catapulted the then Yale School of Management professor Brig.-Gen. (retired) Thomas Kolditz to celebrity-speaker status with a fee of $20,000. Douglas Conant, as chairman of the Kellogg Executive Leadership Institute, earned $45,000 per appearance for his insights on leadership, and Peter Senge of MIT Sloan $40,000 for his knowledge of organizational learning.

A look at salaries of full-time business faculty members in the US as reported by the Association to Advance College Schools of Business (AACSB) provides perspective on celebrity professors’ salaries.

According to a P&Q article from 2015, data from 20 b-schools collected by the website showed that the median salary of deans was $432,000. Dean of the University of Michigan’s Ross School of Business Alison Davis-Blake was the highest paid dean of a public university b-school at that time—$597,000. Maryam Alavi, Dean of the Georgia Institute of Technology Scheller College of Business, drew $550,000.

The article says the Dean of University of Berkeley Haas School of Business Richard Lyon’s salary of $424,000 was low, considering Haas’s better ranking and the cost of living in Berkeley.

According to P&Q, a comparison of deans’ salaries showed that “there was no rhyme or reason” in how these compensations were fixed (see the P&Q link below giving salaries of deans, the ranking of their schools, and the cost of living in the schools’ locations). But earnings of b-school professors depend on factors such as education, experience, and geographic location.

A Master’s degree in business is usually what it takes to secure a teaching position in a business school that is not expected to lead to tenure. A doctoral degree is required for a tenure-track position at four-year colleges and may not be required in two-year colleges.

A candidate for tenure may have to teach as instructor, assistant professor, and associate professor in a university for many years before finally being recognized as a full professor, and then he or she may choose to work in an administrative position such as dean or departmental chair or president.

15 thoughts on “How much do top business school professors get paid?”