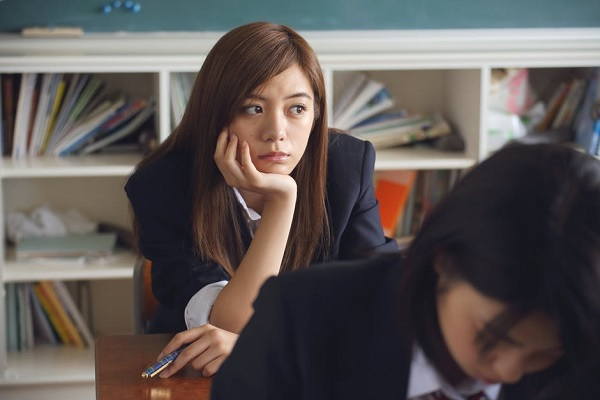 In 2015/16, there were 328,547 Chinese students enrolled in US universities, making up 31.5% of the total international student body, according to Open Doors data. While the trend may see variations in amount of growth, the ultimate number has been on the rise, with an 8% increases in just one year from 2014/15 to 2015/16.

However the recent past has brought out a rather grim side to this otherwise happy marriage between Chinese students and American Universities – with each to gain considerably well from the experience. Reports surfaced, not too long ago, about an alarming number of students, from China, getting expelled from US Universities.

As per a study, on factors that led to such a disaster, academic dishonesty, or outrightly outlawish conduct (Read Are international students more likely to cheat?) were not the only reasons to blame. What makes certain students face academic failure, in the US, are beyond the unscrupulous elements that some may indulge in.

While a lack of academic integrity is certainly an egregious concern, students from China are often plagued with low to high manifestations (the extreme being loss of an academic enrollment) of psychological problems and inability to perform well, academically.

In this article, we will explore the issues that Chinese students face in American universities – their causes and their possible solutions.

Challenges and problems faced by Chinese students in USA

English may be a core subject in the Chinese primary education system, however, its significance is largely a reflection of the economic belt that a particular school belongs to, according to a study published in the Multilingual Education journal.

Most rural schools don’t start teaching English at the third grade, like urban schools with better resources can afford to, Moreover, multiple factors ranging from the lack of tutors to the pressures of the highly competitive Gaokao (entrance examinations to enter the university system in China), that doesn’t necessarily need English to be a significant determinant, make the education of the language seemingly minor.

It also doesn’t help that the usual approach, towards teaching, is based on outcomes in examinations. Therefore, students often rely on rote memorization of grammar rules without much training in writing, listening, or speaking. English language training is often thus quite inadequate, especially since the native language is structured so differently, with barely any need to use the “language of the west”, within China.

The end result is a complete lack of comfort in the language and its widespread use, quite naturally, in the US. A lot of Chinese students don’t consider the importance of the language that is needed along with the expertise in their field. They come fully equipped with the intellect to take them far but lack the communication skills to partake in class discussions, write academic papers, or even understand the flow of lectures given by their English speaking professors.

Many are able to overcome the difficulty by an initiative to “exercise” the language wherever they can, and forcing themselves out into their “discomfort” zone. However, the difference in the two cultures can hold back the often shy, culturally less outspoken Chinese student, from voicing his opinion, or even his concerns.

That brings us to the inter cultural differences. Reverence for authority is taken quite seriously in most Asian cultures. Often, that reverence translates into fear. In one of its representations, this fear can stop students from being able to seek help from their professors. This is obviously in stark contrast with the American, or even other cultures who are able to easily adapt to the western culture of being quite forthright without any inhibitions.

Besides the lack of interactions with their professors, many Chinese students are unable to adapt to the social structure prevalent in campus towns. Language being the greatest barrier, they are unable to orient themselves out of the Orient, so to speak.

Hard work and intense pressure are inherent part of the Chinese education system. They are trained to believe that without hard work, and achievements to show for it, they will never be able to compete with the limited options, in China, enabling them to secure a good living. This noble philosophy has been translating, through the years, into cut throat competitiveness where achievements are measured in examination scores.

For many Chinese students, it is hard to get out of that numbered thinking. The American education system is quite liberal, allowing their students to choose, explore, cooperate with their peers, and learn without the particularly paralyzing fear of failure. It takes a major thought transition for these inter-cultural differences to disappear.

The Gaokao examinations are incredibly intense, intimidating, and excruciatingly demanding, causing more and more Chinese high school students to join the SAT, or ACT, race to secure admissions in the US undergraduate universities. There are, now, more undergraduate enrollments (135,629 in 2015/16 compared to 124,552 in 2014/15 – IIE.org) than in the past. The number of graduate enrollments are also in the same neighborhood.

In fact, there is usually an exodus of 400,000 students annually, out of China. The pressure travels along. Even in the relatively far more open system, like in America, they feel compelled to relive their pressure just as intensely.

Chinese students are often found carrying the burden of immense expectations of their families. This is usually coupled with the guilt of not being able to take care of their parents, being from the state-structured single child family.

Loneliness, guilt, indebtedness to their families, and the pressure associated with performing well, could be reasons that make them susceptible to stress, and often depression (Did you know stress can kill?).

Tackling the problems of Chinese students studying in USA

It is clear that the students should focus on social preparedness along with their academic expertise. One without the other will only leave them unable to take advantage of any global situation they are dealt with. Schools in China are beginning to involve a more interactive way of learning English, for instance.

As far as US schools are concerned, international offices can organize social events to help these students come out of their shell. Creative workshops can enable them to understand ways to grasp the nuances of the English language.

But even with all the training in the world, the most significant practical approach is for students to get out and socialize with their peers from different cultures. It is quite common to find Chinese students huddled together in every American campus. All that does is reinforce the dependence towards the familiar rather than create an environment to confront something new.

The experience of moving into a country with a history, culture, and even politics so different from ones’ own can be overwhelming. And the solution to the issues, that these students face, can be overcome by not just accepting the new, but also adapting to the education system they now belong.

Also read:
– Job in China after MBA in UK
– Living and Studying in China as an international student
– How Chinese GMAT test-takers get such high scores
– Chinese students caught cheating in college admissions