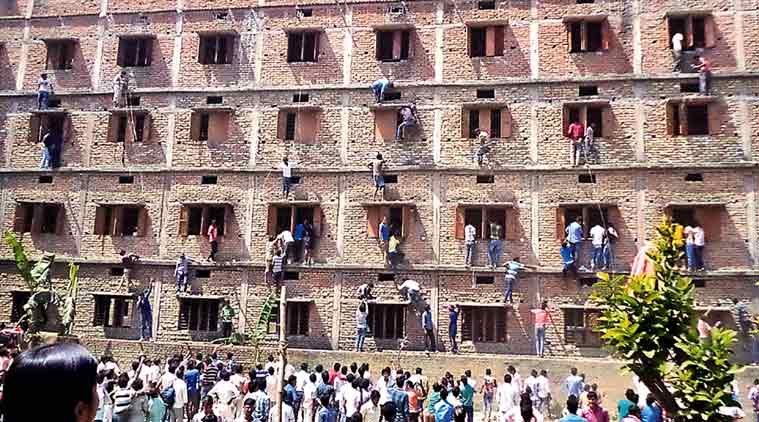 Earlier this year, academic journals University World News and The Chronicle of Higher Education reported an investigation by The Times that revealed a startling lack of academic integrity among students at some British universities. The probe found that 50,000 students had been caught cheating in these universities between 2013 and 2015. It also found that students from outside the European Union were four times more likely to cheat than EU students.

Seventy UK universities that provided information about the involvement of international students in exam malpractices reported that 35 percent of the students caught were from other countries, although foreign students made up only 12 percent of their total number of students.

One of the academic crimes identified by the investigation was students hiring other people to write their assignments of them. Many students had sourced their assignments to “contractors” in India who wrote good essays that conformed to academic standards but charged less than contractors in the UK. Contractors also operated from Pakistan, Nigeria, and Kenya.

Plagiarism is a major crime that international students seem prone to commit. Many students who are found to have copied from published sources claim that they were unaware of the seriousness of their crime. Professors point that many international students do not understand the concept of copyright/credits and the practice of providing citations. Some students don’t dare to paraphrase as they don’t have the English language skills required and fear their poor language might distort the meaning. Moreover, in some countries, verbatim reproduction of parts of a published work is a form of tribute to the original author.

Reporting university scandals in the US or UK, Western media is usually quick to point out that exam malpractices are widespread in China, India, and other Asian countries. News about the high proportion of international students caught cheating (that is, in relation to the total number of international students) often leads to heated online debates, with some participants sermonizing about “a lack of morality” in the “cultures of Third World countries.” However, many others join the issue, saying that compelling socioeconomic realities in developing or underdeveloped countries, rather than cultural tenets, force people to bend their own deeply ingrained morals. They point out that cheating is hardly taught anywhere as an agreeable practice.

Scandals involving domestic students have been reported from top Western universities over the years. Personalities no less than Henry Ford II and Edward Kennedy have been caught and punished for cheating. When Ford had to write a thesis on a Thomas Hardy novel at Yale, he paid a student to do it for him. As a Harvard student, Kennedy got a friend to impersonate him at a test in Spanish. Other American institutions have also suffered loss of image thanks to their cheating students, including the US Naval Academy.

Hype apart, it is a fact that international students have often been involved in a high percentage of cheating cases disproportionate to their presence in student bodies. Besides UK universities, some universities in the US have also noted the disproportionate number of overseas students caught cheating. For example, one survey found that international students made up only 10 percent of the study body in the California University system but accounted for 47 percent of cases of academic dishonesty.

It is also true that many international students start cheating even before they leave their home countries for the US. They hire “consultants” to fill out their admission applications, write their essays, and even dish up faculty recommendations. The stated reason is most often their lack of knowledge of English. The students rid themselves of any feeling of guilt by telling themselves that “most do it,” according to a CNN report published in Forbes.

International students are also more likely to use technology to cheat their examiners, such as downloading test-paper answers from the Internet and copying online material without proper attribution, a study has found.

A 2010 report by an education consultant in China said 50 percent of grade transcripts and 90 percent of recommendation letters are fake, and 70 percent of essays are ghost-written. A large number of students who use illegal means to join US universities continue the practice after securing admission, several of them because they are unable to cope with the curriculum. In 2014, 8,000 Chinese students were expelled from US universities, for cheating, but also for their poor grades. However, many Chinese students thrive in their new world by dint of their work and talent—30 percent of all international students in the US are Chinese.

Until 2010 or so, Chinese students had a good reputation in the US for their scholarship. But the rise of the great middle class in that country has led to a steep increase in the number of students from wealthy families seeking admission and willing to pay full fees from out of their own pockets. However, many such students pick courses that are too difficult for them in the hope of earning a “posh degree” that would fetch them social status and monetary returns once they return home.

Although no dependable statistics were readily available online on any major cheating scandals involving Indian students in universities abroad, some sources indicate that “copying” during examinations and plagiarism probably exist among them, too.

Additionally, a practice that many Indian students follow—“combined/group study” for Indian students, “illegal collaboration” for Americans—is frowned upon by US teachers and students who favour an individualistic approach. Sharing notes and reproducing textbook passages verbatim, which are common practices in India, attract criticism abroad. A paucity of time, lack of confidence, poor understanding of lessons, and inadequate English language skills might drive a student to adopt dishonest methods to succeed, say university officials.

Many universities in India are facing serious problems of lack of academic integrity among students, and copying and other examination malpractices are an integral part of academic practices in the country. One would think it is likely that students prone to academic misconduct in India would carry this tendency to the US. However, an awareness about the strict monitoring and stringent punishment seems to be putting more Indian students on the straight and narrow path.

Moreover, the stakes are high for most Indian students as their parents reach deep into their savings or take huge bank loans to send them abroad. Expulsion from university is not an option as they need a good record to stay on for work and repay their parents. But parental pressure to succeed can also force a few of these students to cheat.