Watch this related video. Please ‘like’ it if you find it helpful. 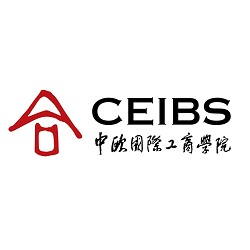 The China Europe International Business School (CEIBS) was co-founded by the Chinese government and the European Union in 1994—a decade before, the school’s predecessor, the China-EC Management Institute (CEMI), had been launched in Beijing.

The executive partners of CEIBS were the over-100-year-old Shanghai Jiaotong University and the European Foundation for Management Development, which counts 500 of the world’s top b-schools among its members.

The only b-school project in which the Chinese government has collaborated, CEIBS is inspired by its motto “conscientiousness, innovation, and excellence” to educate both budding and established business leaders on “China depth, global breadth.”

16 facts about CEIBS every MBA applicant should know

Shanghai, CEIBS’ home, is the most populated city in the world with 24 million people as of 2014. One of the most prominent business hubs of the world, Shanghai, which lies in the Yangtze River Delta, has an impressive and colorful skyline that immediately gives a strong hint of the variety of cultural, culinary, and shopping experiences that the city offers.

The standard of living is high in this “showpiece” of the booming economy of mainland China. The commuters benefit from a modern metro and public transportation system.

Shanghai has a mild but moist climate with four distinct seasons: a warm, pleasant spring, a hot rainy summer, a cool and comfortable autumn, and a cold, overcast winter. July-August is the hottest time in Shanghai, with more than ten days of over 35 degrees C. The coldest period is January-February.

CEIBS became the first b-school in mainland China with its own campus when it was established on eight hectares in Shanghai’s Pudong district in 1994. The Shanghai campus nestles in the tranquil expat neighborhood of Jinqiao, with its residential localities, hotels, international schools, healthcare clinics, and restaurants serving world cuisines.

The campus architectural style is a mix of aesthetic and structural Western and Chinese concepts. Between 1994 and 2008, two phases of the main campus were completed. In 2013, the school expanded the third phase of this main campus to 80,000 square meters in floor area, with a central pavilion holding a giant pyramid-shaped glass roof, an academic center with state-of-the-art lecture halls, a faculty building, student residences, a commons building, and a conference hall.

For MBA students, there are four five-story dormitory buildings. Off-campus housing is available in small but adequate apartments close to CEIBS. In addition to Shanghai, CEIBS has campuses in Beijing, Zurich, and Accra, and a teaching facility in Shenzhen.

Kellogg and MIT Sloan follows CEIBS on the list. CEIBS was at no. 4 on the Forbes’ list of best b-schools outside the US for the two-year International MBA program for 2015.

The CEIBS faculty consists of scholars with rich international corporate and teaching experience. Sixty percent of faculty members are foreign and joined CEIBS after teaching in other renowned school across the world. Many of them teach senior executives attending executive education programs at CEIBS.

Professors use their extensive experience in the business world to adopt various teaching methods such as lectures and case studies. Many case studies are drawn from Harvard, IMD, and other top schools besides the CEIBS’ own bank of case studies.

The Finance MBA (FMBA) program, which is taught in Chinese, is a part-time program (two weekends a month) that runs for two years. Coordinated degrees—CEIBS-Cornell MBA/MMH for the hospitality industry, CEIBS-Fletcher MBA/MALD for law, and CEIBS-Hopkins MBA/MPH for public health—are also conducted.

CEIBS’ full-time 18-month MBA is a 67-credit program consisting of compulsory courses for 49 credits and electives for 18 credits. The program has a strong China focus and goal of making it relevant to the Chinese business scenario. Foreign students have to acquire Chinese language competency and will be required to attend a pre-course in Chinese before the start of the MBA program.

Chinese language courses are also offered at the basic, intermediate, and advanced level throughout the first academic year. Compulsory courses like “China HR” prepare the students for the job market. Students may choose general management or opt for specialization in finance, marketing, or entrepreneurship.

A one-year MBA option is available for entrepreneurs, students who don’t intend to stay on in China after graduation, those who already have job offers in hand, and those who intend to join their family business.

All applicants need to have a bachelor’s or a higher degree, work experience of two years or more, GMAT/GRE score, and proficiency in English. Applicants are required to answer essay questions to demonstrate potential.

Each applicant is interviewed by two interviewers from a panel consisting of CEIBS faculty and other staff and alumni. Each interview runs for about 30 minutes and is conducted in English. Face-to-face interviews are necessary for applicants who live in mainland China, but video-conference and telephone interviews may be allowed for those outside.

The tuition fee for the 18-month MBA program is $60,000 (for the MBA 2019 class), which covers tuition, fee for teaching materials, and Internet and data access fees. Dormitory rooms can be rented for about $400 a month for a single room and $200 per person per month for a twin-bed room.

Off-campus accommodation is available for singles, couples, and families at $400-$550 a month for a studio or one-bedroom flat, or family apartments with two or three bedrooms at $650-$1,000 a month. Villas and family homes can also be rented at higher rates.

About 70 percent of the MBA Class of 2019 receive 40-100 percent tuition coverage. Scholarships and fellowships for first-year students include merit, business leadership, entrepreneurship, outstanding achievements, and women leadership scholarships, besides diversity and MBA fellowships.

Various organizations offer scholarships for students applying in Rounds 1 and 2. Two Emerson Scholarships are awarded to second-year students on the basis of their performance in written essays and interviews. Specialized loans for Indian students and loans from various agencies for international students are also available.

The average GMAT score for CEIBS MBA was 686, and the average work experience 5.8 years (28 percent have less than three years and 23 percent have over eight years). Twenty-one percent of the students had an industry background in technology, 15 percent in consulting services, 14 percent in financial services, and 11 percent in manufacturing.

Thirty-one percent of the students had a business and management academic background, 51 percent a science and engineering background, and 11 percent a language and arts background.

Company representatives visit the campus to give presentations about the job opportunities, and job fairs are organized for students, including who plan to pursue careers outside Shanghai. Practicum projects provide field experience to students and help them to identify and generate job opportunities.

The weighted salary (average alumni salary three years after graduation, US$ PPP equivalent) of CEIBS MBA graduates was about $160,000, and the “salary today” was about $156,000, according to FT.

The CEIBS Alumni Association is a forum for new graduates and business leaders and organizes seminars, workshops, and reunions, besides alumni club activities.

The association represents 19,000 alumni of CEIBS and those of its predecessor, CEMI, and increases its membership by 1,500 fresh graduates every year.

CEIBS’ vision is to become the best b-school that links Eastern and Western principles in teaching, research, and business practice, and promotes China socioeconomic development.

Its modern campus, international faculty, 18 research centers, 19 chair professorships, 21 MBA clubs, library equipped with 20,000 e-journals, and its alumni resources help CEIBS attract students in a tough competition with its better-known counterparts in Europe and the US.

7 thoughts on “16 things every CEIBS MBA applicant should know”