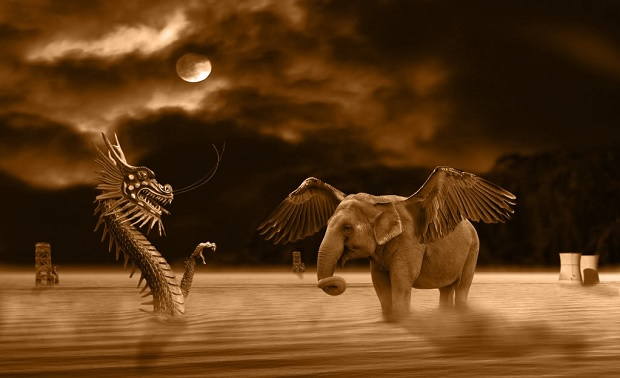 A distance MBA puts many professionals in a dicey situation. More often than not, the distance / correspondence degree doesn’t provide the expected career boost and it makes it tougher to apply for a second MBA from a more prestigious college at a later stage.

Dhruv Cairae had the patience to wait for the right opportunity, and that made all the difference. He shares his application strategy and experience that got him 4 admits from the top business schools across the world.

Second MBA from China or India or Italy after distance MBA

CEIBS vs ISB vs CUHK vs SDA Bocconi

I first contacted Sameer way back in 2013. I was working in IT at that time. He flatly told me that an MBA would not help my career and that his team would not be able to help me. There had been unavoidable job and career switches in my life, although I have always been clear about my goals things appeared messy on the CV. He also told me that after stability in a good role after a few years there may be a window of opportunity.

I liked the honesty in the approach, there was no mincing of words. At this point of time I had decided to contact them again after a few years.

I moved into the Public Sector in Coal India shortly after my communication with Sameer. We decided that after 3 to 4 years I would apply. I got in touch with Sameer in 2016 and he connected me with Manish Gupta (MG).

We initially shortlisted only 5 schools including ISB but ultimately I ended up applying in close to 12. MG’s approach of selecting schools with the right duration and consistency with career objectives is something I incorporated in my applications that went beyond the first five schools.

I had initially signed up for the one school package for INSEAD. This was before I gave the GMAT. Vibhav was assigned to help me. During our first call he asked me about my estimated score. I told him that I was looking at a score between 690 and 700 based on my practice tests.

Based on an assessment of my profile he said that at least 720 would be needed and less than that could be a challenge. I only had resources for one school and wanted to focus on the best school with reasonable chances. I requested a switch to ISB, MG and Vibhav happily agreed.

I am based in a remote area with frequent power cuts and bad internet connectivity. There have been times when I had to drive to a place where there was decent network, study online for GMAT in my car. I had moved to Mumbai around 2 weeks before GMAT as I did not see the point in suffering and preparing, ultimately my preparation was getting effected. These 2 weeks were critical and the fact that focus was all on GMAT helped.

As per the original plan I would be preparing the essays and preparing. Not working on INSEAD application while preparing for GMAT  was a very intelligent tactical move rightly suggested by Vibhav. I ended up with a score of 710.

This was within my estimates but I have a bad under-grad GPA and I was desperate for a good score. I got in touch with Vibhav and MG again. MG was clear that its not a bad score and maybe a 20-point bump would help. I would be heading back to my place of posting as I had exhausted my leaves. In that place, given the constraints I was positive a  20-point increment would not happen.

Vibhav was clear that the score would not help the ISB application substantially but it would not hamper it as well. I knew I was dealing with honest people so I decided to proceed with a 710.

Things are actually a lot harder for Indian applicants because of the sheer number of Indian applicants, this is  a well known fact so please take guidance as its likely that the numbers are not in your favor.

I had planned on focusing on the progress that I had made in my life in my essays. For this we would have to start the story from a low point in my life. Vibhav was clear that there is no need of mentioning any negatives, the idea is to sell yourself as an applicant. All the red flags will not be mentioned even if there is an ultimate turnaround. The focus has to be positive and future career plans.

Every worthy MBA applicant has a fluid idea about their career goals post MBA. Under normal circumstances you may not be able to structure and convey the plans. Vibhav was able to give structure to my post career goals. This has been the biggest game changer.

When we finalized the essays I was amazed with myself after reading the essays. This is the basic idea. Content is same but expression and focus had changed entirely.

I have a distance learning MBA. I did not get the classroom experience and the credibility of an elite program. Hence I am going for a second one year MBA. But the fact that I have an MBA degree and not a PGDM makes me ineligible for an MBA program across several schools in Europe. I received close to 6 dings in January, 4 of them due to eligibility issues.

I am not saying I would have made it in any case but I did not even get a fair chance. If you have an MBA degree or any academic deficiency which could be an issue please confirm with ad-com before proceeding.

I received interview shortlists in ISB, CEIBS, CUHK and SDA Bocconi all in one single week. I contacted MG and Vibhav about the good news. They suggested an interview package. I wanted conversions so I chose to invest more resources. Vibhav prepared me well for the interview. The most significant contribution at this stage was more personal. The dings had sort of pulled me down. He was clear that I must be positive and enthusiastic in the interview. I realized that I have to conceal the big ball of disappointment in my head if I am going to make it.

Looking back, the biggest challenge that Dhruv and I started with was his baggage of the past. During the first few calls, I had to instill a sense of positive thinking and purpose in him to ensure that he brings out his best in the essays.

Over the iterations, we peeled the layers around his professional experience to ensure that the essays focus on his strengths and achievements.

His ability to soak in the feedback and work upon it sincerely and sheer hard-work through the iterations is the biggest reason of his success.

The common theme is always the post career goals, why the school for the goals. Don’t apply unless you know the answer to these questions.

I got admits from these 4 schools with a scholarship from CUHK. Vibhav and MG shared their insightful advice with valid reasons, they were unanimous about ISB.

Frankly I was very keen on CEIBS, despite their advice  and if it were not for personal reasons which I don’t wish to disclose I would have gone to CEIBS. The truth of the matter is that all our choices are not governed by numbers so I am proceeding with ISB.

My advice to applicants

Vibhav and MG were right there with me when I was going through the awful phase, a grand two months, not significant from a life time perspective. But I had to go through it.

I have shared around three examples where contribution of MBA crystal Ball is obvious. Choosing the right time to strike, side stepping a landmine and finally over coming disappointments to focus on task at hand. Its ultimately your efforts and choice but right guidance can make all the difference. It has in my case.

Read these related articles:
– Second MBA at Kellogg after IIM
– Why a second European MBA after an Indian MBA and career in the entertainment industry
– 1 Year MBA Abroad (INSEAD) vs 2 Year MBA in India (IIM)
– INSEAD Singapore vs MBA in India, USA and France
– Retail Management MBA in India vs GMAT MBA abroad
– Best MBA programs in China for international students