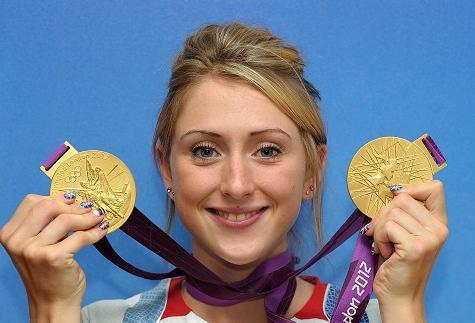 Laura Trott is considered to be among the most successful cyclists in the world, for the number of titles she’s won in a short span of time.

Among her accomplishments is a double Olympic gold in two disciplines – the ‘Team pursuit’ and ‘Omnium’.

‘What’s the big deal?‘ you might say, ‘Beyond the fancy names given to the two formats, it’s just cycling.‘

Sure, it is. But when there are more-than-subtle differences across the two formats, and you are competing with the best in the business domestically and internationally, being successful at both (national and global) levels definitely is a big deal.

Extending the analogy to MBA programs, you might have wondered about the differences between two year MBA in India offered by the Indian Institutes of Management (IIM) and the shorter one year MBA programs abroad. What does it need to be successful in both formats? How do the two differ? Which one is better for you?
Read Difference between MBA in India and abroad

Pritish Bhaskar, is among the few Indians who has won a double medal, well, figuratively speaking. He has been part of two MBA programs that are well respected not only in their respective countries, but also in the world. His post will help you look at the 2 year MBA vs 1 year dilemma with new perspectives. 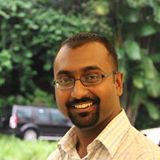 I am currently pursuing my second MBA from INSEAD, with a focus on the finance industry. I completed my graduation in Chemistry from Hindu College, and having cleared CAT in 2005, joined Indian Institute of Management (IIM Lucknow).

Upon graduation, I joined Pepsico India where I completed multiple stints in sales and trade marketing in various parts of India. After spending 3 years with Pepsico, I moved to West Africa with Agri-Commodity major Olam, where I worked first in dairy division, and then later took over the palm oil division. After spending 4 years with Olam, I joined INSEAD, where I completed first two semesters in France and now plan to spend next 3 semesters in Singapore.

The two major reasons for doing a second MBA were related to the relatively young age at which I completed my first course. While it may sound clichéd, fact is that having even a brief exposure to professional work environment enables the MBA participant to gain more out of the program.

Since I had never worked in such an environment before joining the program, I adopted a completely academic approach, which turned out to be a big miss. A large part of learning in such programs comes from the peer-to-peer learning, both inside and outside the classroom.

Secondly, while I was doing relatively well in my professional environment, I always felt it would be worthwhile to explore other opportunities, maybe even in completely unrelated industries. Coupled with a desire to build a truly global career, it made sense to consider a short course that opened gates in these diverse sectors on a global scale.

Considering my career stage, I did not want to take a two-year break again, so I focused on researching 1-year programs, specifically INSEAD and Kellogg. Out of these, I finally decided to settle for INSEAD primarily because of its two-campus structure, and the diverse international nature of the program and student body.

Further, since I was interested in eventually working in SE Asia, it made more sense to spend time in the region closely evaluating the opportunities.

Comparing the two courses is not easy, especially when one considers the different social contexts in which the respective schools operate. However, if I was forced to choose, I would say the in class discussions are livelier and overall environment is more dynamic at INSEAD.

In my opinion, this stems from the diverse class composition that the adcom goes to great lengths to build. It makes for a lively discussion even in group assignments, since each member brings a different perspective to any case discussion.

While both schools prioritize group work and lay great emphasis on building team skills, the course work here starts off with a large outdoor group activity – which only goes to show the focus that INSEAD has on team dynamics.

As far as the course work is concerned, most of the academic content is quite similar. In terms of delivery, like every other place, INSEAD also has its diversity and variety in terms of teaching styles.

However, unlike some Indian schools, INSEAD uses multiple teaching methods, including but not limited to the case discussion method.

A major difference between Indian schools and all top US and European schools is the approach towards placements. In most international schools, it is the student who is encouraged to make the effort to inform, and by leveraging the considerable resources at the disposal of the school, make a considered choice of where he/she wishes to pursue a role.

Due to this, it might surprise some to know that most of the top schools do not have 100% guaranteed placement records at the time of graduation – in fact, most report a placement range of around 95%-99% 3 months after graduation date.

The schools lay a lot of importance in teaching networking and building resources that will allow the student to continue developing skills to build his career even years after leaving school.

Another difference that comes to mind, is the focus laid on academic research. Most students are encouraged to take up independent study projects along with electives, and are awarded credits for these. These study projects are mostly in conjunction with some industry firm, thus allowing the student another chance to develop connections and form a deeper understanding of the chosen industry sector.

Overall, while the academic course content is quite similar, the difference stems from the in class and outside class environment. Most of the top schools excel at providing opportunities for participants to explore their interests and take an informed decision on the future course for their careers.

This makes it all the more imperative that these participants demonstrate a lot of initiative early on (due to the short nature of the program) and have some idea of the broad direction they wish to pursue, before getting into the program.

A 2 year MBA program in India, due to its longer duration allows the participants to take a slightly longer time to reflect and research their direction.

Hope this small write up helps – I would be available for any further clarifications, if any.