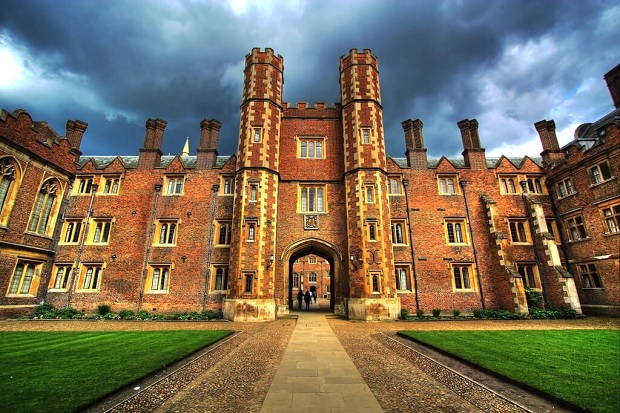 We often think of higher education as just a matter of students’ jobs and careers. The fact that it has a bearing on a country’s economy escapes our mind. Obviously, the better the universities, the better their contribution to the economic development of a country and, we may say, the better the economic progress of a country. The quality of higher education is therefore a concern for not only the academia, but also for governments, politicians, economists, policy makers, and others who have a stake in development.

Founded in 1997, Universitas 21, an international network of 26 universities in 17 countries, has been ranking the higher education systems of countries since 2012. The 2016 ranking of 50 countries aims to identify which countries have the largest resources and strongest education environment that help them contribute to national growth, providing good student experience and enabling institutions to compete for overseas students. The research authors were based at the Melbourne Institute of Applied Economic and Social Research, University of Melbourne.

The biggest highlights from the 2016 rankings is that when ranking measures are adjusted for economic development levels in each country and for price levels, China and India surpass the US.

China is among the nations that have shown the biggest improvement in the 2016 rankings compared with 2015 rankings (30th place from 34th). The country has also taken the biggest step forward over the four-year period of 2013-2016, gaining 12 places, in terms of outcomes of higher education. China is gaining ground on the US and Europe and has already surpassed some G7 countries in some measures.

Now, for the overall ranking. Topping the list of countries with the best national higher education systems in the word is the US, followed by Switzerland and Denmark, to make up the top three. They were also the top three countries in 2015.

Besides the overall ranking, countries have been ranked separately under four measures—resources, environment, connectivity, and output. Each of these measures have different sub-measures, or variables. “Resources” includes private and public resources; “environment” stands for autonomy tempered by external monitoring and competition, and equality of opportunity and diversity, including gender diversity; “connectivity” takes into account engagement with industry, student exchange, and international research programs; and “output” includes participation rates, research quality, employability of students, and presence of world-class universities.

The resources component has a weight of 20 percent in the ranking. The countries with the top resources for higher education are Denmark, Singapore, US, Canada, Sweden, and Switzerland. India is at the 38th place, higher than China at the 45th place. Hungary and Ireland have suffered significant decline on the resources score.

The countries that have made the biggest advances in the resources category compared with 2015 are the UK, Turkey, and New Zealand. The countries with the largest total expenditure (public and private) on higher education as a percent of GDP are the US, Chile, Saudi Arabia, and Canada.

As for higher education environment (20 percent weight in the ranking), the top scorers are US, Hong Kong (HKU MBA review – Life, work permit and job in Hong Kong), Finland, New Zealand, and the Netherlands. Switzerland has shown the largest improvement. Romania has fallen the greatest in the rankings. India is at rank 43, much lower than China, which has rank 26.

The top five nations in connectivity (20 percent weight) are Switzerland, Denmark, Austria, UK, and Belgium. Belgium has climbed to the fifth position at the cost of Sweden, which has fallen to the seventh rank. Other nations that have declined on this measure include Bulgaria, South Africa, and Ukraine. India is at the 49th place, and China at the 45th.

In output (40 percent weight), the US and UK triumph over all others. Australia, Denmark, Sweden, Switzerland, and Canada are the next five, with scores close to each other. China has made good gains, while Argentina has fallen in this measure. India gets the 47th rank, and China the 20th. But in one of the components of the output measure, “average research impact of [research] articles,” India and China have gained six places.

U21 GDP-based ranking of education systems

The survey includes a separate module to measure countries in similar stages of economic development, through the use of GDP per capita. The GDP used is for 2013 in US dollars measured in purchasing power parity (PPP) terms. The ranking based on GDP per capita helps identify which countries are providing greater resources to higher education despite their economic weaknesses.

In the overall rankings adjusted for GDP per capita, the top five countries are the UK, Serbia, Denmark, Sweden, and China. The next five countries are Finland, South Africa, Portugal, Canada, and New Zealand. Australia is at 14th, India at 15th, and US at 16th position.

The QS Higher Education System Strength Rankings 2016 assesses the quality of higher education in 50 countries. In the ranking published for the first time in May 2016, the US is at the top, followed by the UK, Germany, Australia, and Canada. The next five comprise France, the Netherlands, China, South Korea, and Japan.

The ranking evaluates each country in four categories: system strength, access, flagship institution, and economic context. “System strength” is the number of institutions from the country that have found place in international rankings. “Access” is the number of places available in universities for students. “Flagship institution” assesses the strength of each country’s main institution. “Economic context” takes into account performance in international rankings against GDP per capita, which shows the extent to which financial investment helps ranking representation.

Of the 50 countries in the rank list, 22 are in Europe. Three Asian countries—China, South Korea, and Japan—are in the top 10.

The US tops in all the four measurement categories. The UK scores second spot in system strength and flagship institution categories, third in the economic category, and fifth in access.

China earns its eighth place overall when economic context is considered. When GDP per capita is taken into account with international ranking, China is second only to the US. India comes fourth in economic context.

Although Singapore scores in system strength (third) and flagship institution (fourth), its weakness in the other two indicators draws it down to rank 21 overall. Australia claims second in the access category, followed by Germany and Canada.

The best higher education systems in the world

US News and World Report

In March 2017, US News and World Report published its “Best Countries for Education” ranking based on the quality of the public education system and the perception of universities among students. However, the ranking takes into account all levels of education, from primary school to university, not just higher education. Eighty countries are listed in the rankings prepared in partnership with the Wharton School of the University of Pennsylvania and BAV Consulting.

Pearson has published the “2016 best education systems in the world” rankings, which also includes higher education and school education. In a list of 40 countries, the top four spots have gone to Asian nations—South Korea, Japan, Singapore, and Hong Kong. Finland joins them to make up the top five. The UK, Canada, the Netherlands, Ireland, and Poland have scored the next five ranks. Denmark is at rank 11, Germany at 12, and Russia at 13, ahead of the US at rank 14, Australia at 15, and New Zealand at 16. Brazil (38), Mexico (39), and Indonesia (40) are at the bottom. India doesn’t find a place in the top 40.

4 thoughts on “Top higher education systems in the world”