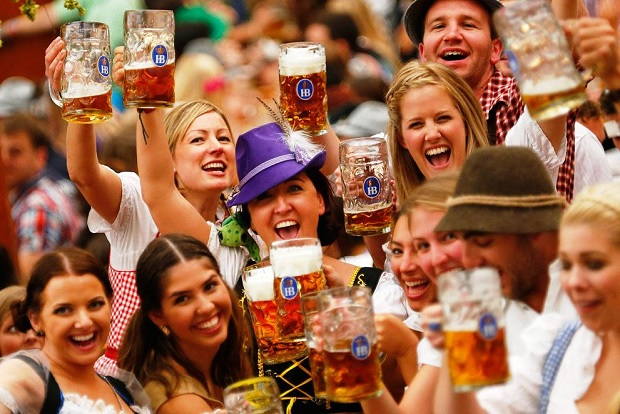 Oktoberfest isn’t the only thing in Germany that attracts international visitors. Education is the other draw, though it doesn’t get as much media attention.

Germany is known for its intellectual rearing of some of the most famous scientists, inventors and academics in the world. Even ones with professions miles away from science and technology, have heard of household names like the uber famous Einstein or the the man behind the first invention that paved the way for all the Benzs’, BMWs, Porsches and even Marutis of the current world, Karl Benz. And the list goes on if one were to count the number of Nobel laureates from Deustchland alone.

So it is safe to say that Germany has a favorable environment to train some of the best in the world. And with a more global approach to education, the rest of world has started taking note of the opportunities that this country has to offer.

According to IIE.org, there are 302,157 international students in mostly public, and some private institutions, in Germany as of 2020. With the majority being from China, India is a close contender at nearly 20,562 students or about 7% of their student population.

Apart from the historically rich education standard, Germany also has other head turning qualities in its system. Cost of a degree is far cheaper than US. Health Insurance is slightly pricier than peanuts (~ 50 Euros or INR 4400) and The German Academic Exchange Service, fondly known as DAAD (Deutscher Akademischer Austausch Dienst), besides other resources, provides funding opportunities to domestic and international students in Germany.

MS/Masters in Germany – The Basics

Here, we will cover some of the basics of getting into a graduate program in Germany, along with a few relevant statistics. The information has mainly been gathered mainly from DAAD India and IIE.org. Though the cumulative picture may combine both undergraduate and graduate, while we are more concerned about graduate students (about 162,400 in number), these numbers below show a trend in popularity of the subjects being pursued.

Having been acquainted with the popular fields, the most natural question then arises is where? The system of colleges familiar to us is not the story there. The University system in Germany is mainly of three varieties. The first is the usual Technological University (TU) kind which supports advanced degrees and research, including PhD.

The second caters to education and training in Applied Sciences, better known as the tongue twisting Fachhochshulen. These generally have ties to industries and are more akin to our version of professional degrees like engineering, business administration, etc. And finally there are specialized institutes teaching arts, music and other creative fields.

The top Universities in Germany, according to the QS World University Rankings of 2021, are among the best in the world. Some of the elites are listed here. The field and specialty specific University rankings is contingent on other factors and hence is possibly different from the overall rankings.

Unlike the traditional GRE system, there are no universal testing schemes in Germany. The application process is subject to the requirements of the individual schools. It is best to search the requirements particular to the department and course you want to study.

For example, your undergrad degree might be acceptable as the educational qualification needed by some German institutes. Whereas there are institutes that may require you to go through a selection examination in way of a written exam. Some may even need a GRE/GMAT etc.

There are two main varieties of Masters programs, International Programs mainly imparted in English, and the rest in German.

In case of English language programs, the Universities may need you to submit a proof of knowledge through the usual TOEFL or IELTS exams. The cut off scores are generally greater than 550 for Paper Based TOEFL, 213 for Computer Based TOEFL, 79 for Internet Based TOEFL, and 6.0 for IELTS.

For German programs, some of them may need you to qualify TestDaF (German as a Foreign Language Test) or DSH (German Language Test for the Admission of Foreign study applicants).

Universities work on a semester system. The Winter semester from October to March needs completed applications sent between March and June, while the Summer semester from April till September needs it done between September and December.

The details of what needs to be sent depends on the program and while a lot of Universities accept direct applications, some are enrolled with UNI-ASSIST which screens and forwards applications to the respective Universities. It is better to know who they are before sending in everything directly and have your application be frowned upon.

Cost of studying in Germany (in Indian Rupees and Euros)

Germany is extremely pocket friendly. Most of the costs are covered by the state so you may end up paying only a few hundred Euros (up to INR 25,000) in semester fees.

The rest of the costs involve renting and food which may make the expense of living in Germany a bit steep for Indians. With rents costing about 700 Euros (~ INR 61,500) per month and the rest about 200 Euros (~ INR 17,500), it may become necessary for students to look into scholarship and funding.

The stipendiumplus.de website provides information of funding opportunities from various organizations supported by the Federal Ministry of Education and Research (BMBF) which provides over 240 million Euros in scholarship money to young talents in research.

Other funding sources include The Deutschlandstipendium which provides financial and other support to students from all over the world. The scholarships are funded by private contributors, matched further by the Federal Government making for a financial support of 300 Euros (~ INR 26,300) per month.

Also available are the Erasmus Mundus Joint Master Degrees (EMJMDs) offered as part of the cooperation between EU and non-EU academic collaborations.

In other words, there is no dearth of options available to interested and qualified students from anywhere in the world. Finances shouldn’t be a concern stopping you from exploring Germany as your Masters destination.

Finally, Germany is well known for its inventions, its culture of hard work, industry and above all, its research. With a Masters from the Deustchland, you can expect to be trained not just by some of the best but also trained as the best.

Keeping the gains of quality in mind, it is not a surprising fact that the number of Indian students has quickly risen from virtually insignificant, even as recent as 2011/12, to 21,000 that were seen to make a move to Germany in 2020. So explore your options and take on the opportunity to enhance your knowledge and thus your career.

Note: For more information on the effect of the Covid 19 pandemic on studying in Germany can be found here on DAAD’s official website.