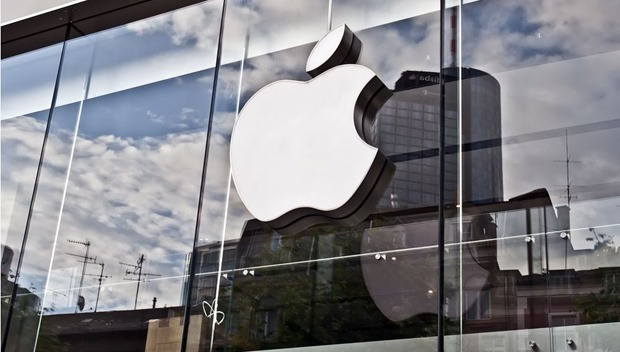 You have spent a fortune on earning an MBA from a top school. When you consider your job options, what are the top companies that you should consider? We take a look at some of the major employers of business management graduates that are ideal places to build a career.

Amazon, the world’s largest Internet-based retailer, founded in 1994, is also the world’s largest cloud infrastructure services. Amazon is among the biggest employers of MBAs in the tech industry, along with Microsoft, Google, and Apple. It is where your job search should take you, particularly if you have a well-developed knack for innovation and a traditional academic and work background with deep analytical skills. MBAs usually play eight different roles at Amazon, ranging from finance and HR to retail and Web services.

Read how this bschool grad got an Amazon job offer completing his MBA on a full scholarship.

Apple, the world’s largest IT company by revenue, was founded in 1977. With Tim Cook, an MBA from Duke Fuqua at the helm of affairs, Apple has increased recruitment of MBAs. Apple recruits from HBS, Stanford GSB, Carey, Haas, and Tepper, besides Fuqua. Internship route is a good way to get hired by Apple. Apart from a great attitude, Apple looks for a willingness to learn, ability to work in teams, and understanding of consumer products.

Part of the “Big Three” consulting companies, Bain & Co. has offices in 34 countries and employs 5,700 people. It was set up by seven former partners of the BCG led by Bill Bain. Bain and Co. is looking to recruit from a more diverse pool of b-schools and countries. While considering candidates, it gives weight to overall academic performance, analytical skills, leadership potential, and quality of work experience.

The Boston Consulting Group, with a presence in 45 countries, is one of the best companies for MBAs to work for. Along with Bain and McKinsey, BCG forms the “Big Three” consulting firms, helping private, public, and nonprofit organizations become more profitable by improving their strategy and smoothening their supply chain. It employees more than 12,000 people. BCG has been named the third best-paying company for MBAs with a total package of $219,000. It looks for shining academic and professional backgrounds and extracurriculars that show involvement in organizations, besides resilience, adaptability, and language skills. Ability to apply data to guide decisions and knowledge of the BCG and its industry are other requirements.

Citigroup’s original avatar, the “City Bank of New York,” was established in 1812 to help New York compete with rival cities. The modern Citigroup came into being in 1998. Citigroup is one of the biggest employers of MBAs, holding its own with other giants in its sector, such as JP Morgan and Goldman Sachs. Citigroup is known to have a preference for candidates with a “global mindset and strong analytical and communication skills.” Among its favorite hunting grounds are Cornell Johnson, Olin, and McDonough b-schools. Citigroup has a high ranking in the corporate world in MBA internships, during which students spend ten weeks with Citi executives.

Deloitte, a UK-incorporated company established in 1845, is headquartered in New York. It is one of the “Big Four” accounting firms and the world’s largest professional services company by revenue. According to a 2016 Business Insider article, Deloitte was the best-paying consulting firm for MBAs with a base salary of $147,000, $35,000 signing bonus, and other incentives adding up to about $229,000. However, MBAs can choose to work in divisions other than consulting, such as technology, real estate, and risk. To get a job at Deloitte, the candidate should graduate from one of the top 40 global b-schools, have three to five years of work experience, preferably in a large company, besides analytical skills, leadership capabilities, and communication skills.

Facebook, the social networking service, launched its website in 2004 and now provides services in 140 languages. Facebook prefers candidates who can bring a high level of creativity to their approach to problem-solving. Some roles at Facebook require a technical background, but a passion for Facebook’s mission to make the world connected is mandatory for all positions. Facebook’s three-month internship often proves to be a route to employment.

Goldman Sachs, a top investment banker founded in 1869, provides a range of financial services. Many MBAs start at Goldman Sachs in investment banking or private wealth management, but there are also opportunities in asset management, finance, global investment research, merchant banking, and securities. Ability to work collaboratively, a strong sense of ethics, work experience, a keen interest in the industry, and awareness about global developments and how they might affect the industry are merits that should shine through in an aspirant’s CV.

One of the biggest banks in the world, JP Morgan recruits for investment and private banking and for sales and research positions. A strong academic track record is mandatory in candidates, and the company looks at job-seekers from diverse backgrounds, not just from the financial sector. JP Morgan appreciates the value of those who shift careers at the MBA level. Among internship programs, JP Morgan has evolved the Winning Woman MBA Internship Program, which gives female MBA students a chance to observe successful women professionals at work.

McKinsey is widely considered the biggest management consultant company in the world. Founded in 1926, McKinsey’s clients now include 80 percent of the world top corporations. It hires more MBAs from the world’s top b-schools than any other organization. It is also the most selective, hiring just 1 percent of over 225,000 applicants. McKinsey looks for MBAs who have exceptional problem-solving technique and the ability to work well in teams, leadership potential, and people skills.

Read how this reapplicant got into an Ivy League MBA and went on to work for McKinsey.

Microsoft, the world’s biggest software maker, founded in 1985, is one of the most valuable companies globally and a big recruiter of MBAs among tech firms. Microsoft hires MBAs for disciplines such as technology evangelism, finance, marketing, operations, and sales in 70 countries. It seeks at least seven years’ experience in its MBA hires and puts them through its MACH program for new university hires to prepare them for full-time roles.

Morgan Stanley, a leading provider of financial services worldwide, has 55,000 employees in 42 countries. Even during a season of job cuts and restructuring, Morgan Stanley is hiring new recruits, including MBAs. MBAs in finance take home the biggest salaries, and investment banking is the top paymaster. Morgan Stanley has surpassed even tech giants such as Google and Apple when it comes to MBA salary. Metro MBA quotes Bloomberg News to say that Morgan Stanley accepts only about 10 percent of job applications for its summer internship, a program that provides 80 percent of its new MBA recruits. Jobs at Morgan Stanley go mainly to great team players who graduate from the top business schools, such as Stanford GSB, Tuck, Columbia, and the London Business School.

The Walt Disney Company, the world’s second largest media conglomerate after Comcast, was founded in 1923 by Walt Disney and his brother Roy Disney. Disney hires MBAs to work at its movie studio divisions, theme parks, media companies, and global resorts. Opportunities exist in myriad departments of the company, including technology, accounting, human resources, marketing, engineering, management, and journalism. Disney offers internships to students of top-tier b-schools, who get opportunities to showcase their skills to the top executives. Disney looks for innovators and candidates with good communication skills.

As for India, the ET Top Recruiters’ Survey based on Class of 2016 data from the nation’s 26 top b-schools named Deloitte, which hired 282 MBAs from these schools, as the top recruiter.