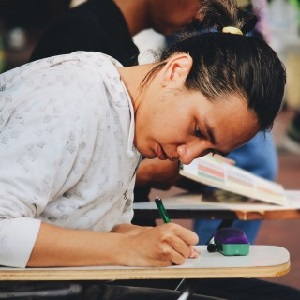 A grade nondisclosure (ND) policy refers to a prohibition imposed in some business-management schools on students revealing their grades or GPAs to recruiters until they have been hired.

It also bars recruiters from asking interns and graduates about their grades. However, students can make known to recruiters their undergraduate GPAs or their b-school test scores, honors, or awards.

But make no mistake, grades, such as A, B, C, and D in some schools, and Honors, High Pass, Pass, and Fail in some other schools, are actually awarded even in schools with grade nondisclosure policies. There may even be a minimum grade requirement.

While seven to nine of the most selective b-schools in the US have instituted ND policies, only a few schools in the rank 20-50 range have adopted it. In most schools, ND policies are adopted by students, while in a few the school administrations have imposed it. A school with a grade nondisclosure policy in one academic year may not have it the next year if the students vote it out or if the school administration decides to withdraw it. But students almost always vote in favor of continuing the ND policy of their school.

Booth, Columbia, Haas, Ross, Stanford GSB, and Wharton are among the top schools with grade nondisclosure policies, according to online sources. The grade nondisclosure policy at Columbia reads:
“We choose to refrain from disclosing specific class grades, GPAs, or transcripts pertaining to our classes at CBS to potential employers until we accept a full-time, post-graduation position with an employer. We celebrate the achievement of those among us with exceedingly distinctive academic performance, and therefore, awards [ . . . ] and academic honors bestowed by Columbia University (e.g., Dean’s List) may be disclosed to potential employers.”

The many shades of grade nondisclosure

Online sources suggest that there are many ways in which schools manage the grade nondisclosure issue. A few school management teams institute the ND policies themselves. Many others leave the matter to their student bodies. Some schools and school bodies allow the individual student to decide. Some other schools don’t officially release GPAs but let students release them. A few schools use elaborate methods of grading for use by recruiters (see Resources No. 8 on how MBA students are graded).

Many shades of grade nondisclosure policies exist. For example, it may bar students from revealing their GPAs on resumes uploaded on their school’s job database, but it may allow them to mention their grades in applications they send directly to recruiters or at interviews held outside their school campus. Some policies impose restrictions only during the first round of job interviews on school campuses, permitting students to reveal information at the second round at their prospective employers’ offices.

How do recruiters look at grade nondisclosure?

Generally speaking, grades are just one piece of data for MBA recruiters. Investment bankers and consulting firms are known to ask their candidates for their GPAs regardless of their school policy. Marketing firms, on the other hand, may not ask for grades at all.

A Deloitte recruiter is quoted by Bloomberg as saying that it doesn’t matter if a candidate’s GPA is not available. “We can glean from the resume what kind of involvement the student has in the campus.”

At GE, the recruiters insist on a 3.0 minimum GPA. If GPA is not available, then they look at the courses and activities of the candidate during b-school. There is also the undergraduate GPA to assess the candidate further.
Read Average GPA for top MBA Programs

“What’s the point of coming to school to just do what you’re already good at?” asks one MBA blogger.

Advocates of grade nondisclosure argue that it enables students to opt for new and more challenging classes without fear that this might bring down their GPAs. A student in a school with ND would unhesitatingly select a course that she is interested in without fear of grade repercussions that her choice could bring. She would not have to worry about unfair competition from another student who is an expert in the same topic.

With ND, students don’t have incentives to choose a topic they are familiar with just to ensure high grades. In other words, there’s no encouragement for taking the easy way out. Students are free to join classes that provide them an experience that b-school is supposed to provide.

Indeed, one of the main advantages that students in a grade nondisclosure school enjoys is the absence of academic competitiveness, which paves the way for better networking among them and opportunities to develop genuine relationships.

Many b-schools have a maximum limit for As that professors can award for a course, and this engenders fierce competition among students for the top grade. In some cases, professors are forced to change As to Bs because there are too many of the former. Students who have worked very hard are aghast at getting a B, which may have been once an A toned down to a B by their evaluators.

In a 2011 survey, the Graduate Management Admission Council found that a majority of MBA recruiters looked mainly for candidates with adaptability, creativity, initiative, integrity, and professionalism. High grades might come only at the bottom of their list of requirements, if at all.

At least some business professionals feel that MBA candidates distinguish themselves by showing their involvement in academics and also extracurricular activities and by winning awards and honors as a b-school student. These signal to recruiters qualities in students that are more useful in real-world business situations than mere high grades.

Opponents of grade nondisclosure, who include faculty members, agree that no one feels students should focus on grades to a point where the importance of absorbing the b-school experience is lost. But they say that students in grade nondisclosure schools have been known to take it easy in class as they do not need to reveal their grades to prospective employers.

A Freakanomics blog refers to a Wharton Journal article that mentions a 22 percent decline in the time students spend on their studies in the first four years after their school has passed a grade nondisclosure policy.

The blog also quotes a paper from two Wharton economists and their discussion of what is known as “signalling”—conveying trusted information through signals. For example, an MBA recruiter at an elite b-school with grade nondisclosure would have no way of finding whether a candidate is good at estimating the value of bonds or creating marketing proposals, for example. The only signal that the candidate might be good enough would be the fact that he or she is from a top b-school.

But that may or may not be true, as the student may not be particularly resourceful in these areas. The Wharton economists argue that students at elite schools with grade nondisclosure “reduce the accuracy of their signal” by passing nondisclosure policies.

They argue that the real reason why students at elite schools are more likely to adopt ND is that it allows average students to reduce their academic effort without risking their chances of achieving the average wage when they are recruited. They can pull through just by dint of their elite-school tag, since that already shows their value to recruiters—they were bright enough to be admitted to a top MBA program.

Of course, students of less selective schools cannot depend on status. They have to achieve the best grades possible, and they have to be able to show them to their prospective employers. Students at lower ranked schools, therefore, suffer the most because of any nondisclosure policies at their schools, say ND opponents.

They say grade nondisclosure also hampers a sense of personal achievement. Top students work hard and like to make their grades known, not only to potential employers, but to even their classmates. More importantly, when it is time for campus recruitment, they can easily distinguish themselves from their class, which is a badge gained through hard work, no matter the debate about the merits and demerits of grade nondisclosure.

In view of the falling standards of academic effort at elite schools with grade nondisclosure, some schools have brought in minimum grades that students need to achieve, so that students do not feel that it is all a free ride once they gain admission. Wharton students, for example, reportedly face dismissal if they score in the bottom decile in at least five credit unit courses during their first year or eight courses over two years.

Also read:
– Problems an average student can face in an elite MBA classroom

5 thoughts on “Grade nondisclosure policy: Pros and cons to consider before choosing a program”