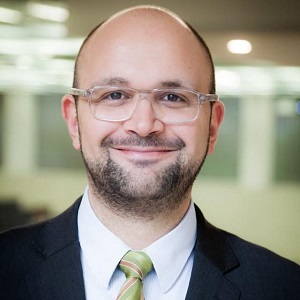 Professor Matteo Winkler from HEC Paris is an expert in the areas of arbitration, litigation, LGBT issues, Internet law and family law. He is also an active blogger in Italy for civil rights and fundamental freedom.

He completed his Ph.D. in International Law & Economics from Bocconi University and obtained an LL.M. (Master of Laws) from Yale Law School.

Swati from the MBA Crystal Ball editorial team caught up with Professor Winkler to get some insights on why workplace diversity plays such an important role today and what companies can do about it to stay competitive.

MBA Crystal Ball: In the context of companies, how would you define diversity?

Professor Matteo Winkler: As I explain to my students:

Diversity is a fact, inclusion is a mission.

Talking about diversity means to recognise that the societies we live in are, by definition, heterogeneous. Such heterogeneity has consequences of great impact for companies: if they want to attract talents, companies need to be competitive, understand diversity and learn to manage it accordingly.

MCB: Why has it gained prominence only in the recent years?

Professor Winkler: This is certainly a recent trend, mainly caused by the globalisation of labour. People move more frequently than in the past and, thanks to social networks, access job opportunities that, a few decades ago, were simply unreachable.

Increased travelling opportunities thus allow talents to reach potential jobs, and companies to have access to a broader talent market. In turn, companies’ increasing attention to diversity creates a virtuous circle that aims at matching the right talents with the right jobs. This is the major challenge for companies.

MCB: Why and how should a company improve workforce diversity?

First, companies should send a message to the market, signalling their welcome of all potential talents based on individual merits only and regardless of their origins, gender, sexual orientation, religion, race, birth, and so on.

The message must be crystal clear: come work for us and you will be able to express yourself at 100%. Signing charters on diversity like the one of French LGBT+ L’Autre Cercle, or adhering to specific programs led by dedicated global consulting firms such as DiversityInc, would be a great start.

Second, the hiring process must be neutral and, wherever possible, bias-free. Recruitment teams and human resource staff must be well-trained in this respect. Remember the example of blind auditions that allowed orchestras to get more women into their ranks: prejudices should be dismantled and the hiring process made as neutral as possible in order to detect the best talents.

MCB: How can an organisation make use of workforce diversity to its advantage?

Professor Winkler: The principle behind favouring diversity and inclusion is very simple:

Productivity increases when employees are 100% themselves at work.

Because we spend long hours at work, keeping work and life totally separate has become virtually impossible. It is therefore important that companies allow employees to express themselves fully while at work. This favours trustful relationships among colleagues and hence increases team-building capacities.

To accomplish all this, companies should change their corporate culture towards a model that combines top-down and bottom-up processes: in other words, a statement from the top management that praises diversity and inclusion as fundamental corporate values and allowing internal associations to flourish spontaneously.

From a legal standpoint, both processes are important as they may decrease the company’s liability in case of allegations of discriminatory behaviours. They allow employees to feel welcomed and properly valued.

MCB: How does it impact the employees?

Professor Winkler: As I mentioned briefly above, a company’s attention to diversity impacts employees on three occasions : before, during and after recruitment.

Before recruitment, talents look at companies that care about diversity, and that have policies favouring inclusion in place at various levels. Publicly available rankings and indexes on diversity, and court cases about discrimination help a lot in this phase.

During recruitment, attention to diversity means for companies to create bias-free selection processes.

Once recruited, the employee should count on internal mechanisms of discrimination prevention and promotion of inclusion.

MCB: What have been the challenges facing the implementation of diversity within an organisation?

Professor Winkler: A few years ago, when I was practicing law, a colleague of mine came to me and expressly asked to keep my hands in my pocket while meeting with clients.

The justification of such a request was apparently due to the the fact that my way of moving hands could irritate clients from Middle East countries as I could seem ‘too gay’ for them.

I felt annihilated by it, as my way of hand moving is obviously part of being myself and should not be confused with my competences or being a good, professional lawyer.

This is only an example of what happens in companies on a daily basis: comments and jokes pertaining to a colleague’s gender, sexual orientation or religious appearance are part of our ordinary lives. The point is that all these challenges are inherent in diversity management per se.

Among the many questions are:

MCB: How can diversity management be incorporated within a company’s recruitment process?

Professor Winkler: Remember the blind auditions that opened orchestras to women. This is a great example as to how recruitment should be processed: in short, bias-free. How to do that concretely is another story.

For most jobs, blind evaluations are impossible, simply because the candidate’s CV shows characteristics that trigger common prejudices, starting with the name – a common feature of discrimination for Muslim people.

Companies are studying remedies such as the use of advanced technologies, artificial intelligence and structured interviews, and, before all this, issuing job postings in a way to appeal to the widest possible pool of talents.

The latter is certainly the first step for a company to signal its inclusive policies.

MCB: Can you cite some examples of corporations who’ve adopted diversity strategies? To what extent have they been successful? How has it brought about a change within their organisation?

Professor Winkler: One company I have personal experience with is BNP Paribas, whose head of diversity and CSR I invited several times to talk at HEC. BNP is a particularly interesting model: it signed the LGBT+ charter of L’Autre Cercle and improved its internal community of LGBT+ employees through an association called Pride. The purpose of this combination of a top-down and a bottom-up process is to make gay and lesbian people feel welcomed at BNP.

Other inclusive companies are BCG, Sodexo and Accenture, whose being inclusive has certainly increased their ability to attract talents. Another change entails the creation of internal mentoring programs. In this respect, for example the global bank Credit Suisse provides an extended career break for employees that requires training, specific project and, as said, individual mentoring. Packages like these represent a clear sign that companies are ready to invest in their employees’ career, hence they care about them.

MCB: Is there such a thing as too much diversity, resulting from over-focussing on diversity initiatives?

Professor Winkler: It is hard to see how ‘too much diversity’ could develop in the first place. Companies that manage diversity badly tend to become less competitive in the long term and experience a high employee turnover. Thus the problem does not arise from ‘too much diversity’ but rather from (bad) diversity management.

A few months ago, OpenInvest and HIP Investor have ranked the worst U.S. companies when it comes to gender diversity, among them some operating in the oil industry. These are companies that have poor diversity and need to improve. It is there that we need to work.