Your face can be your fortune, even if you aren’t working in showbiz, according to Christopher Olivola, Assistant Professor of Marketing at the Tepper School of Business (Carnegie Mellon University).

Based on his extensive research on the topic, Professor Olivola shares many interesting insights with Swati from the MBA Crystal Ball team.

Q & A with Professor Christopher Olivola

In conversation with MBA Crystal Ball 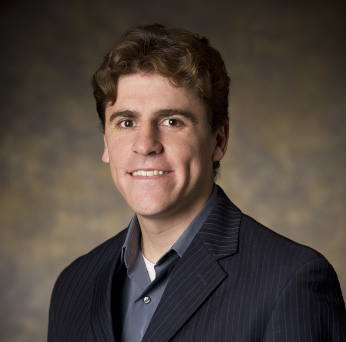 Professor Olivola: There is a growing amount of evidence that people form impressions about other people’s underlying traits (e.g., their competence, trustworthiness, and even political ideology) from their facial features alone.

These face-based inferences, in turn, have been shown to influence a variety of decisions, such as voting, criminal sentencing, and financial investing.

MCB: Which facial features are most commonly associated with successful business managers?

In fact, more competent-looking CEOs end up with higher salaries, even though they do not produce better results (all else being equal).

I’ve also found, in my own research, that the CEOs of Fortune 500 companies tend to have very competent-looking faces when compared to other types of top-ranking leaders in the military, politics, or sports.

Again, it is not clear whether looking stereotypically like a business leader is an indication of actual business leadership or whether more successful companies are biased to hire CEOs with ‘business-looking’ faces.

MCB: Apart from the face, how much does a person’s overall appearance influence perceptions?

Professor Olivola: Surely other aspects of appearance matter a great deal as well. For example, there is research showing that putting on makeup influences how women are perceived by others. However, my research has mainly focused on facial morphological features (e.g., shape of a person’s face), and not on other appearance cues.

In fact, in our research, we strive to eliminate or ‘neutralize’ the influence of other visual cues, so that they do not inadvertently influence our results.

Professor Olivola: Facial appearances have been shown to predict or influence a number of social outcomes.

Our own research has shown that they predict voting (politicians who have more competent-looking or conservative-looking faces tend to receive more votes), financial investments (people are more likely to trust and invest in a potential business partner who has a trustworthy-looking face), company performance (as I mentioned above), and even dating success (e.g., men who look more fun and outgoing tend to attract more interest from women, and this occurs independently of their physical attractiveness).

MCB: To what extent does facial appearance have a relation with the selection into particular leadership domains?

This suggests that perhaps leaders are selected into particular domains at least partly based on how their faces look. Of course, this is just a hypothesis at this point. We need more research to be carried out before we can draw any definitive conclusions.

MCB: Since facial features are influenced by genetics more than behaviour or potential, is there any correlation at all between people’s perceptions and reality?

But, to answer the main question: Our research suggests the relationships between perceptions and facial appearances are very weak at best, and possibly nonexistent. Specifically, we’ve found that human perceivers are quite poor at judging a person’s underlying traits from their facial features alone.

Most of us are at chance when trying to guess, for example, a person’s political leaning or trustworthiness, from faces alone. More importantly, there are other, much more predictive cues that we tend to neglect when we focus on appearances.

MCB: How do these perceptions get altered over time based on the person’s age, weight changes?

Professor Olivola: Great question. Unfortunately, there has (to my knowledge) been very little work on this question, and I am not that familiar with what little work has been done.

MCB: Do these perceptions change across cultures?

Professor Olivola: Another great question. Again, while there has been some work done on this question, I’m not enough of an expert to provide a satisfactory answer.

MCB: What is the ranking of facial features in terms of influence (starting from the most impactful to the least)? Or does it change based on the dominant feature for each face?

Professor Olivola: The influence of facial features depends on the particular domain. When it comes to success in politics, the research we (and others) have done suggests that facial competence is by far the best predictor (among the set of facial features that people have studied). For judgments in the criminal/legal domain, by contrast, facial trustworthiness is the likely “leader”.

Moreover, the importance of some facial features seems to depend on who the perceivers are. For example, my colleagues and I have shown that political candidates running in conservative US states obtain more votes the more they have conservative-looking faces (relative to their rivals).

However, this is not the case in left-leaning states, where a conservative-looking face neither harms nor benefits candidates.

MCB: How do people form perceptions of trustworthiness, competence and attractiveness based on facial attributes?

MCB: How can people (those being judged) use this knowledge in practical ways to avoid unfair bias?

Professor Olivola: That’s a very difficult challenge to overcome since the human mind is so quick to perceive, analyze, and judge facial features.

One thing we can do is try to select better photos for our professional and social webpages (e.g., selecting a particularly competent-looking photo for our Linked profile).

Beyond that, the best we can do is try to convey a positive first impression through our actions, our words, and our body-language.

Read this related post – Best degree to become a CEO