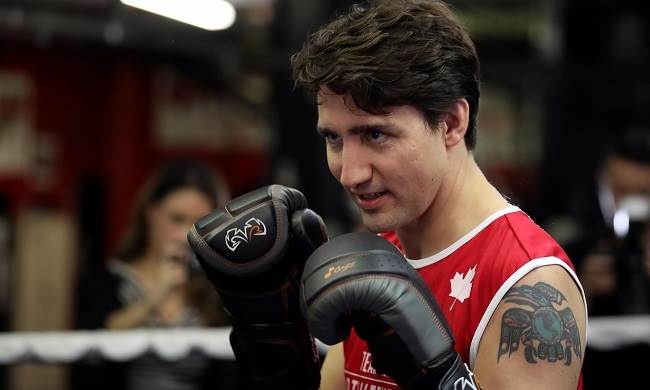 As colourful as it is, could this really be the resume of a world leader? You bet it is. But, then, not everyone is like Canada’s youthful, charismatic and unconventional Prime Minister Justin Trudeau.

As a lad, he was a lousy student and his teachers even summoned his parents to school, in a desperate bid to boost his grades. He went on to secure a degree in law and fulfil his life’s ambition of becoming an intelligence officer – in the KGB.

Yes, that about sums up the academic stripes of Vladmir Putin, who doesn’t seem to share anything in common with Trudeau, except that they are both heads of state.

Or is there more than meets the eye?

Well, the answer may be found in a study on professional leaders, conducted by the British Council in association with Ipsos Public Affairs. Drawn from 30 countries, all the 1,709 leaders surveyed had higher education qualifications.

The study, whose results were released in June 2015, aimed to analyse the academic road map of the professional leaders surveyed and assess what exactly in their higher education contributed to their success.

Bottom line: Is there a specific degree that qualifies you to become a leader?

We’ll come back to Trudeau and Putin in a bit and, to start with, let’s look at how the study defined ‘leadership’.  According to the research, which surveyed leaders in the political field, corporate world as well as non-profits, leaders were defined as “those who are in a position of influence within their organisation and their sectors”.
Read Best degree to become a CEO and Best degrees to get rich

Here’s a summary of findings of the British Council study:

The study also found that a majority of leaders in government favoured social sciences, while those in non-profits leaned towards the humanities. Another interesting finding: over half of professional leaders held an advanced degree, either a Master’s or doctoral degree.

2. Not only were social sciences and humanities favourites, these fields were favoured more by younger leaders (aged 45 and less) than older ones, many of whom had technical degrees (STEM or Science, Technology, Engineering, Math), among the respondents.

Significantly, 46 per cent of respondents had international experience of some sort. They had either studied or worked overseas, whereas 17 per cent had done both.

International exposure improves ‘soft’ skills as it helps develop a sense of empathy, improves cross-cultural understanding and boosts communication skills manifold. It also broadens one’s perspective and facilitates tolerance, all of which are critical when leading a team, a company or a nation.

3. Besides the skills and knowledge learnt during formal education, the respondents also reported that their experiences beyond the classroom – extracurricular activities – were key factors in developing leadership skills.

So whether pursuing a sport, working as a volunteer or learning to code, all these activities helped create networking opportunities, offered exposure to multicultural experiences and facilitated communication skills.

4. As if being a leader isn’t tough enough, helming an organisation is even more challenging and tricky in a world that is growing increasingly complex, more and more interconnected and no longer defined by traditional boundaries.

Yet young men and women are consistently cracking the code and going on to become great leaders, some of them even iconic personalities.

The researchers of the study point out that being a leader today, either in politics or the corporate world, calls upon an individual to be able to address complex human challenges with critical analytical and interpretative skills.

It requires one to analyse a situation from multiple reference points and go beyond data to look at the inherent human dimension. Successful leaders are also high on empathy, which is the ability to see something from another individual’s point of view.

Social sciences and humanities offer excellent opportunities to acquire these skills as is international experience, which is probably why these two factors topped the survey’s findings. Technical degrees no longer prepare one for a leadership role, even in business and industry, the study suggests.

We figure you guessed where we were going with the Trudeau and Putin anecdotes, and for those who didn’t Google the educational backgrounds or work experience of these leaders, here’s why we mentioned them. While both of them have wildly contrasting leadership styles, each one validates the British Council survey –in very different ways.

Trudeau has two liberal arts degrees – a Bachelor’s in Literature and another in Education – and he taught French, Math and Humanities, apart from being an occasional actor and boxer!

On the other hand, before he came to power, Putin had five years’ international work experience. What the young and ambitious Putin did as a KGB intelligence officer between 1985 and 1990 in East Germany is still classified but it groomed him well for his calling as Premier of Russia.

Interestingly, at the other end of the continuum, there are some hugely successful corporate icons who are college dropouts – Michael Dell, who started Dell from his college dorm room; Daniel Ek, who founded Spotify;  Sophia Amoruso, a community college dropout who founded Nasty Girl, a multi-million dollar store on eBay that sells vintage women’s clothing; Matt Mullenweg, who was developing WordPress at the age of 20; and,closer home, Azim Premji, chairman of IT giant Wipro; and Gautam Adani, chairman of the Adani Group.

So what are we really saying?

It’s simple: if you’re not one of those geniuses who will one day make it to a Forbes’ list or the world stage based on your raw talent, you had better get an advanced college degree, preferably in humanities or social sciences.

7 thoughts on “Academic Qualifications of the Top World Leaders: Nope, it’s not MS or MBA”