Although much is written these days about Indian students going abroad for studies, the trend is hardly new. Not only Mahatma Gandhi, but also Jawaharlal Nehru crossed the seas in search of learning. So did Dr. B. R. Ambedkar and many other Indians, famous and not-so-famous.

Student migration began in the colonial times, when the British selected bright Indians for study in Britain with the aim of developing a corps of officials to help them govern “ungovernable” India. Students continued to go to the UK after Independence, and they also later discovered educational opportunities in the US and Europe. Now, over 300,000 students board flights not only to America and Europe but also to Australia, New Zealand, Canada, and even Asian nations.

We thought it would be worth finding out about famous Indians who have studied abroad. Here we give you 20 living legends (?) with foreign degrees:

Ratan Tata (b. 1937):Chairman Emeritus of Tata Sons, Ratan Tata saw the Tatas’ profit increase over 50 times during his 21-year tenure at the helm of affairs, making the group the top business organization in the country. Ratan Tata, who has a B.S. in Architecture from Cornell University (1962), completed the Advanced Management Program from Harvard Business School in 1975.

Anil Ambani (b. 1959): Anil Ambani, Chairman, Reliance ADA Group, heads Reliance Capital, Reliance Power, and Reliance Infrastructure. He has major interests in the entertainment business that include 44 FM stations, multiplexes, animation studios, and a nationwide DTH service. He holds an MBA from the Wharton School, University of Pennsylvania.

Rahul Bajaj (b. 1938): Rahul Bajaj, Chairman of the Bajaj conglomerate, overcame the permit dispensation of the 1970s to take his group to great heights during the 1970s. He is an alumnus of the Harvard Business School.

Dr. Manmohan Singh (b. 1932): Dr. Singh, two-term Prime Minister of India, was the architect of the country’s economic reforms program as Finance Minister for five years from 1991. He holds an Economics degree from the University of Cambridge, UK, and a D.Phil. in the same subject from Oxford University.

Kapil Sibal (b. 1948): Kapil Sibal has held various portfolios in Congress governments, such as Science and Technology, HRD, IT and Communications, and Law and Justice. He holds an LL.M. from the Harvard Law School.

Najma Heptullah (b. 1940): The former Congress leader, now a BJP leader, was Deputy Chairman of the Rajya Sabha for 16 years. Heptullah, now Minister for Minority Affairs in the Union Government, holds a PhD in Cardiac Anatomy from Denver University.

Shashi Tharoor (b. 1956): Perhaps the most articulate of Indian politicians, Shashi Tharoor is a Congress MP. Asa career official at the UN, Tharoor became Under-Secretary General for Communications in 2001 and, in 2006, unsuccessfully contested for the post of UN Secretary General against Ban Ki-moon. He earned his MA, MALD (Master of Arts in Law and Diplomacy), and PhD from the Fletcher School of Law and Diplomacy of Tufts University.

Arun Shourie (b. 1941): As Editor of Indian Express,Arun Shouriewas the media’s greatest warrior against the Emergency, declared by Indira Gandhi, in 1975. He was Minister of IT and Communications in Vajpayee’s government. He holds a doctorate in Economics from Syracuse University, New York.

Vir Sanghvi (b. 1956): Vir Sanghvi, journalist, author, and food critic, became the youngest editor in the history of Indian journalism when he was appointed to the top post at Bombaymagazine. At 30, he became Editor of Sunday. He was also Editorof Hindustan Times.Sanghvi, who has also hosted several TV shows, read Politics, Philosophy, and Economics at Brasenose College, Oxford. 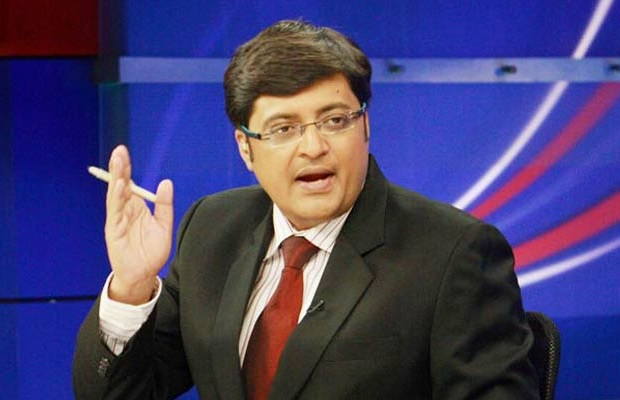 Arnab Goswami (b. 1973): Arab Goswami is perhaps the most popular and the most parodied Indian TV anchor. He holds a Master’s in Social Anthropology from Oxford University’s St. Antony’s College.

Romila Thapar (b. 1931): Professor Emerita at Jawaharlal Nehru University, Romila Thapar is a renowned historian and author of the classic A History of India. She holds a doctorate from the School of Oriental and African Studies, University of London.

N. R. Rao (b. 1934): Bharat Ratna and National Research Professor C. N. R. Rao is Honorary President of the Jawaharlal Nehru Centre for Advanced Scientific Research, Bangalore. He is a renowned scientist who has mainly researched solid-state and structural chemistry. He earned a PhD from Purdue University in 1958 and holds several honorary degrees from foreign universities.

Girish Karnad (b. 1938): Girish Karnad is a nationally acclaimed writer, film director, and actor who won the Jnanpith in 1998 besides several awards for his films and plays, most of which he wrote in Kannada, his “adopted language” (Konkani is his mother tongue). He earned an MA in Philosophy, Political Science, and Economics as a Rhodes Scholar from Oxford University.

Raghuram Rajan (b. 1963): Rajan, Governor of the Reserve Bank of India, was Chief Economist of the International Monetary Fund from 2003 to 2007, the youngest person to occupy the position. He holds a PhD in Management from the MIT Sloan School of Management.

Indra Nooyi (b. 1955): Indra Nooyi, Pepsi CEO, has often been listed among the most powerful 100 women in the world. She is a postgraduate in Public and Private Management from the Yale School of Management (1978).