Isaac Smith is an assistant professor of management and organizations at the Samuel Curtis Johnson Graduate School of Management at the Cornell College of Business, Cornell University. He has been the recipient of numerous academic honors and awards, and his research has been recognized and received media coverage through leading publications.

In this interview with Swati from the MBA Crystal Ball team, Isaac shares his views on ethical leadership & management and the intriguing morning morality effect.

In conversation with MBA Crystal Ball 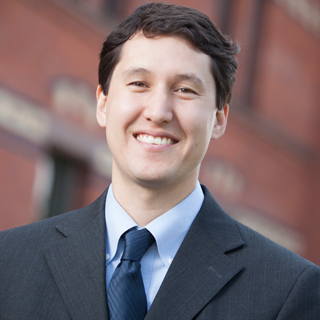 MBA Crystal Ball: Describe your transition from the corporate world to academia?

Isaac: A little over a decade ago, I enrolled in the MBA program at Brigham Young University with idealistic notions of using a business education to help battle some of the world’s social problems, such as poverty, economic development, and unethical behavior.

Whereas practitioners generally focus on applying knowledge, scholars focus more on creating knowledge (through research) and disseminating knowledge (through teaching). I also wanted the freedom to focus my time and attention on the issues and ideas that I was personally interested in, rather than being limited to those things pertaining to our clients’ needs. So I jumped from the corporate world into a PhD program and upon graduating joined the Johnson faculty at the Cornell College of Business.

While my day-to-day life in academia is completely different from what it was like in the corporate world, working as a scholar and teacher at a place like the Cornell College of Business gives me access to some of the world’s brightest MBA students and an amazing network of alumni that scatter the globe, working in some of the most successful companies and organizations in the world.

MBA Crystal Ball: Can you explain the concept of morning morality and how the time of the day influences unethical behavior?

Isaac: My colleague Maryam Kouchaki (Kellogg School of Management) and I conducted a series of studies examining the influence of the time of day on people’s moral or ethical behavior. We consistently found that, on average, people were less likely to lie and cheat in the morning than in the afternoon.

In a paper we published in the journal Psychological Science, we called this phenomenon “the morning morality effect.” Now, there is nothing magical, cosmic, or inherently moral about the morning hours, but we based our predictions, and ultimately our findings, on a broader body of research related to self-control and willpower.

Over the past several decades, a number of researchers have begun to use the metaphor of a muscle to describe the human capacity to exhibit self-control. In the longterm, for example, the more you exercise your willpower, the stronger it becomes. In the shortterm, however, a person’s ability to resist temptation is weaker after having just made a concerted effort to exert self-control.

Our willpower is thus like a muscle: It gets tired after use but can be strengthened overtime.

Maryam and I extended this idea to people’s everyday experiences. We wondered whether the simple decisions, temptations, and choices that people encounter during the course of a regular day could slowly weaken their willpower enough to affect their ability to resist temptation as the day wears on. In a series of experiments, this is exactly what we found.

People, on average, were more likely to act unethically in the afternoon. This finding has potential implications for those industries and fields where many of the important decisions and deals are made deep into the night. It raises important questions related to structure and timing within organizations.

Based on some follow-up studies conducted by a team of other researchers, as well as some of my own additional research, it seems that whether one is a “morning person” or an “evening person” also influences the effect that the time of day has on people’s moral behavior.

MBA Crystal Ball: What are the (intrinsic and external) triggers for unethical behavior among employees? How do people generally respond to unethical requests, especially when they come from someone in authority?

Isaac: That is a very broad question. Unethical behavior in organizations can certainly be the result of institutionalized corruption or the devious intentions of a single individual, but a growing body of research has also found that oftentimes people behave immorally without completely realizing it. It turns out that people can be experts at justifying and rationalizing their morally questionable choices.

Scholars have used terms such as self-deception, moral disengagement, ethical fading, bounded ethicality, and ethical “blind spots” to describe and examine people’s tendencies to behave unethically without fully recognizing the moral implications of doing so.

In general, most people desire to view themselves as good human beings, so finding systematic ways to help people become more morally aware and attentive can be a critical step in helping them avoid unintentional ethical behavior.

That said, a common trigger of unethical behavior in organizations is obviously when one receives a direct unethical request from another person. Your boss might ask you to “slightly alter” some numbers in a financial report. A customer or co-worker might ask you for free goods or services that you are not at liberty to give, etc.

It can be very uncomfortable when someone at work asks you to do something that you feel is crossing ethical boundaries—especially when the request comes from your supervisor or manager.

In fact, my colleagues and I have conducted a few studies that demonstrate that receiving unethical requests from your superior can actually decrease your overall motivation at work, leading your overall performance to suffer. So managers might want to be careful what they ask their employees to do. They may not realize that asking them to behave unethically can hinder their performance. Managers should be careful not to shoot themselves in the foot, so to speak.

MBA Crystal Ball: What are the positive and negative effects of ethical leadership?

By ethical demonstration, I mean the example of ethical conduct that leaders exhibit to their followers. Ethical leaders obey the law, follow the rules, treat employees fairly, etc. They demonstrate what ethical behavior in their organization should look like; they stand as a visible example. By ethical promotion, I mean the efforts leaders make to explicitly encourage their followers to be ethical, through direct communication, persuasion, training, and even reward systems that incentivize ethical behavior.

Acknowledging this positive link that previous scholars have found between ethical leadership and performance, my colleagues and I wondered when ethical leadership might backfire—particularly related to the ethical promotion aspect of it. We found that some employees react negatively when leaders urge or persuade them to act ethically.

In short, we found that while there is generally a positive relationship between leaders who promote ethics and followers’ overall performance and helping behaviors at work, we found that these positive effects were not as strong as they could have been because of the negative reactions of some followers.

Importantly, although perhaps unsurprisingly, we also found that one of the primary factors affecting how a follower responds to the ethical promotion of their leader is the quality of their relationship with that leader. Followers with strong, healthy relationships with their leaders were much less likely, on average, to react negatively to their leaders’ urges to act ethically.

So what would my advice be to leaders? Behave ethically yourself and promote ethics in your organization, but try to develop positive, quality relationships with those you are trying to lead. It’s not rocket science, but it’s somewhat surprising how many leaders don’t promote ethical behavior and don’t strive to develop positive, quality relationships with those they lead. There are performance benefits to ethical leadership.

MBA Crystal Ball: What can leaders do to fully engage their team members, motivate them, and ensure the best outcome from the team?

Isaac: Motivating others has long been considered a critical component of good leadership. Common recommendations, based on both research and practice, include, but are not limited to the following: pay employees well enough that the whole money issue is off the table; link rewards to specific behaviors you are trying to elicit (but watch out for unintended consequences); make sure employees feel that the procedures within the team or organization are fair and give them opportunities to voice their opinions and concerns; and have team members set difficult and specific goals and provide good mechanisms for receiving consistent feedback related to those goals.

Several decades of research have also demonstrated that leaders and managers can actually design employees’ jobs in a way that will help those jobs be more meaningful, which can increase employee motivation. Specifically, people tend to experience their jobs as more meaningful when they feel free to make some decisions for themselves, they get to use a variety of their skills and abilities, they get actionable performance feedback, they get to work on a product or service from beginning to end, and they feel like their job makes a positive difference and contributes real value.

Regarding that last point, a growing body of research is showing that one of the strongest predictors of meaningful work is the feeling that your work makes a positive difference in other people’s lives. Leaders can help motivate employees by giving them opportunities to see first-hand how their work is benefiting the lives of others.