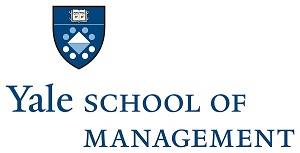 It may be passé to start a piece on Yale School of Management (Yale SOM, SOM) with a recounting of PepsiCo CEO Indra Nooyi’s “landmark” gift to her alma mater in early 2016.

But the fact is that Nooyi’s gesture put SOM firmly in the minds of bright and ambitious MBA aspirants once again.

We gathered some data specially for those with Yale SOM in their sights:

Yale SOM, part of the Ivy League Yale University, is located in New Haven, Connecticut. New Haven has warm and humid summers and cold winters with moderate snowfall, and the temperature ranges from -5 to 38 degrees Celsius. The city has numerous parks and arts centers, and is a foodie’s delight, with many restaurants offering cuisines, including Indian.

The campus of Yale University, New Haven’s largest tax-payer and employer, is dotted with historical buildings, including museums.

SOM is situated in the northern part of the university, in a new 225,000-sq-ft building complex, Edward P. Evans Hall, named after Evans as thanksgiving to this leading owner and breeder of thoroughbred racehorses, an alumnus who donated $50 million to the school.

The SOM faculty includes professors from all over the world, including India, teaching subjects as diverse as management, economics, accounting, finance, marketing, organizational behavior, and political science.

SOM offers a two-year MBA program, an MBA for Executives program, a Master of Advanced Management program, and doctoral and joint degree programs.

Yale SOM has evolved an integrated curriculum that takes management studies across various disciplines to help alumni better understand their organization as a whole and society in all its diversity.

SOM maintains H3 ties with Yale University, whose professors help enrich the school’s think-tank. Many SOM courses are taught by professors from various disciplines together.

SOM also uses the “raw case approach,” by which teams of students work on data from real situations and put forward their analyses.

GMAT or GRE scores are required. Applicants must fill out an online application, including an essay, provide transcripts from every college attended, submit two professional recommendation letters, complete the video questions, and pay the application fee.

International students need not have taken TOEFL, IELTS, or PTE Academic. Every applicant is interviewed.

There is no minimum GMAT or GRE score, and no minimum work experience is insisted upon, although, typically, successful applicants have an average of between three and five years of experience. Students for the Silver Scholars program are recruited directly from their colleges.

Students for the Silver Scholars program are recruited directly from their colleges.

Although SOM advises successful applicants to look for funding from their home countries, it provides information about lenders in the US. Alumni who work for public and nonprofit sectors are considered for loan forgiveness programs if they meet the eligibility conditions.

“SOMers” can be members of over 50 MBA student clubs, including career-oriented clubs, education clubs, innovation clubs, South Asian clubs, and even food and wine clubs. The clubs are forums for discussion and workshops that develop business and leadership skills.

Yale SOM seeks to educate leaders of business and society with an understanding of the interconnectedness of economies and enterprises around the world through the Global Network of Advanced Management, a consortium of global b-schools that it established in 2012.

SOM’s mission is to equip leaders to thrive in the ever-changing global economy by providing them with the big picture through management education. It aims at achieving this objective by bringing international business leaders to its campus, by implementing an integrated curriculum, and by disseminating its expertise in leadership and organizational behavior.

Historically, Yale SOM has held the upper hand in government and nonprofit management.

The Yale SOM Entrepreneurial Fellowship Program provides financial backup for Yale graduates venturing into their own startups. This adds to the already impressive Yale USP.

International students comprise nearly half of the class strength, US citizens and permanent residents about 40 percent. The majority (over 30%) of undergraduate majors belong to Humanities and Social Sciences, followed by Business, Engineering and Computer Science, Economics, and the least, roughly 10% percent, in Mathematics and Physical Sciences.

SOM’s Career Development Office provides assistance to students in writing their résumé and the cover letter. It also makes resources available for improving their interviewing and negotiation skills. The office offers one-on-one career counseling and also brings top recruiters to the SOM campus.

Statistics show that well over 45 percent of the SOM graduates go into Consulting careers, followed by Finance and Financial Services, Technology, and smaller numbers in various eCommerce, Nonprofit, Consumer Goods, Energy, and more.

A significant number (over 80%) get placed within the United States, with the rest in comfortable international positions. Yale graduates are also well received in the employment world, with over 90% securing job offers within the first three months of graduation.

The base annual salary range follows an impressive stat as well. In the recent past, the median salary has been around $125,000. Graduates are also privy to other compensations and benefits that could be as high as $50,000.

SOM raised more than $3.5 million from a record 53 percent of its alumni in 2017. These support scholarships, curriculum, research, immersion learning opportunities and Yale SOM centers and programs.