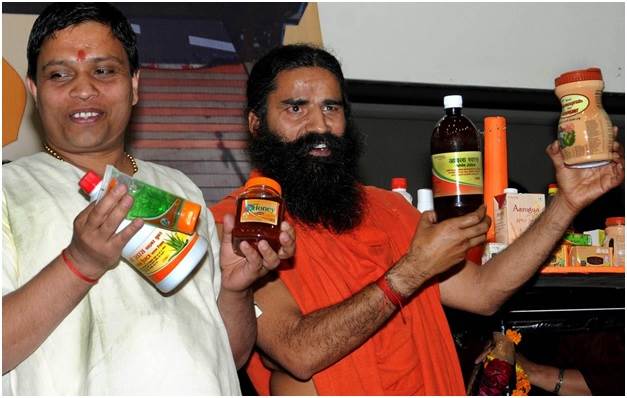 When reports came out that Patanjali Ayurved Ltd (PAL), promoted by yoga guru Baba Ramdev, had recorded gross revenues of ₹2,500 crore (around $380 million USD) in fiscal 2015, business strategists and journalists went into a tizzy.

How had this new kid on the corporate block outdone its more street-smart business rivals?

The answer holds key lessons for not only business analysts, but also entrepreneurs and MBA students who trying to do a SWOT analysis on Patanjali and evaluate its core competencies.

A quick search of the Internet would tell you that PAL, along with the yoga institution, Patanjali Yogpeeth, was founded by Ramdev along with his associate, Acharya Balkrishna, an Ayurveda practitioner, in 2006.

In a report, Credit Lyonnais Securities, a foreign stockbroking company, expressed amazement over PAL’s success: “Wish you were listed.”

But Acharya Balkrishna doesn’t delve too much into PAL’s growth, and says it was achieved without a business plan: “We don’t know markets or marketing . . . but what we know is serving the people by providing them high-quality products at attractive prices.”

Ramdev would agree: “We haven’t done this for business but for welfare. I am not doing this to amass personal wealth. Neither do I own a single share of Patanjali Ayurved nor do I take a single penny to promote it.”

They probably know “business plan” by some other term, because PAL certainly has a clear holding pattern, a well-developed supply chain, and a sagacious product-development process. But yes, true to his words, Ramdev has no stake, and Balkrishna holds 92 percent of the company, with the rest in the hands of a Scotland-based NRI couple Sarwan and Sunita Poddar.

PAL has a three-tier distribution system consisting of clinics, wellness centres, and non-medicine outlets to retail 800 products. The company also runs an ecommerce portal that sells a wide range of products from hair cleansers to “hing peda.”

It has distribution agreements with Reliance and the Future Group and a product development arrangement with the Defence Research Development Organisation (DRDO) for food and health supplements. PAL even has an HR policy that aims at hiring executives from rivals.

How did Ramdev and PAL climb such heady heights? The first big break that came Ramdev’s way was probably Sanskar TV’s decision in 2002 to broadcast his yoga sessions. Aastha TV followed the next year.

Ramdev’s telegenic appearance and expertise as a trainer made yoga on TV a runaway success. Soon, millions began to squeeze the programme into their busy morning schedules in search of better health and fitness.

The mix of spiritualism and traditional Indian therapy proved a resounding success. When “Baba” launched PAL, it already had a credible brand ambassador — Ramdev himself. The one lakh free yoga classes conducted by the Yogpeeth convinced people that he was not in it for the money.

PAL also had a nearly captive market—as many as 20 crore Indians, or one-sixth of the country’s population were said to have attended yoga sessions conducted by Ramdev and had faith in their teacher’s healing power.

“Once customer trust is earned [through yoga], reaching them [customers] through your products becomes easier,” says Ashita Aggarwal Sharma, professor of marketing at SP Jain Institute of Management and Research.

Besides, the “swadeshi” tag and the price advantage (products are reportedly priced 10-40 percent below their rivals) endeared the Patanjali brand name to Ramdev’s admirers.

The products themselves have an aura of purity about them for the Indian consumer as they are claimed to be “100 percent natural.” The suggestion of medicinal content also helps promote them.

Ramdev has not confined himself to the business of spirituality, and has made forays into politics, often declaring that he would launch his own political party.

But because of his political associations and controversial statements, he has remained co-branded with right-wing groups. Nevertheless, his tirades against corruption have won him supporters from outside his core constituency of yoga enthusiasts, spirituality seekers, and born-again patriots.

However, the dependence on Ramdev’s popularity does pose risks for PAL—if his image takes a hit, the company’s bottom line will suffer. Ramdev has drawn the ire of liberals for his statements on mental illness, infertility, and homosexuality.

There is a perception that Ramdev and Patanjali products lack acceptance among the youth.

Evidently, he takes this problem seriously: PAL has reportedly engaged top advertising agencies such as Mudra to promote it among the youth, given that 50 percent of the population is under 25 and 65 percent under 35. It has cooked up products that appeal to youth, such as instant noodles.

However, the new noodles hit a roadblock within weeks of its launch, when the Food Safety and Standards Authority of India pointed out that PAL had no licence for the product. Later, a consumer reportedly complained of bugs in the noodles.

Ramdev is exasperated with all the bad press. “The media talks about my controversies but people talk about my contributions to society. Why are they [media] after me?” But he looks ahead. In an interview, he reportedly declared that PAL would notch up ₹10,000 crore soon. Now, for a yogi, this may not be a difficult asana to perform.