What does it take to get into the Wharton MBA (University of Pennsylvania)? The usual suspects – a top notch undergrad degree, a high GMAT score, great experience in a feeder industry, with an international stint thrown in for good measure – no surprises there.

And with thousands of Wharton hopefuls from around the world fulfilling those conditions, what does it take to get into Wharton with scholarship, especially when you are from a non-feeder industry and have no international experience to boast of?

Abhishek K, who joins the elite list of Wharton MBA students / alumni from India with scholarships, walks us through every step he took to get there.

How I got into Wharton with scholarship 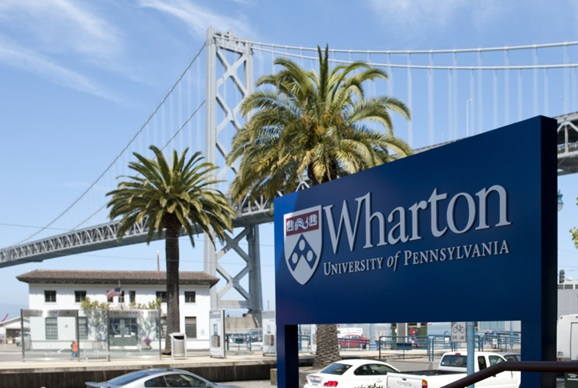 I graduated from IIT Madras in Chemical Engineering in 2014. I worked for the past 4.5 years in FMCG space – in both conglomerate (Mondelez) and a startup (Hector Beverages).

In terms of extracurricular – I used to play lawn tennis, was involved in founding two independent startups and more recently, had done the MIT supply chain micro masters course on the side.

From a learning perspective, the good thing about my Mondelez experience was that I learnt a great deal about operations: managing large teams, project management etc.

My latter professional work experience was in two startups, both in FMCG space – Hector Beverages and Urban Platter.

The reason I chose to work with startups goes back to my undergrad days. I had setup a startup back then that had won praise on various national and international platforms.

So, you can say that I was waiting to experience the rush again in a manner of speaking. I believe these both roles were a deal-turner for me.

They provided me a good coverage on how to approach launching consumer products, managing financials and the other allied functions – supply chain, R&D etc.

At Hector, I setup several new business lines and was leading a substantial part of their revenue.

From a profile perspective, these roles were in good sync with my future career aspiration of starting my own CPG startup in India. This particular aspect was pivotal in my view, especially for Wharton adcom.

In terms of why an MBA – I had decided right from my undergrad days that I wanted to apply for an MBA.

The two startups that I pursued on the side were not tied in to my MBA goals. These were primarily learning opportunities for me.

With regards to the startup experiences, I believe that even though the startups failed, they held me in good stead as they showed initiative.

For me, the reason for pursuing an MBA is to gain better exposure, network and knowledge.

All of which, at some point or another, I have felt the need for and partly the reason I am yet to establish a scaled venture.

Further, all my work experience was concentrated in India, and I did not have any foreign country stint.

Even though these doubts did cross my mind, I didn’t worry about this too much then.

Having passed through the journey, I believe that if one can showcase an impact in his/ her work exp space – however diverse/ non-traditional it might be – that’s the most crucial thing.

How I prepared for the GMAT

I had always heard that India + Tech is an over represented sector. Consequently, I was suggested from multiple sources to target a score of 750+ for getting accepted to a good school.

I took a Magoosh Premium 12 Month Subscription package – costing around $150. It was a question bank + few practice tests.

Apart from that, I practiced from GMAT OG, and a few free online GMAT practice tests – Princeton, Kaplan and Veritas Prep.

I made it a point to time and answer the questions.

The video solutions from Magoosh helped immensely in understand the basics, primarily in verbal.

For all applicants, especially engineers, I would suggest targeting a 50/51 in quant definitely.

Why I wanted to work with a good MBA consultant

I had two reasons for choosing a good MBA consultant.

First one was that the entire essay writing + LoR process was a subjective one, and quite different from the objective process I had undergone through – undergrad entrance exam, job.

Secondly, the entire application process is quite intensive – time, effort as well as money. I was sure that I would be applying only this year, and was not particularly keen on reapplying if I didn’t get through in the first shot.

These reasons prompted me to go all out in the first attempt. Hence, hiring a consultant made sense.

Before hiring MBA Crystal Ball (MCB), I spoke to a few friends who had undergone the MBA application process a year back.

MCB was one of the consultants they strongly recommended. It made sense to go with recommendation of these peers, who had been in the same shoes as mine a year back, instead of surfing on the net for a consultant. That’s why I chose MCB.

I worked with Manish Gupta (MG) since the beginning of the process.

There were two major benefits of working with him. First was that I learnt how to approach the essays.

As I shared before, coming from an objective- thinking work environment + academic background, I felt clueless looking at the essays on how to attempt.

MG helped me put together a solid structure to my somewhat cluttered thoughts.

Secondly, I got valuable insights on how to bring out the school-specific research done in the essays.

On MG’s recommendation, I spoke to current B-school students on the specific courses, clubs that appealed to my future interests.

I also spoke to professors on specific electives that appealed to me. Highlighting these experiences in the application proved to be a strong plus point I feel.

If I were to summarize all the different B-school essays in a crux, it follows a simple pattern.

Throughout the MBA MAP, and the MBA essay writing process, we worked on the above underlying theme, consciously as well as otherwise.

At the end of the day and post considerable introspection, the approach + conclusion seems a very straightforward thing.

My continual interactions with MG helped refine this conclusion, reach it much faster – which was crucial, considering the timelines – and helped explain with clarity.

For me selecting the school was mainly based on the MBA ranking. I decided to apply to the Top 7 ranked business schools.

MG and I had also discussed this approach during the MBA MAP and that further cemented my school selection.

Highlighting these experiences in the application proved to be a strong differentiator I feel. These efforts also helped me finalize the specific schools within the M7 business schools and other international top brands.

This is an oft repeated point but worth it. One should write his/her professional achievements + story in a language that is easy for a layman to understand.

This is especially important since the admissions committee (AdCom) tends to have a good idea about an expanse of topics, instead of a deep sectoral + geographical understanding.

So it helps to highlight one’s story in a way that the AdCom can easily understand and appreciate the impact.

I believe this is especially important when one comes from usual non-feeder background (IB/ Consulting/ PE/VC).

Finally, it helps to reach out to the Ad Com / interviewer after the interview and thank them for their time, reiterate passion/ interest in the school and share any major updates in the profile.

I did a combination of this, and I think it helped.

Preparing for the Wharton interview & team based discussion

My Wharton interview had two components – Team Based Discussion and a personal interview.

The Team Based Discussion was on planning a pre-MBA learning retreat. We were 5 people in the group.

The Personal interview lasted for 10 minutes. There were 2 questions which were asked to people in my group – Why MBA and Why Wharton. The interviewer was a lady from Wharton Career support.

I think the interview places a lesser importance in the final selection as compared to the Team Based Discussion (again only my personal opinion and no data for backup).

There are two major lessons from my entire B-school experience.

First is to start as soon as possible and get an understanding of the entire application process.

I cannot emphasize this enough. I started in May, and still it was quite cut-to-cut for me in terms of finishing the Round 1 essays.

I would say that spend the initial timeframe, thinking of your career goals, aspirations, and reflecting upon your past experiences. This does take some time and its best to have this sorted out before heading into the essays.

Secondly, do focus on school specific resources and highlight this in your essays.

Frankly, I did not do this to a good extent in the initial schools, and this showed in the results.

As shared earlier, speak to current students, reach out to professors, and surf on the net. This is very useful.

It’s a great feeling, and a relief now that the journey is over.

I am quite excited to join the school, and spend the next pivotal two years.

Also read:
– How I got into Wharton MBA admit with low GMAT score in Round 2
– Harvard vs Stanford vs Wharton: Which is better?
– Wharton MBA Dual Degree: Interview with Admissions Marketing Director
– Wharton Deferred MBA and Team Based Discussion Tips, Prompts

16 thoughts on “How I got into Wharton with scholarship”