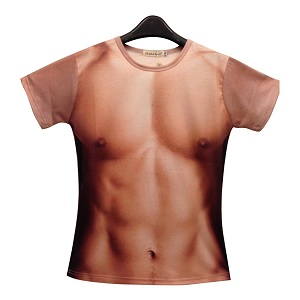 Dishonesty in the MBA application process isn’t a new phenomenon. Whether it’s exaggeration, lies or plagiarism, applicants across the world have been doing it for years, in the hope that it’ll give them an edge in the race.

While the top business schools like UCLA Anderson have been rejecting applicants for unethical MBA essay writing practices, it doesn’t seem to have had much of a dent on the practice.

Why do candidates cheat and lie in their applications?

It’s a temptation that can be hard to resist, specially for applicants who are competing in over-represented application pools. Some folks who’ve had a break from work (due to an illness or layoff) may also feel the pressure to cover up the gap.

In American business schools, the proportion of international candidates in the class is around 30-40%. That makes it increasingly tougher for non-American applicants to get into the top programs.

Exaggeration is a little more common than outright plagiarism and lies.

If an applicant were tempted to cheat via plagiarism or exaggeration, here’s what we tell them about the consequences of deceit in an MBA application.

Honesty is a non-negotiable ingredient in the application, even if business schools do not explicitly spell it out in their application guidelines.

Apart from being ethically unacceptable, we also make them understand the long term implications of lying in their applications. Many top MBA graduates are likely to be in senior level roles, where the visibility and scrutiny is higher. Building their new career on a lie is an extremely risky (and stupid) strategy.

That brings up a pertinent question.

How can applicants explain mistakes or challenges in their past in an honest and compelling way, without crossing the line?

We tell applicants to not only be upfront about the challenges they’ve faced in their careers, but also explain how they dealt with the situation.

What may, on the surface, appear to be a drawback may actually turn out to be an excellent opportunity to highlight their character and personality traits.

Read how to handle gaps in your education and career in MBA applications.

Here’s another challenge faced by applicants, business schools and admission consultants. Many applicants get feedback from others throughout the application process.

How can you ensure that the application retains a sense of your personality and that it is a fair representation of who you are when you integrate the feedback of other mentors?

Here’s the analogy we share with applicants to help them understand where to draw the line.

Whether it’s a sportsperson competing in the Olympics, or an international applicant contesting for a seat at a top business school, having a coach or mentor can really help. But expecting the coach to do the athlete’s job isn’t acceptable.

You have to do go through the learning curve – introspection, building a storyline and writing the essays. Do not expect others to write the essays. Get perspectives from a few folks you trust (friends, colleagues, family, consultants) and who can give you objective inputs.

But ultimately you will be facing the Adcoms during the interview, and not your mentors. So it’s extremely important to have a story you believe in, and not what others think will work.

How can applicants overcome the temptation to brag and convey humility in their MBA applications and still sell themselves well?

While humility is important, being too modest in the application could be counter-productive since everyone is trying to put their best foot forward.

There is no single formula that’ll work for everyone, because each applicant’s personality is different. And so is their communication style.

That’s precisely the reason why admission officers say – ‘Be yourself’.
[That strategy taken too far can backfire. Read these examples of honest MBA essay.]

If someone who is inherently not humble, resorts to a lot of window dressing (to project an ‘ideal candidate’ image) in the essays, the facade will crumble during the interview. Admission officers have seen enough number of applicants to separate the wheat from the chaff.

This is where external, unbiased and objective feedback can help in achieving a balance.

Forget about the fate of others who still think lying, exaggeration or hiding facts will get them into their dream universities. Honesty and application success aren’t mutually exclusive ideas. Make the combination work for you.

Read these related posts:
– Background verification checks on college applicants
– Problems a below average student can face in a top MBA classroom

7 thoughts on “Exaggeration, lying and hiding facts in MBA applications”