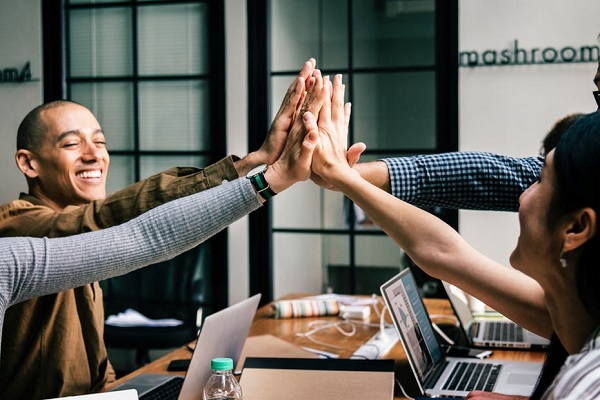 We regularly interact with the admission officers of the top bschools (here’s an interview with the UCLA admissions director). This gives us a pretty good idea of not only what the top MBA programs look for in applicants, but also what’s acceptable and what’s not when candidates take professional help.

Ratan Mehra (name changed) got into UCLA with a $60,000 scholarship. That’s a saving of roughly 45 Lakhs in Indian Rupees. He explains how he got there.

How I got into UCLA Anderson with scholarship

A technology enthusiast since school days, I pursued electrical engineering studies at BITS to further my passion. Besides carrying a passion for Integrated Circuit design, I was involved in diverse activities, from co-founding a venture, to managing the placement cell.

My interest in exploring hi-tech electronics led me take up roles with semiconductor giants, where I was involved in digital design for chips spanning a plethora of applications.

With cutting edge technologies requiring heavy R&D investment, product management and strategic planning, I was drawn to building an understanding of the complete business dynamics. This is when I decided to pursue management education.

The first step to applying, as one would expect, was to get a respectable GMAT. I relied extensively on the GMAT Prep software, for mock tests as well as practice questions, owing to the precision with which these questions emulate the actual GMAT level.

I scored 750, and was reasonably satisfied, given that the score was in the ballpark of the median scores for most top colleges.

To get an honest assessment of how I levelled up against a vast pool of applicants, I researched and decided to seek guidance from MBA Crystal Ball.

It’s something I look back as one of the best decisions I made to strengthen my candidature.

My interactions with Manish (MG) during the MAP led to a deeper introspection of what my expectations / priorities were, and how I should go about assessing my cultural fit for universities. This was something I was missing prior to the MBA MAP process.

I eventually narrowed down to 4 colleges that I believed would help me leverage my background to take up a new role post-MBA.

Well aware of the ethical boundaries that must be adhered to in such an association, MG was ever available for providing his independent assessment as part of the 3-college application counselling package, as I went about the drafts. And this unbiased evaluation was immensely helpful.

On the face of it, Ratan had several things going for him – good GMAT, decent pedigree and core tech experience to name a few. But he needed to work on articulating the impact and nature of his work more comprehensively.

His goals pitch was also not very convincing – it ranged from consulting to corporate strategy and many other options in between. This is a common challenge we see among many applicants, including those with strong profiles.

We spent a lot of time discussing about his core strengths as well as his career aspirations. It was important for him to understand and highlight the things that truly stood him apart from his peer group including those from his workplace at TI.

In this context, we worked on explaining the nature of his work in simple English (rather than resorting to technical jargon) and also bringing out anything that would bring out relative quantification – for instance, awards won and their exclusivity.

Given his profile and career aspirations, we zeroed in on the schools he should be targeting, while spreading the risks.

Having laid the groundwork through the MBA MAP, we were able to quickly get traction on the applications. Ratan was already sensitized to the need for thinking about the business aspects of his work.

I pushed him to do a lot more in terms of connecting with his target school communities to ensure that he did not go with a one-size-fits-all approach but really understood what that particular school had to offer. He was patient and that is why it made my job easier in continuing to push him, without relenting.

Another thing Ratan was able to use well was his involvement with NGOs which had not been the mainstay of his stories earlier. His main challenge on the essays was in representing things with strong emotions and ‘tadka’ (zing) that would make a reader sit up and take note.

This is where I had to continuously push him on an iterative basis. After the first school or so, he got a hang of the process and we were able to push the envelope further.

Needless to say, it was all Ratan’s work. My job was primarily to share counter perspectives and make him aware of the shortcomings in his strategy and approach.

One of the most important aspects of my application was getting in touch with the current students at these schools (some of them friends), and getting to know about the opportunities and avenues that each of these schools offered to further my career interests, and how their philosophy resonated with mine.

This was instrumental both in finalising the colleges I applied to, as well as building confidence during the application/interview process.

I was invited to interview with MIT(Sloan) and UCLA(Anderson), and the interviews were mostly behavioral (event-based) along with the expected ‘why-MBA’, and lasted between 30-45 mins.

The interviewers were either a second-year student, or an AdCom member. The results were declared roughly a month after the interviews, and I was ecstatic at having converted UCLA Anderson with a fellowship award of $60,000.

My learning from this journey, and advice for any MBA aspirant reading this:

Here’s wishing any MBA aspirant reading this the very best for your applications! 🙂

10 thoughts on “How I got into UCLA Anderson with scholarship: MBA after Electrical Engineering”