Is a college degree worth the cost or not? 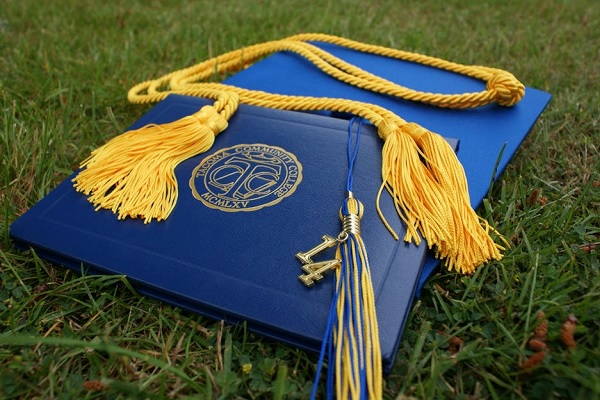 We know the main arguments of those who say that a college degree isn’t worth the cost: the rising cost of attending college, the burdensome education loans on students, and the frequent failure of degree-holders to get jobs.

The important points raised by those who say a degree is a must-have are also well known: more recruiters preferring college graduates, more successful people with degrees, and the broadening of the mind and horizons that college education confers. So who wins the debate?

Is a college degree worth the cost?

On average, across all types of institutions in the US, a college degree is a $250,000 product, university professors Antony Davies and James R. Harrigan say in a weekly podcast in August 2018.

The annual average tuition and fees at a four-year college in the US is about $35,000, depending on the city where the institution is located and whether the college is public or private. That adds up to $140,000 in tuition and fee over four years.

Add to this the opportunity cost: a student who goes to college loses on average $28,000 a year that she would have earned at work at the very basic entry level. So, adding up the tuition and fees and the loss in wages, a college degree costs over $250,000.

That’s an expensive product, and everyone who thinks of getting a degree is bound the ask the question, “Is it really worth it?” say Davies and Harrigan. But given the fact that many parents shell out the money for their children’s college education, the question that should be asked, according to the two professors, is, “How is a college degree worth a quarter of a million dollars?”

In the US, the cost of education depends, as it does elsewhere, on the type of institution, the financial aid available to students, and the hidden costs such as the cost of living.

There are various types of institutions: public (state-funded) and private (for-profit and non-profit). Being state-funded is not indication of the quality of an institution, and many such colleges rank among the best; on the other hand, many private colleges are substandard.

For-profit colleges are business where shareholders hope to make a profit, and the quality of education and facilities are often compromised. Non-profit colleges strive to use all their revenue to improve the education experience for their students.

Majors that are worth it

Petroleum Engineering has been the top major in the US for a number of years in employment outcomes. A graduate could earn up $5,000,000 over the course of his career, after accounting for the cost of acquiring a degree with this major. So, this degree is worth the cost, provided the graduate has the talent for and works hard in the field.

Davies and Harrigan say that on the other side of the spectrum is a degree in Early Childhood Education, which has an average net benefit of negative $230,000, even after taking into account pay-rises over the course of a career. In the US, there are about 440 majors with various earnings outcomes between Petroleum Engineering and Early Childhood Education.

Business majors (Marketing, Finance, Accounting) get ranks from 25 to the 90s. Business Finance is at rank 68 on the list with an average career earnings of upwards of $2,000,000. Childhood Education and majors with the word “Studies” in their names bring up the bottom of the list.

The professors note that at least the bottom half of the list of majors is not going to be particularly lucrative, if the sole objective of getting a degree is to improve earnings. Interestingly, two-thirds of the majors have a return on investment less than the income of a licensed plumber, electrician, or welder. If car mechanics were on the list of majors, it would be at 60 or 70 in earnings capacity.
Read Liberal arts degree worth it or useless?

Parents’ advice to their children that they need a college degree to make a lot of money is based on assumptions from the past generations that are not valid anymore, say the professors.

It’s all a question of choice of major, say the professors. There are a lot of good choices and a lot of bad choices. Many young people do not give particular attention to their choice of major, which is why many graduates are jobless or are employed in jobs unrelated to their fields of study. “Knowing what the market requires prior to declaring a major solves that problem,” say Davies and Harrigan.

A study by Georgetown University estimates that there are 30 million jobs in the US related to technical training, not graduate degrees, that pay $55,000 a year, the salary earned on average by Finance, International Business, Computer Information Systems, Operations and Supply Chain Management majors right after school. Of course, the wage rise in trades may not be equal to the salary increases in jobs that need graduation. But those who go for technical training don’t have to pay $250,000 in tuition and fees.

‘Time for another approach’

The clear message from a short film by The Economist in the context of college graduates failing to find “relevant” jobs—titled “University: Does a degree pay?”—is that it is time for a radically different approach. Are short courses that train students in particular skills better than a full-time university degree program, particularly at a time when technology such as artificial intelligence is disrupting the job market?

A degree to a student who is looking to complete her course and start her own life is a promise, no less: that’s the theme of a CBC News (The National) program titled “Is a University Degree a Waste of Money”? It is a promise, unwritten as it may be, that if you work hard and graduate, you will find a stable job and be able to lead a good life. When the economy fails to provide employment to a degree-holder, it breaks this promise that has built the hugely successful business called higher education.

Not being able to guarantee a job is not the full extent of the broken promise. Sometimes, a university degree keeps the promise but in a rather cynical way. An engineering graduate who spent four years working hard expects to work in an engineering company that is able to use his knowledge and skills and teach and train him further.

But if he only finds a job as a sales assistant at a deli, the university has made the graduate a victim of some back humor and robbed him of a good amount that he paid in university tuition out of the money he borrowed as student loan.

“It is depressing and a kick in the face,” says an underemployed engineering graduate. People think “millennials are lazy and don’t work hard and have stuff given to them.” But that’s just not true. “We want to compete and want to succeed.”

A 26-year-old political science degree holder with a public relations diploma, who works as a bartender and shares an apartment with three others in Canada, says she has to do side jobs to make ends meet. She says she would have felt bad at her situation if she were the exception. But she doesn’t feel bad, as underemployed young people like her, who also are forced to do “the millennial side-hustle,” are the norm.

Ironically, even older people, university teachers, for example, who are part of the system that is handing out the promise to students, themselves don’t have much job security. A contract teacher in a university with 20 years’ experience says she has to reapply every four months to keep her job. “Being precariously employed takes its toll, when you don’t have benefits, and your children need prescriptions,” she says.

The basic arguments in favor of college education are supported by government statistics that indicate that it increases the employment potential of a job hunter. Figures from the US Bureau of Labor Statistics (BLS) from 2017 show that while the unemployment rate among college graduates is 2.5 percent, it is 4.6 percent among people with only a high school diploma. More and more employers are looking for degree holders to fill positions: 41 percent of businesses that used to fill vacancies with high-school diploma holders now recruit degree holders.

A paper from the Brookings Institution says that even for the “Class of the Great Recession” (graduates who were 23-24 around 2010-11), higher education was a much better investment than the alternatives. The returns from a four-year degree was 15.2 percent per year, double the historical (since 1950s) average returns from stocks and five times the returns from bonds and house ownership. A 2013 Business Insider report (Hamilton Project) and a 2016 Investopedia report (various studies) also reported much the same findings of a greater ROI of a college degree.

The Brookings Institution paper says that college education is an investment that pays over time. Education makes you a better player in the job market not only in the good times but also during a recession. For most, college is a joyous and life-altering experience. There are few studies that contradict these findings, and the real question may be why more people aren’t going to college.

Read Best degrees for the future

The trend of recruiters insisting on degrees has been rising. In South Korea, for example, the share of graduates among young employees has increased from 37 percent to 60 percent. The professions that prefers degree-holders have also increased. For example, in America only 16 percent of registered nurses had degrees in the 1970s. In 2015, the percentage had increased to 60, though only 50 percent of these employees have seen an increase in wages in real terms in the past 50 years.

Career satisfaction is another reason: as graduates specialize in particular fields of study, they are likely to work in sectors connected to their fields, and hence derive greater job satisfaction. Studies have also found that college graduates are healthier and live longer than high-school graduates.

Degree worth on a loan?

But there is also a perspective that includes student loans. Assume that an in-state student in a public university gets a four-year degree investing a total of $80,000. Imagine that he repays the amount in 10 years at 5 percent interest and ends up paying $100,000 at $850 a month.

Suppose, instead of going to college, he had invested in stocks for 8 percent annual return: he would have a kitty of $145,000 in ten years. If he keeps this money invested for 35 years till his retirement age, he would have at least $2 million, which is equal to or more than the salaries he would have got after earning a degree. However, the big question is whether he would have $850 a month to invest if he earned a low salary with just a high-school diploma.

Thumbs up to degrees

A majority of Americans seem to believe that a degree is worth the cost. According to the 2018 PDK poll (conducted by PDK, a global network of education professionals, along with Gallup), 60 percent of them believed a two-year college degree prepared a student for a well-paying job and 80 percent believed in the worth of a four-year college, master’s, and PhD degrees. Sixty-one percent of respondents said a four-year degree was crucial to success in life.

No less a person than Warrant Buffet believes in the value of a college degree. Once, addressing Columbia Business School, the legendary investor said: “Right now, I would pay $100,000 for 10 percent of the future earnings of any of you.” Whatever it is or it is not, a college education is certainly one of the best investments one can make compared with other investment options.

Source: PayScale and The College Board

Our admission consultants can help you get into your dream university. For personalised admissions counselling, send us an email: info [at] mbacrystalball [dot] com