Harsh Tulsiani graduated from the Pennsylvania State University, School of Engineering, as a Dean’s lister.

The mechanical engineer had already changed his career and was working in finance (Mergers and Acquisitions) at KPMG (a Big 4 firm), when the thought of getting an international MBA crossed his mind.

He was on the verge of giving up. Here’s what happened next.

MBA after mechanical engineering in Canada with scholarship 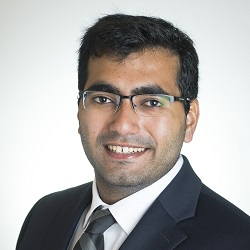 One extracurricular activity I participate in is football. I play with friends and learn how to apply my team building and leadership skills during these sessions.

One aspect about my team building ability was to find the best in people and adjust yourself according to their playing ability in the game.

In terms of leadership it is important to be a motivating individual on the team who can bring out the best from your teammates especially during the toughest of times.

Another extracurricular activity I participate in is charity and helping out those less fortunate. As part of a monthly routine I volunteer at a Gurdwara close by, where we serve food to the less fortunate on a regular basis.

The reason I do this on a regular basis is to keep myself humble and be able to contribute back to society in any way I can.

My role prior to the MBA was an Executive Consultant in Mergers and Acquisitions consulting at KPMG. One of the most exciting parts of my job was the fact that everyday we got an opportunity to come up with innovative solutions to challenging problems on a frequent basis.

Some of the toughest parts of my job was to find relevant information in a short amount of time that answers for our clients problems.

Most of the clients I worked with were with Investment Banking Firms that would make a lot of decisions based on financial data as well as operational data.

At KPMG we would focus on the operational side of a business and accordingly provide research and insights however I realized I was more interested in analyzing Financial data. Hence I decided to take on an MBA to make this transition.

There are no two ways about going about the GMAT: it is completely dependent on sheer practice and hard work.

My goal with the GMAT was to obtain a score above 700.

The first attempt I gave I only took 3 weeks to study for it and decided to give an attempt I ended up with a 610 this was not the score I was looking for.

However I had maxed out my leaves for giving another attempt in the same year and had to try again the following year.

The following year I gave my second attempt and scored a 600.

At that point I felt my attempts are futile and I should just give up.

However I decided to give one last try using the help of a GMAT coach that would be able to explain to me the mistakes I was making.

I continued to practice from the best GMAT prep materials like Kaplan, Manhattan Prep and the GMAC Original Guide to improve my timing and accuracy.

Finally after 1.5 months from my second attempt and was able to attain an exact 700 score.

Why work with MBA admissions consultants

I decided to work with a good MBA consultant instead of individually, because I wanted an additional perspective that I could bounce ideas off to express my story explicitly to MBA schools.

I did my research by asking others who applied to MBA schools and who used consultants as well.

Based on the MBA admission consulting reviews and word-of-mouth referrals through other trusted sources I decided to go with MBA Crystal Ball (MCB).

I only signed up for the MBA application review service for 5 schools. I was able to prep myself for the interviews.

I personally worked with Shantanu Joshi from MCB.

Through multiple brainstorming sessions over the phone we were able to come up with a good idea of what should be mentioned in a specific manner and what should be highlighted from my specific profile based on the Question/SOP prompts asked by universities.

Shantanu was also able to ask me the right questions and guide me to think in a certain way to come up with meaningful experiences from my professional, educational and personal life.

My strategy was to apply to universities that provided a good education and great job opportunities after graduation.

Based on this I realized that any schools in the USA was not on my list as the job opportunities post graduation for international students were limited due to the local laws.

I decided to mainly focus on Canada which had a good amount of job opportunities but a limited number of reputable universities.

I also decided to look at 3 schools from Europe all of which were Dream Schools that provided great opportunities on a global level.

I was able to gather this information through the university websites and by talking to students who were enrolled in the program at the time and students who graduated from the program within 3 years.

Additionally I was also able to gauge how helpful students in the specific universities were based on their responses to my questions.

Almost all the interviews were more or less behavioural interviews where they wanted to gauge whether the candidate is a right fit into the program and the philosophy the school wants to imbibe into their candidates.

Additionally they just want to know how you work or respond under pressure.

The universities gave their responses in varied times. Some took 6 weeks to give a response and some gave responses as quickly as 2 weeks.

As a result I applied to 4 target schools and 3 dream schools. The two universities I got into were Schulich and McGill.

I decided to go with McGill for the following reasons:

One way I differentiated myself from the Indian applicant pool was by highlighting my diverse experiences, living in Indonesia, USA and India. I was able to provide a more global perspective and experiences in my interviews.

Furthermore, instead of just focusing on my scores and merit based parameters of the application I also focused on how to portray my personality in an honest and explicit manner.

My only advice is to be clear about your goals and to just be yourself. Do not portray something you are not it won’t work well in the interviews.

Also read:
– Mechanical engineer in public sector with low GMAT gets into top Masters in SCM in USA
– Why MBA after engineering
– MS in Mechanical Engineering in USA