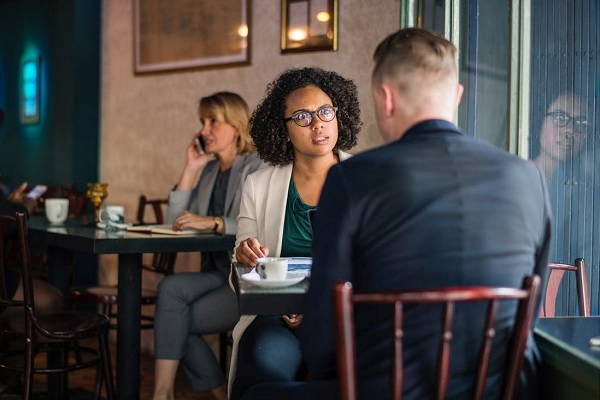 There are regular interviews, and there are stress interviews. Neither approach is good or bad – as long as the interviewer is professional, has a solid reason for it and is in complete control of the process.

While Rohan Das (name changed) was working with us on his MBA applications, we realized what a phenomenal candidate he was – with excellent credentials and great communication skills.

When he got the interview call from his dream school, we were thrilled for him knowing how selective their MBA program is. We were sure that the interview would be a cakewalk for him and the bschool would love to have him in their class.

What we never imagined in our wildest nightmares was the heat he’d have to face in his MBA interview. He describes the most humiliating and nerve-wracking interview experience of his life.

We hope you never encounter something like this. But in case you do, the way Rohan handled it should have important lessons you can use.

Below is my interview experience which was conducted with one of the b-school alumnus. The school conducts two alumni interviews and this was my second.

The interview was conducted at an affluent clubhouse in Bengaluru at 3:30 PM.

The moment my interviewer walked in and spoke to me, I realised that he had consumed alcohol and was drunk.

While this was surprising, I decided to give him the benefit of doubt as he said that he was working and that he had come directly from a client meeting.

When we sat for the interview at the club’s bar, he ordered a glass of whisky and I ordered a cup of coffee.

He then asked me for a printed copy of my resume and application.

In the hindsight this was my mistake as I should have carried the printed versions of these documents.

The admissions committee of the school, had asked us to email the soft copy to the interviewer.

While I had emailed him the soft copies, it would have been prudent on my behalf to carry the hardcopies too.

I volunteered to share the soft copies on my phone but he seemed visibly upset that I hadn’t carried the print outs.

He then asked me to walk him through my resume. I started speaking about my childhood and family and he interrupted me and asked, “Do you have a sibling?”

Being the only child I answered his question in negative to which he replied, “That is a problem”.

He said that not having sibling meant I didn’t know how to work in a team!

I tried to counter that by quoting examples from my personal life – where I had to shoulder significant responsibilities and work as a team with my family.

I then started speaking about the two years I spent in a city in Southern India.

These were important years for me as I spent this time with students who spoke Telugu, a language which was completely new to me.

At this point my interviewer asked me whether I speak the language to which I replied that while I can definitely understand the language, I could not speak it fluently.

I emphasised that understanding the language helped me to forge long term relationships with students with whom I spent those two years.

He then asked me, “Why didn’t you learn the language?”

And followed it up with, “Should we continue the interview in Telugu?”

At this juncture I realised that the nature of the interview was a stress interview and that I should expect counter questions at every answer from there on.

This was about 15 min into the interview. I had just started speaking about my undergrad days when he interrupted me and asked, “Why this particular b-school?”

I started giving him my rationale for applying to the school at which point he interrupted me again and asked – “Why aren’t you drinking your coffee?”

I told him that I had purposely not had coffee as I thought it would break the flow of my conversation and that I wished to have coffee at my own pace.

“Coffee has gone cold,” was his response and asked the bartender to heat the coffee.

He then said, “Because of you the bartender has to work more.”

I was completely fine with my beverage but his insistence on why I was not having it seemed unreasonable.

We then again circled around the discussion on why the particular school.

While I continued giving him my response he interrupted and said “Your delivery is not punchy enough” and added that “You speak a lot”.

He went to add that he works as a VP in the sales team of a technology company and that he doubles the sales of the company every quarter and thus expected me to make a solid sales pitch.

He then asked me to talk about any topic.

He asked – “Talk about the Diwali Festival or talk about any topic that you like. Give me three points and make them punchy.”

At this juncture I realised that the interview was going quite astray. I decided to talk about cricket! After I finished my three points. He said “I lost you at first point”.

He then asked me how was my first alumni interview. I tried explaining to him that the first interview was quite conversational where the interviewer, while asking difficult questions also spoke about his personal experiences at the school.

He immediately responded – “The first interviewer didn’t know how to interview you.”

Perhaps the nature of his questions was geared towards testing my composure but his tone felt quite demeaning.

I left the interview feeling uncomfortable and honestly a bit bullied.

This could be because based on my first alumni interview I had the impression that interviews are supposed to be conversational but this seemed completely opposite to that.

Also the fact that interviewer had consumed alcohol prior to the interview and continued to do so during the interview, felt inappropriate.

A ray of hope

Post the interview, I connected with Manish from MBA Crystal Ball and narrated to him the whole experience.

He advised that I speak to the admissions committee at the earliest and explain to them all that happened.

I called up the admissions officer and narrated to her the whole incident.

The admissions officer was extremely understanding and highlighted that this was not how the interview should have proceeded.

Given the unusual circumstances, the admissions officer granted me another shot at the interview with a different interviewer and cancelled the interview in question.

Given the stature of the school, I genuinely believed that this was the case of one bad apple.

My belief in the school was only reaffirmed further when my third interview proceeded in an utmost professional fashion.

The biggest take away from this whole experience was that you have to be fully prepared to face anything that might come your way during the interview stage.

While it helps to get familiar with the manner in which a certain school conducts its interviews, always keep some room for unpredictability and prepare accordingly.

This experience only solidified by faith in the values the school stands by as evidenced by its decision to give me another fair shot at the interview.

Applying to a b-school can be an exhausting process and such experiences can at times be demoralising but in such testing times, yet again Manish Gupta proved to be an extremely able and an astute mentor.

In the end, his advice on how to handle such a sensitive situation made all the difference.

Image used for representation only

9 thoughts on “My horrifying and stressful MBA interview experience”