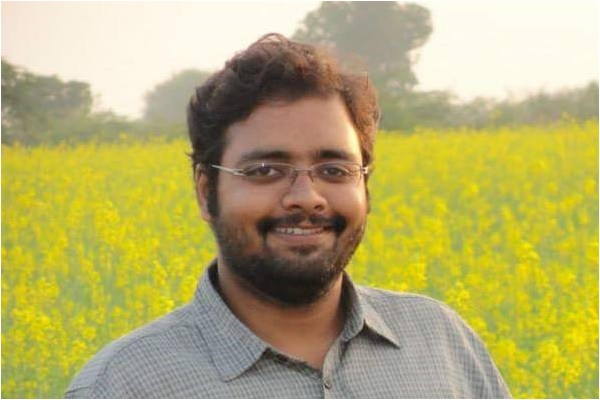 Many MS and MBA applicants working in the public sector fear that their profile may not be very competitive against private sector applicants.

Viswanathan Raghu worked in Bharat Heavy Electricals Limited (BHEL). He got into the Ross Master in Supply Chain Management (MSCM) with a low GMAT score of 640.

During my childhood, I was a very average student who dreaded Mathematics. Until my 9th standard, I scored very low in Mathematics. In my 10th standard, I was very fortunate to meet a teacher who helped me overcome my fear of Mathematics. As a result, contrary to everybody’s expectations I stood 2nd in my 10th board exams. I was very talkative as a child and took part in a lot of JAMs (Just-a-Minute competitions) and debates. I also was the house captain for the school and won a state-level elocution competition. After my 10th, I went through the regular grind (read +2 in Sri Chaitanya / Narayana) every student in the erstwhile Andhra Pradesh is subjected to and got a rank decent enough to help me secure a Mechanical Engineering seat in one of the best engineering colleges in Hyderabad.

During my engineering, I became quite actively involved with the literary club of the college and served as its Chief Coordinator for three years. As Chief Coordinator of the literary club, our team was able to organize the first ever literary fest of the college with over 700 footfalls. Six more successful editions of this lit fest have taken place since then. I was amongst the top 3 students in my first year but I failed in one of my subjects during the first semester of the second year. With the exception of this failure, by and large I did well in my academics and extra-curricular activities.

I got a campus placement with Larsen & Toubro’s Engineering Contracts & Construction division (now known as L&T Construction). I was posted as an engineer trainee at a sinter plant expansion project at SAIL’s Bhilai Steel plant. L&T believes in on-the-job training and from the very first day you are given responsibility. I learnt a lot from the workers much more than what text books could teach. The days were long and I would just crash on my bed after coming from site. I successfully supervised the re-routing of a mixed-gas pipeline and was tasked with the supervision of construction of the Electro-static precipitator (ESP) of the sinter plant.

My colleagues from Bhopal told me about the BHEL entrance exam. It may sound unbelievable but I had no clue about it. I wrote the entrance exam when I came to Hyderabad for a 2-day Dussehra vacation and I must acknowledge that the site experience helped me answer questions pertaining to the mechanical engineering domain. I was shortlisted for the interview and then in January I got a job offer from BHEL. I accepted the offer as I could work in my home town and in much better conditions.

BHEL has a common induction learning program for its Engineer Trainees (ETs) which lasts for a year. During this time, there are theory classes, soft-skills training, factory tours and site visits. It also has an on-the-job learning program, where ETs are posted to work in different departments. I was posted in the Contract Management department. After completion of the training, a three member panel of General Managers interviews the ETs and makes a final allocation to various departments. I preferred Contracts Management but was allotted to the Purchase department of the Pumps division.

One might assume that working in a public sector is a life of relaxation with no deadline to meet. But because my department had a lot of transfers and retirements, we were under a lot of pressure to perform. The team was new and most of us were learning on the go. I took on a lot of responsibility and was rewarded with appreciation and independence to work the way I wanted. The work was good and I was enjoying it but I was impatient and wanted to do more. Also, being a public sector organization bringing about change is a slow process and also you need to be on the top to be able to drive change. I wanted to work in a fast paced environment and decided to pursue higher education before my next job.

While at BHEL, I applied for Harvard’s first Credential of Readiness (CORe) program, which is a 11 week online course in three subjects – Data Analytics, Economics for Managers and Financial Accounting. The pros of the program are top class faculty, lucid explanations and a lot of case studies, which Harvard is renowned for. The only con is that a majority of participants of my cohort were from the United States, which meant our interactions were very minimal due to the time zone difference.

Initially, I wanted to do an MBA but I thought it would be better if I could build on the procurement knowledge I had and do a specialized course in the area. Hence, Supply Chain Management emerged as the best choice.

The icing on the cake is that SCM is a STEM certified program, which means you could get anywhere between 29 – 36 months of work authorization in the US, something that is important considering the volatile visa regime.

I prepared for the GMAT using the official guides and an online coaching program. I scored 630 on my first attempt and frankly I was not satisfied. Nevertheless, the GMAT pattern (choice of sequence selection of sections) changed after a couple of weeks and I decided to re-take the GMAT. I scored 640 this time and even though I knew that my score was not good enough for the top US universities, I decided to go ahead with the applications considering my work experience and hope that I could compensate with a strong application.

I could not risk learning from my mistakes and re-applying the next admission season so I decided to take the help of an admissions consultant. Also, few schools give you feedback about your application and hence you only need to guess the shortcomings in your application.

I read MBA Crystal Ball (MCB) blogs regularly and decided to go with them considering their expertise especially in understanding the perspective of Indian applicants. It was clearly mentioned on their website that they do not write essays on your behalf and this is something that convinced me that MCB is a professional consulting organization.

I was assigned to work with a consultant who was also a Mechanical Engineer who had done his MBA from one of my target universities and also had a work profile very similar to what I would have like to have after graduation.

I have not been paid to say this but frankly I think the help from my consultant made a hell a lot of difference to my application.

He spent an hour with me to get to know me and provide inputs to the specific university. There was a lot of difference with every successive draft and even though the essence of the content remained the same, the way it would be perceived and appreciated was totally different. The reviewed drafts also had a lot of questions from my consultant and the answers to these questions helped me strengthen my application and make it coherent.

I applied to MIT, Michigan Ross and Arizona’s W.P. Carey Business School. When you apply to MIT, one has the option of being considered for their partner programs in Europe and China. I opted to be considered for their partner programs in Zaragoza, Spain and Luxembourg. Carey offers an MBA with SCM concentration. I also shortlisted UTD’s SCM program, which has a partnership with the US army logistics division and helps you earn an APICS certification upon graduation.

The main reason for choosing these programs was their impeccable reputation, short duration and STEM benefits. I was particularly interested in Ross as their program has a high focus on procurement, is a 10 months program and has a very low intake. A short duration program means lower living expenses and a low intake boosts your chances of employment after graduation.

I got a reject from MIT within 10 days of submitting my application. I was invited to attend a video interview by the assistant director of admissions at Ross. The interview lasted about 30 minutes and the questions were general in nature – about one’s background, challenges in the present job, etc.

There was also a question about who inspired you the most in your life and given a chance where would you be and why. About two weeks later I got an admit from Ross. I was extremely overjoyed that I could make it. I was not given any scholarship probably because of the low GMAT score.

I think my work experience, essays and letters of recommendation helped me stand out in spite of a low GMAT score.

This underscores an important fact – that applications are viewed comprehensively and a high GMAT score alone might not work.

In hindsight, I would have got the first drafts ready before I approached MCB so that I could avoid some last minute rush. You need to be prepared in order to get the best out of your consultant. Also, even if it a little late by others standards, it is better to take time to realize your passion and pursue it. I am glad I stepped out of my comfort zone and I look forward to the journey that lies ahead of me.