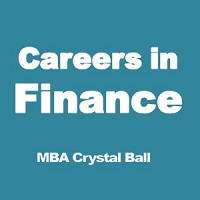 How do bulge-bracket (BB) banks get their name? On the prospectus of a deal, also known as the “tombstone,” such as that of a public issue of a new security, the names of banks are printed in sequence based on the role they are playing in the deal. The names of the banks that play major roles, such as that of the lead bank, are placed on top, in a bigger type size than the rest or in bold. The names “bulge out,” and hence the name “bulge-bracket banks.”

Investment bankers at BB banks work long hours and receive excellent remuneration. Those at boutique banks work reasonable hours and draw smaller salaries (Read How much do investment bankers make around the world?). Often, the name of a BB bank on your CV can work as the foundation for a great career. To land a job at a BB bank, you must sharpen your networking skills in addition to acquiring other essential skills.

There are no rules for the inclusion of a bank in the BB list. Here’s some data about a few BB banks that claim their places without debate.

First glance: Founded in 2009, Bank of America Merrill Lynch (BAML) is the result of the Bank of America’s acquisition of Merrill Lynch. In 2010 and 2011, BAML achieved the second highest revenues among investment banks worldwide. HQ: New York. Revenue, income, employees: Not readily available.

Services: BAML, which is the corporate and investment banking division of the Bank of America, deals with M&A, equity and debt capital markets, risk management, research, and liquidity and payments management.

Work culture: BAML believes in teamwork and provides equal opportunities for growth to both its senior managers and its junior employees.

Services: A primary dealer in US Treasury securities and European government bonds, Barclays Investment Bank is the investment banking arm of the British multinational Barclays, and provides advisory, financing, and risk management services to large corporations and governments.

Work culture: Barclays IB offers a dynamic work environment and opportunities to learn, though work-life balance can be tough to achieve for some.

Crisis: In 2014, Barclays announced that it would layoff 7,000 employees from its investment bank, or 28 percent of its total staff, as the division was not generating enough returns for shareholders. It also planned to focus on the US and the UK and pull back from some of its businesses in Asia.

Tidbits: The first cash dispenser was installed by Barclays in 1967. More: Barclays unpopular commitment to investment banking paid off in the UK with earnings of over $495 million in fees in 2017. An analyst at the bank is said to have once advised summer interns to ensure that they bring pillows and yoga mats to sleep under their desks at night, and not to take their jackets off, as it was part of the office attire.

Work culture: Work-life balance at Citi receives some good ratings, possibly because of the work-from-home option for some employees. Other employee policies and the leadership also get the thumbs-up.

Crisis: Citigroup incurred huge losses in the 2007-2008 financial crisis but was bailed out by the US Government with a massive stimulus package. In 2012, Citigroup failed the Federal Reserves’ “stress test” designed to measure banks’ capital to withstand a financial crisis. In 2014, Citi agreed to pay $7 billion to resolve allegations that it misled customers about mortgage-backed securities before the financial crisis. In 2015, Citigroup was fined $70 million by a US consumer protection agency and ordered to pay $700 million to customers for illegal practices related to credit cards. It has also paid lawsuit settlements related to Enron, WorldCom, and Global Crossing.

Tidbits: Citigroup is the world’s largest provider of credit cards. The Citigroup Center, when it was built in 1977, was the seventh tallest building in the world at 59 floors; it has an angled top, and the bottom nine floors are on stilts.

Work culture: Credit Suisse work hours are demanding at 60-110 a week, described as the most grueling on Wall Street. The environment is, however, pleasant, and new recruits get learning opportunities and greater responsibilities.

Crisis: Between 2008 and 2012, the US and other countries investigated the use of Credit Suisse accounts for tax evasion, and the bank agreed to pay $2.6 billion in fines.

Tidbits: Credit Suisse has been named the world’s best private bank by a Euromoney survey. According to The Wall Street Journal, Credit Suisse overcame the credit crisis better than many of its competitors. The bank is one of Fortune magazine’s most admired companies.

Work culture: Employees report good work-life balance and good work environment despite long hours. Some others report a lack of job security because of the downsizing and lack of salary hikes.

Crisis: The bank and some of its employees have often been named in allegations of illegal transactions. As of 2016, it was involved in 7,800 legal disputes and had $6.7 billion in litigation reserves. In January 2017, it agreed to pay $7.2 billion to the US Government for selling bad mortgages prior to the 2008 financial crisis. In the same period, it was also fined for allegedly money-laundering $10 billion from Russia.

Tidbits: In 2012, Deutsche Bank was named the Best Global Investment Bank by Euromoney for the second time in three years. It has also won several recognitions from International Financing Review. However, Deutsche Bank has been struggling for some time. In January 2016, it reported a pre-tax loss of about $7.5 billion loss incurred in 2015. In November 2017, express.co.uk reported that the bank was about to cut “tens of thousands” of jobs at lower levels. Since May 2017, its biggest shareholder is the Chinese HNA Group, with 10 percent of shares.

Work culture: Goldman Sachs has a demanding work culture but provides its employees opportunities to attain knowledge and develop their careers. The company has been on Fortune’s “100 Best Companies to Work for” list since the launch of the list in 1998.

Crisis: Goldman was severely criticised following the 2007-2008 financial crisis and accused of profiting from the collapse of the mortgage market. Following US Government investigations, Goldman paid $550 million in fines. Other controversies include employee bonus despite financial crisis, stock price manipulation, use of offshore tax havens, revolving door relationship with government, in which top employees have moved in and out of high-level government positions, and insider trading.

Tidbits: Goldman Sachs CEO Lloyd Blankfein’s is a remarkable life story. Born to a US postal clerk and a receptionist, he grew up in a New York City housing project and attended government schools before going to Harvard College and the Harvard Law School. His salary in 2016? $22.3 million. More: In a gesture to preservation of nature in 2004, the company donated 680,000 acres to the Wildlife Conservation Society. The bank once complained that Microsoft autocorrect was changing its name to “Goddamn Sachs.” Read How to get into Goldman Sachs?

Work culture: The halls of JPMorgan accommodate the best brains of the investment banking industry. The work atmosphere is demanding, but the bank provides almost unlimited avenues for career growth.

Crisis: In 2013, JPMorgan Chase agreed to pay $13 billion in fines and consumer relief for alleged wrongdoing from its 2008 acquisition of Bear Sterns and Washington Mutual. The corporate settlement, which was the largest ever then, did not cover criminal charges. In 2002, Chase paid fines of $80 million to settle charges that the bank deceived investors with biased research.

Tidbits: J. P. Morgan followed his father into the banking business in 1857. “Morganization” became popular as Morgan took over loss-making companies and put them on the road to recovery. JPMorgan Chase and Co. is the largest bank in the US and the sixth largest in the world by total assets ($2.5 trillion). CEO and Chairman James Dimon, who is already the longest serving Wall Street CEO, is to stay on for five more years, the New York Times reported in January 2018.

Work culture: Morgan Stanley offers a motivating work environment but demands commitment and enthusiasm from its employees. Although it may not provide the same level of salaries as its giant counterparts, the teamwork and work ethics are often adequate compensation.

Crisis: In 2015, Morgan Stanley fired one of its financial advisors for allegedly posting information about 350,000 of its wealth management clients on a website. The Wall Street called the incident “potentially the largest data theft at a wealth management firm.”

Tidbits: Here’s a heartwarming story from 9/11: As Morgan Stanley Security Director at the Twin Towers, Cyril Richard Rescorla anticipated the attacks and evacuated all but 13 of the bank’s 2,700 employees in the towers. He died while leading evacuees out from the South Tower.

First glance: Founded in 1862. Originally “Union Bank of Switzerland,” the abbreviation ceased to be representational with the merger of UBS and the Swiss Bank Corporation in 1998. HQ: Zurich. Operating income: $30.41 billion. Employees: 59,387 (2016 figures).

Services: UBS offers investment banking and wealth and asset management services to private, corporate, and institutional clients. The investment bank also deals in securities and other financial products and research, advisory and underwriting services, and private placement of equity, debt, and derivatives.

Work culture: UBS employees report a mentally stimulating work atmosphere, with growth opportunities not only in Switzerland but all over the world.

Tidbits: UBS, which is an amalgamation of at least 28 predecessor banks, has received several awards, including Global Finance’s “Global Winner” in the category of World Best Investment Banks 2017.