Most of them already know the first thing about these two career paths: excellent salaries. Some of them also know that work-life balance is a difficult act in both.

Here we go a little beyond popular perceptions to find out what these jobs really involve. 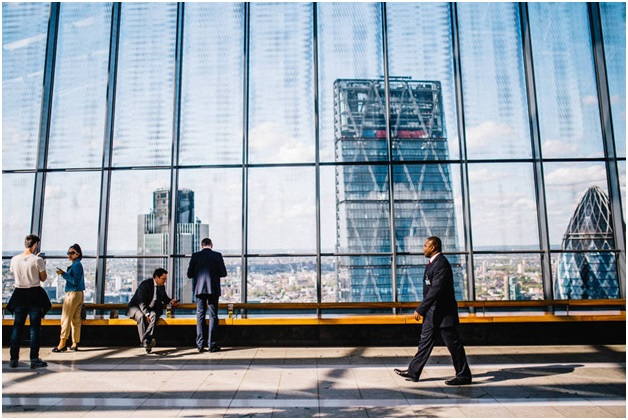 First, a little about both industries and careers. Investment banking (IB) denotes a financial service that creates capital for individuals and organizations, according to one definition. Investment bankers (i-bankers, or just “bankers”) give investors counsel on market strategies that can minimize their risks and maximize their returns. They provide assistance for mergers, acquisitions, and restructuring. Risk management is a major part of the i-banker job.

A management consultant (MC) provides expert advice to businesses on operations, restructuring, and cost reduction. They are called upon to create strategies to help companies make a turnaround. They look at what their client companies have been doing and suggest what they can do to perform better. MCs deal with different types of problems and, for example, may be called upon to suggest to a marketing team how to improve its product delivery or advise HR people how to create a new health plan for employees.

IB and management consulting (often just “consulting,” here) have similar career paths, says an article on wayup.com. I-bankers start with a summer internship, followed by an entry role as a financial analyst for two years, then, as an associate for two or three years, before elevation as managing director or VP. MCs start their careers as business analysts and gain experience for two or three years before becoming an associate or senior consultant.

MCs may not start with an internship as often as i-bankers, since banks do most of their recruitment from among interns. But it is a good idea for MC aspirants to intern to gain industry knowledge.

Salary is probably the biggest attraction that the two careers hold. At least in the first decade, i-bankers beat consultants in take-home figures. Starting salaries for entrant bankers are $80,000-$150,000 for bachelor-degree holders, while consultants receive $65,000-$100,000.

Entry-level consultants with an MBA from a top school can hope to earn $125,000-$200,000, according to Investopedia. But they usually don’t see the big bonuses that go to i-bankers. When bankers and consultants reach partner/managing director position, their salaries may even out at the $500,000 mark, according to wayup.com.

There are a number of salary variables, and I-banker salaries can be at times 50 to 100 percent higher than consultant salaries, says an article in managementconsulted.com. The gap significantly increases higher up the ladder. But the article adds that consulting offers perks including travel allowance. Health and retirement packages could also be better. At the end of the year, bonus comprises 50 percent of annual compensation for bankers. The pay difference between bankers and consultants in the first year is usually between $30,000-60,000.

A couple of skills are common between the two jobs: a number-driven, analytical approach to solving problems and almost preternatural skills in diplomacy. MCs need to understand the management structure of their client companies, identify areas for improvement, and explain what needs to be done to improve their functioning. This means critical-thinking skills, a way with people, the ability to concentrate on business operations, PowerPoint skills, and communications skills. I-bankers need good knowledge of financial modeling and Excel skills and the ability to put in long hours.

The differences? IB is for people with the sharpest quant skills. Consultants also need these skills, but not to the same extent. Senior i-bankers get presentation opportunities with clients but junior bankers not so much. In comparison, MCs at every level get such opportunities. There is more number-crunching and deal-making in IB.

Consulting gives you a wider perspective of business. An MC is likely to be thorough at the conceptual level and have strengths in different areas.

Financeresule.net provides some similarities between entry-level jobs in the two industries. Both jobs involve similar applicant pools of generalists, intensive training, excellent pay, great exposure to corporate clients, and high turnover (many employees who leave do so to join an MBA program or other finance/strategy jobs after two or three years).

Differences at the workplace

MCs often enjoy a more informal atmosphere at work. Compared with banking, there is less tension between managers and coworkers, and among coworkers, who try to help one another in difficult situations. Social events improve relationships inside the office and build contacts for MCs.

However, the MC’s job is highly demanding. After all, they are approached by companies in trouble and look to them for a way out of problems. A consultant needs to be able to handle pressure and spend extra time at work. But the turnover in the consultancy industry is low, though MCs do switch jobs to become analysts or entrepreneurs, which they become adequately equipped to be.

I-bankers work in a hierarchical organizational structure, and managers may not be as friendly as they tend to be in consultancy firms, according to what may be a slightly biased view of IB and i-bankers. Since everyone is trying to get the biggest bonus, coworkers see one another as competitors, and there is less willingness to help. True? Maybe.

More bad press for IB. Talking about the caliber of colleagues, a guest at efinancialcareers.com says that at the workplace, consultants come across as more knowledgeable than bankers. They usually have a better understanding of industries and they are almost obsessed with their professional reputation. As for bankers, they don’t need to know a lot about various industries as long as they can complete a transaction. But this view is not left uncontested: someone points out that i-bankers, particularly researchers, possess knowledge not easily matched by anyone.

Consultants tend to be less shrewd and less arrogant and extremely knowledgeable about their industry, though they may be “missing the alpha-male side.” “If you want depth of knowledge, reasonable hours, and a high salary, be a consultant. But if you want big bonuses, big kudos, and alpha-companions, be a banker,” a guest post says.

The counter-view is that in consulting, people tend to be obsessed with qualifications, whereas the work environment at investment bankers is superb, though transferable skills are lacking and the job is repetitive. The salary is better at “the right time in life” in banking.

Although the lifestyles of an i-banker and management consultant are somewhat similar, read “tough and taxing,” work days and work weeks are known to be typically longer for i-bankers than for consultants. First-year bankers put in 70-90 hours, with a rare free Sunday and rarer full weekend, according to Investopedia. Consultants do less at 60 hours. However, a lot of travel may be involved, which is not the case with banking.

Managementconsulted.com gives one scenario of flat-mates, a banker and a consultant, not meeting each other for weeks: the banker returned to the flat at 2 am, much later than the consultant, and left at 7 am, a little ahead of the consultant. But while bankers stayed in office 90 percent of the time, consultants might travel 25 to 75 percent of their time.

A guest on efinancialcareers.com, an i-banker who shifted to consulting, says that he has hardly worked a lot of weekends on his new job. Even if there was a client deadline, things could be allowed to wait for the next day, or if a weekend intervened, for Monday.

Read The dark side of Investment Banking

Even after doing a topnotch MBA program, a sizeable percentage of consultants continue in consulting. TransparentMBA’s tracking data show that this percentage is 46, reports Poets&Quants. Forty percent of consultants and corporate finance professionals switch to investment baking after MBA.

Thegatewayonline.com features the story of an executive director at a large firm’s IB division who shifted from consulting to investment banking. His motivations were his passion for banking and finance that fired up during his Master’s in Finance program at the London Business School. He says the negative side of consulting is that it takes long to see the results of your work, as a client may implement your suggestions only over a few years.

In IB, the results are quicker and more tangible. For example, the results of a suggested takeover or market listing come quickly. Other plusses are access to top decision-makers in companies and a part of the action in big deals that become front-page news.

A Quoran writes that a consultant who wants to get into banking should focus on the right personal and professional story with the recruiter. In order to get recruiters to take interest in you, you need to show enthusiasm for IB and convince them about your ability to work long hours. Another Quoran says that the most straightforward way to get into banking from consulting is to study at a good school where bankers recruit.

A healthcare consultant says that switching from IB to consultancy is easier than it is the other way around. He says on Quora that people generally make the switch for three reasons. IB is specialized but repetitive, whereas consultancy touches upon various sectors/companies; consultancies hire more people with experience and MBAs than IB, for which a finance background is required; IB requires professionals to work long hours, and consultants, despite the business trips, are able to manage work-life balance better.

Financial whiz-kids and graduates or postgraduates with commercial acumen and analytical skills can choose either consulting or IB. Really speaking, it is only experience in both industries can tell you which is more suitable. A practical solution for a newbie is to do some extensive research and take a good guess where he/she belongs. They could ask themselves: Would I enjoy the work? Just as important: Would I like the people there?