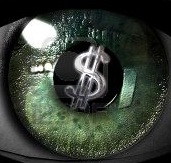 How to become an investment banker in India and abroad

An investment banker is one of the most fascinating characters of our time. A high-flying man or woman of finance with razor sharp mental ability, juggling billion dollar deals in fancy suits while traveling the world and making lots of money (A day in the life of an investment banker).

Thousands, if not hundreds of thousands, of young people around the world dream of joining this league of extraordinary business people.

So you’ve decided that it is a path you’d like to pursue and are committed to becoming one of these global jets-setters. Read on.

I didn’t have the typical profile investment banks sought from candidates. Before banking I worked for two tech startups. I did some development work in the Caribbean and the Middle East.

What’s more, I was always trying my hand at different things on the side. Little entrepreneurial ventures here and there. In fact, I had so many positions in my CV bank recruiters always worried I’d join and leave within 6 months.

I even moved to Hollywood for nearly a year to pursue a career in film. No joke.

So when I first applied to investment banks I had no traction. I got rejected time and time again. But I was determined to get into banking. I was relentless and I spent time building relationships – one of, if not, the most important thing you can do. Eventually I found a back door.

After gaining deal experience within an investment bank, I set up my own investment company and I now do deals with clients from all over the world, including India.

In the paragraphs that follow, I’ll provide some advice that will hopefully help you get there. Also read Investment banking resume with no experience

Believe that you can break into investment banking

First things first, you must get over any self-doubt.

I’m not just saying this. I mean it 100%. There’s nothing magical about the craft of investment banking.

The hard part is breaking in.

I’ve worked with people you’d never in a million years think they had what it takes to become bankers.

When you run into an investment banker who’s been in the business for at least a few years and you get impressed, always keep in mind that they very likely underwent a transformation.

They received training, got deal experience and have been surrounded by more professional people, through whom they learned a lot. Anyone in that position will change and become a better business person over time. You will too.

I’d be lying if I told you that where you studied is irrelevant. The better the business school, the easier it is to break into the investment banking industry. BUT, it’s still difficult even if you went to the best school.

Where you studied isn’t a make or break. Most students from top schools who chase the banking dream never get in. There aren’t enough positions available.

What’s more, when you look at the bios of most bankers you see that a significant proportion didn’t go to the top schools.

I know many people who work in banking in financial centers like London, New York, Mumbai, Singapore, Los Angeles and more. Most didn’t attend the top schools.

If you haven’t studied at a brand name school you just need to compensate for it in other ways.

No single path to become an investment banker

There’s no sequential set of steps you follow and then break into the investment banking business.

Just because Venkatesh broke in one way, Farhan got in another way and Bhupender made it using his own strategy, it doesn’t mean you’ve got to follow one of them.

You need to chart your own path. It’s like setting sail across the ocean…many paths can get you to your destination.

And you can’t predict the trajectory because forces outside of your control (e.g. storm) can meet with you along the way.

Some of my friends were extended internships and investment banking jobs without having to do any work. Daddy knew this person. Mommy knew that person.

That’s life. It’s not going to change anytime soon, if ever.

An extremely powerful recommendation: When you witness this phenomenon at work, do not get into the habit of blaming the system.

You must believe that you are in control of your fate. Otherwise, for every little bump you hit, and there will be many in life, you’ll play the blame game.

Most people love to blame. Makes them feel better because, according to that mechanism, it’s not their fault if things don’t turn out the way they would like them to.

Don’t blame and believe you can control your destiny. It’s the only way you’ll achieve great things.

You learn so much from failures. Ever successful person, from finance to philanthropy, has had more than their fair share of it. Learn from those experiences.

It’s better to act than do nothing – and remain boring!

Just because you read articles or watch television programmes that show the vast accomplishments of an individual don’t think it’s all been a joy ride for them.

When things don’t work out, remember that it’s temporary. Think about what you can take away from the experience.

Failure is experience. Get a lot of it.

The illusion of ‘busyness’

In the early 20th century, an Italian named Vilfredo Pareto came up with what’s become know as the Pareto Principle. He observed that, surprisingly, 80% of Italy’s land was owned by 20% of the people.

Different ways to look at this:

In short, cut out the 80% you’re wasting time on and focus on the 20% that makes a difference. Most people keep doing the wrong things over and over.

Putting in hours isn’t enough. You’ve got to spend your time on the right things. Especially when chasing a banking job given the competition out there. Work smart.

So don’t spend all your time reading about the best investment banks in India or otherwise. Get out there and meet with senior bankers face to face. That’s how you really learn about an institution.

Plus, you build relationships, which is key. The investment banking industry is a people-based business. A senior investment banker can open a door for you, if he or she detects drive and hunger, even though your application may not be perfect.

Most people lock themselves in a room and study investment banking interview questions for hours and hours doing nothing else. That won’t get you a job. Yes, it will keep you busy but that’s not your aim.

You must find that 20% (or less) that will give you an edge over the competition.

There are so many things you can do to stand out. For instance, if you’re still in business school then you can establish and become the founder of a new society or other organization.

It can be focused on investment banking, finance or a related area. You can then use that entity to invite speakers (e.g. senior investment bankers) to come and present. It enables you to build a relationship with them.

Bio: The ibanker is a former bulge bracket investment banker who founded a family office-backed investment company. He has co-founded several startups and undertook actor training at the Royal Central School of Speech & Drama. His debut novel, a fiction story about a young investment banker in London, is set to be published in 2014. The ibanker regularly travels to India and hopes to play in a Bollywood movie some day.

Here’s the story of an MBA student who became an investment banker after spending many years in other industries: Investment Banking career after MBA.

25 thoughts on “How to become an investment banker”