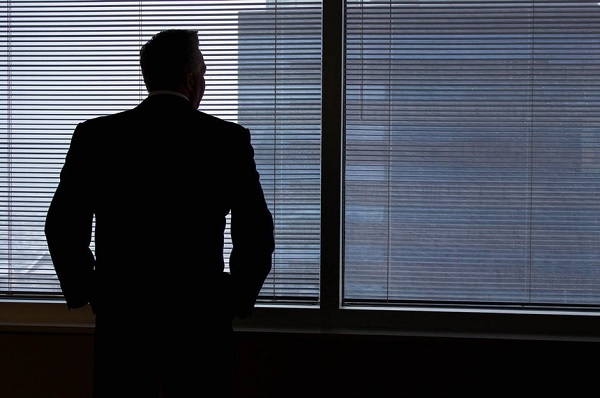 “More is never enough.” This life philosophy of real-life billionaire stockbroker, Jordan Belfort, the protagonist of Martin Scorsese’s film “The Wolf of Wall Street,” played by Leonardo DiCaprio, seems to inspire at least some young people who aspire for a career in investment banking. Some go far enough to realize their professional goals and lifestyle dreams, while some give up their journey midway. But all of these people get to catch a glimpse of the ugly side of their chosen field.

Investment banking (IB) is an endless party to only a very few people. To others, it’s a roller-coaster ride at best. An exhilarating high is almost always followed by a steep fall, as each deal, or transaction, depends on a number of factors, many of them external. A change of mind on the part of one of the parties involved, or a shift in their business circumstances, can make or mar a deal. In the long term, there are also economic cycles and markets, with their ups and downs, to worry about.

In the recent past, the IB industry has gone through particularly tumultuous times. The economic slowdown and the crash of capital markets almost wiped out banks’ billion-dollar profits, leading to largescale retrenchment and cutback in operations. Corporate scandals muddied banks’ reputation and put the spotlight on their questionable business practices and ethics. Scam-tainted banks also took down with them other global institutions and financial systems. They lost the investor’s trust.

To those aspiring for finance jobs, compensation is the main attraction that IB holds. But salaries in the IB industry see many ups and downs, in tune with the crests and troughs of banks’ business. Instability and insecurity are what recruits sign up for: companies do a lot of hiring in the boom time and shed staff during the lean season.

The financial incentives may be higher in IB, but there are still many areas of finance, such as PE, corporate insurance, commercial banking, and wealth management, where the money is just as good. In IB, you may start out better than professionals in other fields, but it is only when you get to the top and are almost a celebrity that you actually see the millions in bonus that you always heard about.

For the rest of the cogs in the wheel, compensation is dependent on the deals they helped close. So, if you are getting ready to go into IB mainly for the money, you may do well to review all the pluses and minuses of an IB job and the sacrifices that come with it. Listen to your mind and make a thorough comparison of your options.
Read How much do investment bankers make around the world?

Getting into IB is tough, but sustaining yourself at the workplace is tougher. You may be smart, may interview well, and get hired. But once on the job, you may find out that you are no magician and can’t do everything well and always come up to the expectations of your organization.

For example, you may not have as much ability to think strategically as your bosses and you yourself imagined. You may not be able to digest the tons of business information that come your way and make sense of it. Or you may start well on your job but falter at higher levels where teamwork and leadership skills are prime requisites and you don’t have them.

Junior analysts at banks start out looking for challenging tasks such as complex analyses. But six or eight months down the road they may realize that they are only doing the same tasks over and over again. Often, it is just the name of the client company that changes. Then there comes a time when they stop hoping to learn anything new on the job.

Generally, in IB, you are likely to be surrounded by a sea of overachievers who seem to be driven by some preternatural, money-minded force. That’s good, except that some of these people also have big egos and are selfish and hard to get along with, as many disgruntled investment bankers confess and complain anonymously on online forums.

You may consider yourself ambitious, but not after seeing how some of your colleagues look out for themselves. You may find yourself lost among all those Type-As.

If you are incompetent, you will be eventually shown the door and that is that. If you’re reliable and have the ability to solve problems quickly and accurately, you are likely to strike a great rapport with your boss and earn his praise. He may reward you by giving you more work than he gives your colleagues.

Depending on colleagues can sometimes prove disastrous. For example, an associate almost always needs the support of her junior colleague, say, an analyst. But, sometimes, the analyst might lack the capability and commitment to complete tasks on time. The associate would now have to pick up after the slacker colleague, too.

Because of the go-getters and Type-A personalities all around, the IB environment doesn’t get to develop a nurturing culture. No one has the time to train or counsel you. You better be a self-starter and learn by yourself.

Some banks explore ways to keep their employees reasonably happy. For example, a few have introduced parental leave and a system by which couples can take some time off together. Other banks may have a terrible culture with no sensitive approaches to HR management.

That most i-bankers struggle to achieve a decent work-life balance is hardly a secret. Weekend plans regularly get cancelled, and live projects might come one after another and prevent you from doing any re-planning. Longer vacations may remain a distant dream. So also finding “quality time” or any time for your life partner.

Clients are demanding, and most tasks have tough deadlines. For most young i-bankers, 100-hour work weeks are common. Most don’t manage to find the energy for anything else. Long hours over a long period of time cause a quick burnout.

Life is hardest at the lower rungs. You may get away doing less time higher up, but you may be on call from clients all the time. This makes daily life unpredictable. For example, you may work in New York and have a client in Hong Kong who demands a phone discussion at the end of normal work hours for him. Quite comfortable for this client, but you have at least couple of precious hours of bedtime still left when you force yourself to take that call.

An M&A analyst at a boutique investment bank says he decided to leave for a private equity job after two years. He says that although he got opportunities to enjoy various life cultures at his bank, he would certainly not miss them, as the job routine forced him to give up his personal life. Some of his colleagues worked excruciating schedules, clocking 140 work hours and straight five days at the office.

Suicide among invest bankers is common, especially since the economic crisis of 2007 and 2008. Young bankers are said to be more prone to take their own lives because of work pressure. Goldman Sachs reduced its working hours for interns to 17 hours a day after a 21-year-old Bank of America intern was found dead in his shower after working 72 straight hours: he had suffered epileptic seizures.

Young employees seem particularly diffident and unwilling to protest when their bosses overburden them with work. Many don’t find time for anything else. The average working day has been reported to be 14-19 hours a day, with all-nighters on Sundays thrown in. The work level is also intense. Reports have it that it is a considerable professional risk for a young banker to take a five-minute coffee break without grabbing her phone to take her clients’ calls or see their emails.

The so-called “wolves of Wall Street” are actually “sad and abused dogs,” says one banker. Million-dollar stories are rare in real life. Most lower-level bankers have never gone to a yacht party or enjoyed a drink sitting on the hoods of their Lamborghinis. Rather, many are student-loan-burdened young men and women trying to pay off their debts as quickly as possible by working endlessly. They put up with “the most boring stuff imaginable” so that they can pursue their real interests and passion someday.
Read A day in the life of an investment banker

One banker says that the bad impression about investment bankers that society has formed based on scandals is well-deserved. Investment banks were originally established to extend loans to entrepreneurs who had great ideas but didn’t have the money to bring them to life. It was thought that banks would also help society by helping businessmen and the economy thrive.

But now banks seem to exist only for billionaires and their families and friends. Not much money is trickling down to people who need it the most. Even as young bankers are being squeezed dry of their youth, and “unwanted” employees are being sent home, the big guns continue to live their lavish dreams without guilt.

8 thoughts on “The dark side of investment banking”