What are the chances of getting an INSEAD scholarship for Indian students in Round 2, with a rather average GMAT score?

If you thought the odds are low, you’re right. While that may be true from a subjective viewpoint, there are always those who try to go against the statistical chances and succeed.

Ajinkya Rajadhyaksha is among those who took on the challenge and get what he wanted – an admit from his dream school with a scholarship. He took the GMAT thrice, but realized that he wasn’t getting the score he desired. Here’s what he did to buck the trend at INSEAD.

You might want to check out another story here,
– INSEAD MBA diversity scholarship with an average GMAT score of 700 in Round 2

How I got into INSEAD with scholarship in Round 2 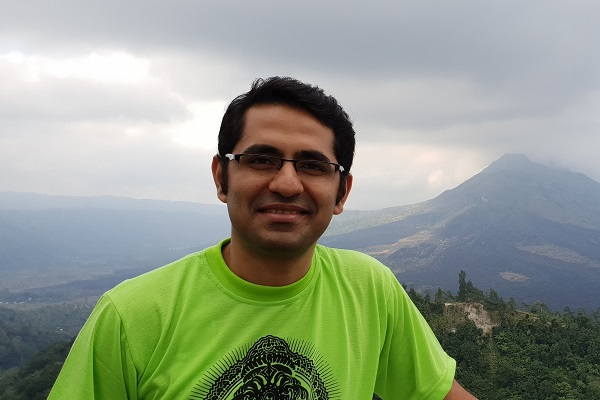 My journey or should I say the saga to pursue an MBA started about 5 years ago! I had been working with an FMCG MNC for 2 years in a techno-managerial role and was posted in Chennai, India.

I have always had structured, logical thought process and strong analytical skills and knew that a top MBA would enable me to get into the next tier of leadership roles.

I did not want to limit myself to the technical field. I was also determined to pursue an MBA in a reputed international school.

I knew there were numerous steps involved in a successful application. I started off with tackling the first hurdle – the GMAT!

Quant has always been my forte and I had no doubts that I would ace this part. However, verbal was my Achilles heel.

I self-studied referring multiple GMAT resources and blogs and took the GMAT. With the efforts of 5 months, I scored a 710.

I knew that for an Indian Male Engineer, a 710 was a below par score for all the top schools. I planned to retake the exam.

In the interim, my company offered me a project lead role in Singapore. It was an excellent opportunity to broaden my profile on an international scale and I grasped the deal with both hands.

Towards the end of the project, I again decided to renew my efforts for an MBA, with an international experience under my belt.

I once again put in heart and soul in the GMAT prep and retook the GMAT in Singapore.

The change in venue only served the purpose of pushing my Quant score from 50 to 51 but my verbal score crashed. I landed up with another 710.

I was disheartened and unsure of how to plan for the next steps.

I knew I had to take the help of a good admission consultant to help me structure the entire process and more so maintain the discipline and focus through the application process.

It is then that I came across MBA Crystal Ball on one of the MBA blogs. Further, the reviews and testimonials convinced me to try them out.

I reached out to Manish Gupta (MG) and I was immediately impressed by his style of work and honest feedback.

I signed up for the MBA MAP service. The exercise proved extremely useful in bringing in practicality to all the dreams and to create a customized plan of attack for my target schools.

Compared to the other top MBA consultants I had evaluated previously, I could see that MG topped the others in two major ways – providing extremely honest feedback and no spoon-feeding. This was exactly what I was looking for.

Post the MBA MAP exercise, I worked on one of the weak areas of my profile – extracurriculars.

Through the years I had dabbled in a few activities like education mentoring and sports. However, it lacked recency and a connected storyline. I built on this weakness through volunteering and other activities in the education space.

Finally, after another year, in Feb 2019, I knew it was a now or never time to go for the MBA dream full steam.

It was a no-brainer to reach out to MG and continue our association.

Basis the MBA MAP, we decided a list of 3 schools and I signed up for a 3-school MBA application review package. These included MIT Sloan, Duke Fuqua and INSEAD.

I also decided to retake the GMAT one final time. I took personal tutoring and additional efforts to improve my GMAT verbal score.

Knowing the average score at my target schools (+20 for Indian Male Engineers), I had targeted a score of 740. I had high hopes as I had been consistently scoring above 740 in the preparatory tests.

Though heartbroken, I decided that it wasn’t worth the effort to retake the exam and decided to push ahead with what I had.

I only realized the real quantum of work and research associated with each application as the process evolved. I also started realizing the nuances of each school.

The preliminary approach of blindly targeting the top schools as per Financial Times rankings was gone. I had numerous brainstorming and essay review sessions with MG.

My MBA application essays needed the magic of compelling storytelling – something which didn’t come easily to me.

MG was superb through this entire process – being brutally honest at times and being equally encouraging at others.

The approach of no spoon feeding ensured that the essays and the stories remained purely mine. I submitted my applications for MIT and Duke in Round 1.

I started preparing my INSEAD application for Round 2. A week before putting in my application for INSEAD, the MIT and Duke interview results were announced. I had not been selected at MIT and I had been waitlisted without interview at Duke.

I was absolutely shattered with the Duke result and began doubting myself for an INSEAD application. It seemed extremely ambitious to get into INSEAD if I couldn’t even get selected for Duke.

I discussed with MG at length and we decided to persist with our strategy and not get bogged down.

The concept of ‘fit’ for the school became all too clear for me through the process.

On the other hand, it was also the one I enjoyed the most as it made me even more clear on why I needed the MBA in the first place and how INSEAD fit into the career transition I was planning to make.

Within a month of the application, I was ecstatic to receive the selection email for interviews for INSEAD. I had already decided that I would go ahead with MG for the interview preparation phase as well.

By this time, I had developed an extremely strong rapport with him and he knew my story in and out. MG gave excellent pointers through the mock interview and I became confident of tackling the interviews.

Both my interviews with INSEAD alumni were extremely conversational and I thoroughly enjoyed the experience. Now the only thing left to do was to wait.

In the final week, leading to the final decision, I jumped up at every international call or email.

On the decision day, as my phone flashed a Fontainebleau number, I knew I had made it!

It was truly a remarkable journey – a journey of intense self-introspection and resilience.

The icing on the cake came a week later when I got an email confirming that I had received a 15,000 Euros scholarship as well from INSEAD.

This was a culmination of my efforts and support from my recommenders, my mentors, my family and of course MG!

MG had truly become a trusted partner in this entire venture.

I intend to get into consulting post MBA and know that I couldn’t have landed a better school than INSEAD.

For MBA aspirants out there, my recommendation would be to start the process early.

Every school and application is unique and you need to spend a good amount of time to research the school, develop connects and build your story.

It is also equally important to not blindly get biased with business school rankings.

Considering the huge investment, it is important to introspect and be clear on what you wish to achieve from the MBA.

This then has to tally with what the school has to offer.

At the end of the day, the deal needs to be win-win on both sides. That’s the only way through!