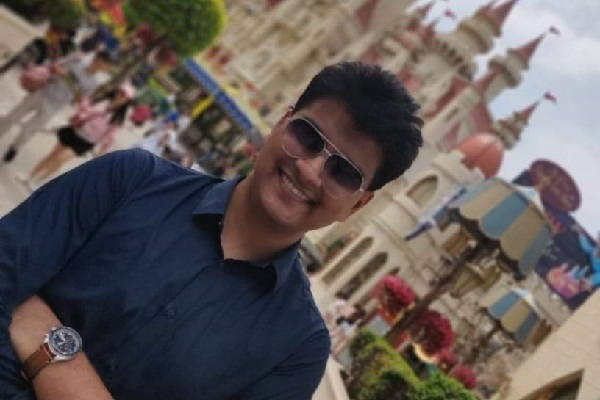 Ishan Kawley has an engineering degree in Electrical & Electronics and works in finance. He explains the steps he took to overcome his below average GPA.

And how his experience with bulge bracket banks such as Goldman Sachs and JPMorgan Chase helped.

He also explains why he chose to hire an MBA consultant, though he’s a national level debater and hails from a family of authors, playwrights and professors.

How I got into INSEAD despite below average GPA

I had a regular, clichéd India beginning. Born in a small town into a middle-class family, early on, like many others in the country, I realized that academic excellence was going to be the oxygen for my aspirations.

Contrary to the cliché though, I was always encouraged by my parents to focus on broader personal growth; teachers at school too reaffirmed this and encouraged me to dabble into multiple activities. I thus became a national level debater while excelling academically.

Larger family forces were at play too. I grew up with a grandmother who has authored several Marathi children’s books; my father was a playwright of Marathi and Hindi musicals and my mother is a college professor. My formative years were thus shaped in such diverse milieu.

I graduated from BITS Pilani Goa and joined the Bengaluru office of a leading investment bank. I was part of their risk division and after two years made a switch into their asset management division.

Being the bulge bracket investment bank, the culture at the firm was fabulous and hierarchy flat. It offered ample opportunities to grow professionally.

However, after spending close to 4 years in the firm, I knew I had to make the next shift in my career- a more global/international role outside of India. This was when the idea of pursuing an MBA came into the picture.

Dealing with a weak GPA during engineering

My undergraduate CGPA was on the lower side. Being aware of this pitfall in my profile I knew I had to compensate for it by depicting my technical acumen through other avenues.

I obtained the Financial Risk Management Charter (FRM) which was pertinent to my role in the risk division. Later on, as I moved into asset management, I also cleared CFA Level 1.

My two cents if you feel your undergraduate CGPA is weak – make sure you are able to justify the reason for weakness (some genuine circumstances that caused your CGPA to dip) or else ensure that there are enough highlights on your resume that showcase your technical abilities- professional certifications, technical electives, strong online certification etc.

At the end of the day the admissions committee of an MBA college must feel confident in your abilities to match the technical rigor of their program. And of course, to top it all there’s GMAT.

Coming from an engineering background, I had a fairly good grasp of the quantitative concepts of the exam. That being said, don’t get complacent about it.

There were so many instances during mock exams when I made those ‘silly mistakes’- when I got simple multiplications wrong or erred in my mental math.

These simple errors will haunt you far more than the ones you commit on difficult questions. Thus, if you are from a background where your undergraduate courses had a heavy quantitative tilt, make sure you leave no room for errors in the quantitative section of the exam. My nemesis was sentence correction in the verbal section.

When I started off, I was really poor. After researching online, I settled on e-GMAT as a source for verbal and needless to say it really helped.

In my first attempt I scored 730. As a thumb rule for Indian applicants, always add 20-30 points to the average GMAT score of the college you are targeting.

My target college had an average GMAT score of 710 and thus I took another stab at GMAT and got a 740. At this point I knew I had a good score to go ahead with the application.

Why I chose to hire an MBA consultant

Even before I had taken GMAT and had jumped on the MBA bandwagon, I had come across the book “Beyond the MBA Hype” written by Sameer Kamat, founder of MBA Crystal Ball.

I would recommend this book to every MBA aspirant. This book is not so much about what an MBA can do (a common narrative you can find on all platforms) than it is about what it cannot do.

The bottom line is that an MBA is not a magic wand, it’s an investment and like any other investment, you need to be realistic about the returns. It was through this book that I first came across MBA Crystal Ball.

I was looking for someone who had successfully guided past applicants through the rigmarole of MBA applications. I thus decided to hire a good MBA consultant.

Also, it made financial sense as pursuing an MBA from a top school would cost me anywhere north of 75 lakhs. Spending another 1-2 lakhs on sharpening the edges of my profile and making it well rounded, seemed like a good investment.

That being said you can just as well rely on your friends/peers to help fine-tune your application, but I sought professional help.

Conversation with some of their past clients and a thorough reading of all the online reviews of MBA Crystal Ball cemented my decision to go ahead with MBA Crystal Ball. In the hindsight it was the best decision.

I started working with Manish Gupta from MBA Crystal Ball. In the entire application process, you need someone who constantly keeps showing you the mirror and who calls spade a spade. Manish did exactly that.

I remember one of our first email conversations went like this:

“Please also note that I tend to be brutally honest and frank about the feedback – if that style doesn’t work with you and hampers your thought process, let me know and I can temper it accordingly.”

It was Manish’s honesty and precise feedback that really helped me sharpen my essays.

Also, Manish had an eye to pick out certain details in my profile which I had overlooked. For instance, prior to moving teams within my current company, I had to network immensely and also had to undergo a series of interviews.

Manish pointed out that this is exactly what I would be expected to do during my MBA and thus advised me to elaborate upon it in my essays.

Such subtle aspects in your profile if articulated well can make a huge difference. Furthermore, Manish was punctual and always reverted with his suggestions within the agreed timeline and also pushed me consistently if I appeared to be slacking.

I had started working with Manish right since the MBA MAP stage which I had used to asses my profile.

Based on my conversations with Manish I shortlisted INSEAD, Booth & NYU Stern.

I chose INSEAD primarily because of the global nature of the program demonstrated by their three campuses in France, Singapore and Abu Dhabi. Booth & NYU Stern were chosen given my interest and background in Finance.

Before you shortlist schools, make sure you research them well. I spoke to numerous alumni, with whom I had connected over Linkedin. I attended the admission information events that were conducted in Bangalore.

I also visited INSEAD’s Singapore campus. It’s always advisable to visit the campus if possible as it gives you the pulse of the land.

My visit to the INSEAD campus convinced me how international the program really is. My concern while applying to INSEAD was that I hadn’t stayed outside of India for an extensive period.

It is important to note that INSEAD looks for international exposure and motivation which can come in different forms and shapes.

For instance, in my case I had travelled to London for work, had spent a few holidays outside of India and had worked with team members at work from various nationalities. In the end every, aspect of your profile counts.

On 7th January 2019, I received a call from the INSEAD admissions committee saying that I was admitted. I was overjoyed and relieved in equal measure.

The success of hard work tasted really sweet. I owe a lot of this success to Manish for his astute mentoring.

In the end remember that an MBA is a means and not an end in itself. A great MBA program will open doors towards exciting professional opportunities but ultimately it’s your hard work that will enable you to walk through them.

So be ambitious, be hard working and always remember that there are multiple pathways to professional success, MBA being one of them.

13 thoughts on “INSEAD admit with low GPA in engineering degree”