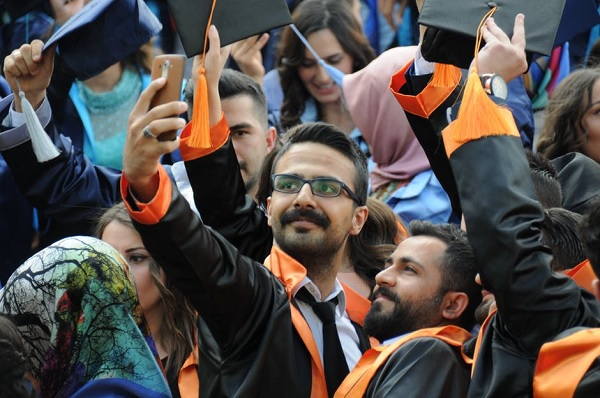 Among the major contingents of foreign students arriving in the US are MBA students. Again, not surprising, because seven of the top ten b-schools and 14 schools in the top 25 are located in the US, according to FT’s list.

Foreign students are particularly eager to study in b-schools that can place them in consulting and finance jobs that offer higher salaries and international opportunities perhaps more than any other MBA job. They know that the US is the place to be to realize their dreams.

Schools such as Harvard, Stanford, Wharton, Columbia Business School, Kellogg, Tuck, Booth, Sloan, Johnson, and Haas have MBA programs considered to be strong in finance and accounting. The pay after graduation is around $120,000-$200,000 with some alumni netting as much as $300,000.

International students’ love of US b-schools is returned in equal measure by the schools. Faced with financial crisis with budgetary cuts for higher education, b-schools started wooing overseas students.

B-schools began to see international students as a source of much-needed funds. And foreign students were ready to pay to achieve their dreams; often in full, as scholarships were not so readily available to them. Their fee was also much higher than that for domestic students.

Around the time, the size of the US college-going population was dwindling. The number of domestic students ready to join b-schools without scholarship and aid was also decreasing. The answer for b-schools was again international students.

Another advantage that foreign students bring is high selectivity, because of the number of students applying for admission to b-schools. Schools are able to pick up the best students from a highly competitive pool. The number of slots for international students may be less, but they can all be filled with excellent candidates.

Foreign students give their campuses additional diversity and perspective, which help b-schools prepare their students for professional lives in an increasingly globalized world.

Read How the best MBA programs strive to increase diversity in the class.

On their part, schools go to the full extent to make the local culture and environment welcoming for foreign students. They offer bank facilities, visa services, and acculturation programs, among others, to students.

But b-schools have found that international students bring problems, too. They come to b-schools paying high fees in the hope of being able to live and work permanently or at least for a long time in the US.

But because of the US government’s new restrictions on visas, quite a few students will have to return to their own countries. This will eventually rob US b-schools of their attraction for international students, and fewer b-school students from other countries will come to the US.

There is also a view among local populations that foreign students looking for jobs affect their own prospects, which triggers unrest. But the visa and language problems make jobs for foreign students more difficult.

Meanwhile, the way international students select US b-schools from their own countries is a cause for concern for schools. Being so far away from their intended locations and unable to visit schools to study their target institutions first hand, foreign students are going by school rankings released by publications and MBA message boards.

The information that they get may not be able to help them choose the most ideal schools for them based on the courses they want and their individual requirements.

The inability of foreign students to correctly translate their grades and GPA in their applications to US b-schools is another problem for schools.

In many cases, foreign students’ use of recommenders who know very little English and fail to convey their messages clearly, results in recommendations that US schools are unable to interpret well.

International students are a mixed bag for b-schools, and the love-hate relationship between them continues.