[Editor’s note added in July 2021: Since this is an old post, we tried to find new surveys that provide insights into the latest nationality-based admission statistics. We couldn’t find any. But from our decade long experience in top-tier MBA admissions consulting, and the rising number of applicants from India, it seems like the odds have only become tighter. From that perspective, most of what we’ve covered here is still relevant. So read on!]

You thought it was fair game and your chances of getting into a top MBA program had nothing to do with your nationality?

According to him, the rejection rates for Indian candidates are ‘dramatically higher’ than any other nationality. 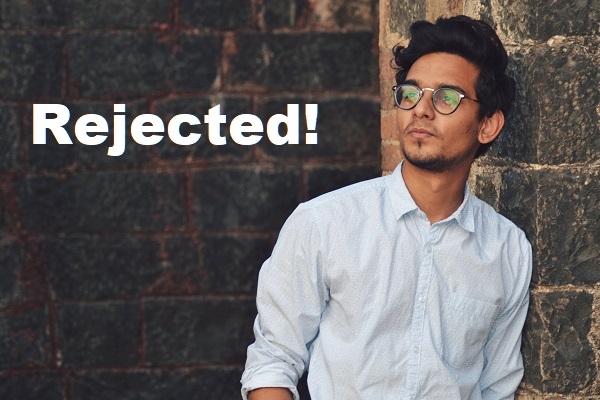 An Indian MBA applicant is 3 to 5 times less likely to get an admission offer compared to domestic candidates from the US. In fact, European and Latin American candidates would also fare better than Indians.

What makes the P&Q survey results extremely credible and hard-hitting is the fact that the data has been supplied officially by B-schools to Bloomberg BusinessWeek.

Some schools that feature in the survey include prestigious names like MIT (Sloan), Fuqua (Duke University), Ross (Michigan), Purdue (Krannert), Olin (Washington University), Vanderbilt (Owen), University of Southern California’s Marshall and many others.

What are my chances of getting into a top business school?

Let’s take an example of a top-10 business school to understand the basic concept.

If you assume that this selectivity number is applicable you, that’s not true.

With no nationality-based discrimination, you’d expect the domestic-to-international applications ratio (30:70 in our example) to reflect in the acceptance rate too, right?

It doesn’t. In fact, it’s generally the exact opposite. On an average the domestic-to-international composition of an American MBA program is 70:30. That is, 70% of the seats are taken up by American applicants, leaving only 30% for the rest of the world.

In our example above, the selectivity figures for various nationalities / regions would be as follows:

And finally, the selectivity for Indians is a whopping [drumroll begins]…8% !

The story doesn’t end there. Your industry/role would also influence the acceptance statistics.

For instance, if you belong to the over-represented ‘Indian IT Male Engineer’ applicant pool, your chances become lower (i.e. under 8%) compared to another candidate who may come from an under-represented sector (such as non-profit).

Of course, these are hypothetical numbers to convey the idea of what P&Q was trying to say. The actual percentages will vary for each school.

And we haven’t considered factors such as yield (i.e. accepted-to-offered ratio). [Read more about how colleges manage yield]

Why is it more difficult for Indian applicants to get into the top MBA programs?

But the main point relevant for Indian candidates was the dependency on gaining work permit visas after graduation.

Admission officers are trying to put themselves in the shoes of recruiters and filtering out potentially high-maintenance candidates who’d have a tough time getting MBA jobs after graduation. Nipping the problem in the bud!

So what is it that you can do to address that concern. Plenty.

How to increase your chances of getting into a top college?

There are several things you can do to improve your odds of getting into the best MBA programs.

– For starters, stop assuming that your GMAT score and the laurels you’ve won at work are the only criteria you should be bothered about. Get the whole story sorted out before you apply.

– You’ll find many application strategy and execution related articles on this blog (read these MBA success stories). Spend some time digging through the earlier posts. Almost all of them have been written from an Indian applicant’s perspective.

Also read how these Indian applicants beat the odds and got into the top school with scholarships.

For you as an Indian candidate, remember that the competition (much like charity) begins at home. You will first compete with your beloved (and not to mention extremely competitive) countrymen.

Then, if you survive, the competition gets bigger and tougher as other nationalities come into the fray.

So right from choosing the right schools to getting the post-MBA and why MBA rationale, invest time in getting the application strategy as bullet-proof as possible.

According to P&Q estimates about 1 in 3 applicants applying to the top bschools engages MBA admissions consultants (read a related post here –> MBA Admissions Consultants: How the best business schools view them). That increases their odds further.

Indians have traditionally shied away from hiring MBA admission consultants. Instead they go over-board and spend time + money on the GMAT, while the main application doesn’t get the attention it deserves.

Over-focussing on the GMAT and neglecting the rest of the application, is a penny-wise-pound-foolish approach.

If you can afford it, consider hiring a good MBA consultant in India to help you identify your strengths/weaknesses and build a solid application that’s worthy of going into the international battlefield.

If getting professional support is not an option, a do-it-yourself approach can work well too, provided you approach it in a structured manner with the right knowledge of bschools, the application process and your competition.

Reach out to colleagues or friends who know how the bschool admissions process works. There’s a ton of useful (and free) information on the MBA Crystal Ball site. Also, check out Poets&Quants, GMAT Club, Beat The GMAT and others that focus on international MBA programs.

Each year, MBA Crystal Ball consultants help a select few applicants significantly change the odds in their favour compared to the industry average. Several have got MBA scholarships too.

Read the MBA Crystal Ball reviews page to get an idea of what we’ve done for others like you, who’ve battled the odds and come out victorious.

If surveys and statistics are anything to go by, it’s going to be a tough ride out there. But don’t get intimidated by the competition and stats.

Start early, prepare well and give it your best shot. The sweet fruits of labour will be there to enjoy for the rest of your professional life.

If our boutique approach looks appealing to you, send us a note [info at mbacrystalball dot com] with your background and aspirations. We’ll see what we can do for you. If we can’t help, we’ll be upfront about it.