Private GMAT tutor, Chiranjeev Singh, sure knows a thing or two about how to prepare for the GMAT and annihilate it. He scored a 780 on the GMAT (yup, we verified his report on the official Pearson Vue site) and has earlier worked as the Director of Curriculum at e-GMAT. In this two-part series for MBA Crystal Ball, he explains how long it takes to prepare for the GMAT, and how to create a 2 month GMAT preparation plan.

How much time will it take to prepare for the GMAT? 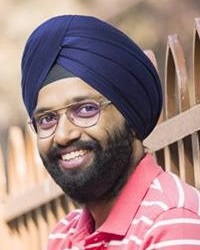 A very frequently asked question is, “what is the average amount of time to prepare for GMAT?”. And a very common answer is 2 to 3 months.

However, the question and thus the answer are pretty useless since only a small proportion of the population is around the average. People are spread across the whole spectrum. I know people who have scored 770 with one week of preparation, and I also know people who couldn’t get their desired score even after struggling for more than two years. As a working professional, you may be interested in this article 2-Month GMAT study plan for working professionals

I’m not saying that you may need more than two years to prepare for GMAT, but I indeed believe that if you are looking for a jump from the bottom quartile (i.e. percentile less than 25) to the top quartile (i.e. percentile greater than 75) – GMAT Score Range: Minimum and Maximum, you may need more than six months, probably a year (Read Why it is perfectly acceptable to take more than 6 months for GMAT prep).

However, even these numbers are just estimates. You may have the core skills but may be faltering in some techniques or concepts. In such a case, you may be able to make such an improvement even within 2-3 months (2-month strategy for 780 GMAT scorer).

Having put aside the overly generalist question about average time, let’s talk about the pertinent question: how much time do you need to prepare for GMAT?

The standard physics formula for time applies here too:

Distance is easy to figure out; speed is the trickier part.

Your speed will depend on where you falter. There are three areas in which you can falter:

Let’s take the analogy of a sprinter to understand these three areas.

A sprinter may falter in three areas:

From my experience, I have seen that one cannot determine the area in which a person falter from his score. A person currently at GMAT 650 may not be able to score more for the lack of core skills whereas a person at GMAT 600 may have the core skills in place and may just require some fine-tuning in approach or knowledge of some concepts/techniques to score 720+.

In this case, to reach a score of 720+, the former person may require much more time than the latter one, even though the former is much closer to 720.

Let’s say that two persons need to cover the same distance, and they have the same speed. Would they require the same amount of time?

The answer is Yes and No.

The difference between productive and actual time lies in ‘focus’ or ‘attention’.Time spent on studying is productive to the extent it is focused. If a person studies while simultaneously checking his Facebook feed, he may be spending a lot of actual time, all of which may sum up to almost nil productive time.

Similarly, if a person is stressed out or worried about something, he may not be able to focus on the studies. In such a case too, he may spend some actual time, but none of it may contribute toward the productive time.

We can write an equation for productive time as below:

If the focus is almost negligible, no matter how much time you spend studying, none of it may be productive. On the other hand, if the focus is good, every minute spent may contribute toward productive time.

The key here is that you should measure not only the quantity of the time you spend on your preparation but also the quality. For full-time working people, it’ll be helpful if you study before going to the office rather than after coming back from the office.

Clearly, you are fresher and thus able to concentrate more in the morning before going to the office than in the evening after coming back from the office.

There is a famous quote that says something like: while you are busy running up the ladder, make sure that the ladder is leaning against the right wall.

While it is important to have a great speed and devote as much time to GMAT prep as possible, it is of paramount importance that your direction or way of preparation is correct. Otherwise, there is a risk that all your efforts may go in vain.

I have seen this risk realized in many students who approach me after spending many months, sometimes even a couple of years, on GMAT preparation. I have seen that their months or years of preparation haven’t helped them.

Here’s an article I have written on this topic: Practice won’t lead you anywhere!

We must understand that GMAT is a test of skills: comprehension, reasoning, writing correct and unambiguous English, mathematical reasoning etc. Various question types that appear on GMAT are just tools created to test these skills. The purpose of practice should be to build those skills.

However, for many, the purpose of practice remains either unclear or building familiarity with various question types. Such students then look for shortcuts and tricks to solve different questions.

Any practice done with such mentality is equivalent to running in the wrong direction. It is definitely not useful and, many a time, quite harmful since the person may get used to such a way of solving and practicing questions.

Now, to go back to the question raised in the title of this article: How long does it take to prepare for GMAT?

The answer, as explained above, is: It depends on various factors, and it is generally not possible to have a very precise answer to this question at the beginning of the preparation. Thus, I generally recommend that people start their preparation as early as possible.

There is no harm is getting over with GMAT early – the score is valid for 5 years. However, if your GMAT journey gets stretched, you may have to delay your b-school plans by a year.

12 thoughts on “How long does it take to prepare for the GMAT?”