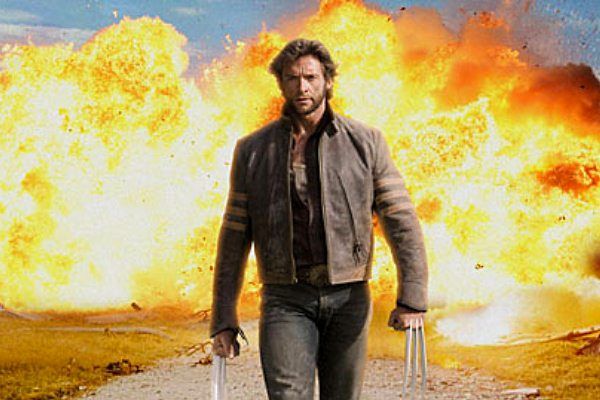 When MBA applicants approach us and share their personal details, we generally give them the benefit of doubt and don’t question the authenticity of the data. It’s only occasionally that we ask for additional evidence of their claims. As an example, someone claiming to have scored a 790 on the GMAT would fit well in that category.

When we asked Surya Ghosh (name changed) to share his GMAT report, he was more than happy to do so. The report listed the score that he had nonchalantly mentioned in his introductory email and we know it was fine to carry on the discussion.

We got into a call to discuss his MBA plans. For someone who had just annihilated the test that gives nightmares to MBA applicants, Surya was surprisingly polite and level-headed (double thumbs up from us for these traits). The GMAT topper offered to share his GMAT study plan with our readers.

I have completed my computer engineering degree and MBA from India and have close to 5 years of experience in software development (pre-MBA) and consulting (post-MBA).

I had taken coaching for CAT during the final year of my engineering studies. Even though I did not end up scoring too well on CAT (around 89th percentile) that year due to lack of self preparation, it set up a good foundation for me to take it up again later. That is exactly what I did – after getting a couple of years of IT experience under my belt, I decided to have a go at it again.

This time I did not take up coaching but instead used the notes and preparation material from my earlier experience to study on my own. I also signed up for the mock CAT test series which helped me immensely in terms of identifying my weak areas and developing a test taking strategy. The result was that this time I was able to crack the exam with a 99+ percentile.

Given this background, I was confident that cracking the GMAT would not be a major challenge. It is a well known fact that CAT is a much more difficult exam than GMAT, both in terms of content and time constraints. Hence, taking up coaching for GMAT never crossed my mind.

The first thing I did was to take one of the official GMAT mock tests to get a sense of what I was dealing with. I got a score of 760 which further boosted my confidence. I decided to give myself two months to go through the official guide and develop a concrete strategy to ensure that this score was not a one off event.

I spent roughly one week on each topic in the official guide and get a fair idea of the type of questions asked, though I have to admit that I ended up doing most of the studying on weekends due to my hectic work schedule on weekdays. Also, I had identified that data sufficiency was one of my weak areas and so I spent relatively more time on that area.

After covering each topic in the guide (other than IR and AWA), I decided that it was time to take the second mock test. I scored a 770 on that one, which gave me the confidence that I can consistently score high.

However, I did notice that I was finding it hard to maintain my focus throughout the duration of the exam. I figured that I had no major issues with the content at this point and just needed to practice sitting through the 3.5 hours without letting my mind go astray.

So I decided to take another official mock test (this one was not free) to train my mind a day before the exam. I am aware that it is generally advised not to strain yourself too much so close to the exam, but I felt that it was important for me to get absolutely comfortable with the format of the exam. I scored a 770 on this one as well.

I took a mock test around the same time of the day as the actual test to keep my focus laser sharp. After the test, I relaxed for the rest of the day and made sure that I got a good night’s sleep before the big day.

When I saw that I had scored a 790, I was ecstatic. It felt great knowing that my strategy had fallen into place very well and that my performance had peaked at the perfect time.

Tips to get a high GMAT score

1. You might have noticed that I did not talk much about the integrated reasoning (IR) and Analytical Writing Assessment (AWA) sections till now. Well, here comes the bad news: I scored a below average 5 out of 8 in IR and an average 4 out of 6 in AWA. I had made the classic mistake of completely ignoring these 2 sections during my preparation.

During the mock tests, I did notice that I was struggling to finish the IR section within the stipulated time. And that is exactly what happened during the actual exam as well. As far as AWA is concerned, I just assumed that I have a reasonably good writing ability and should not have much of a problem – over-confidence at its best again.

So here’s my tip: Do NOT ignore IR and AWA sections during your preparation.

For IR, I would advise buying the online package of additional practice questions (the official guide doesn’t offer any practice questions as yet). For AWA, you should look up some standard templates online which help in organizing the essay very well.

2. While I personally do not feel that you need coaching for GMAT, it is completely dependent on how comfortable you are with the GMAT exam content and format.

As I mentioned earlier, my experience with CAT helped me immensely and gave me the confidence to handle GMAT on my own. The best way to judge your comfort level is by taking a mock exam before you even start preparing.

3. I only used official GMAT content for my preparation – the GMAT official guide and mock tests. In case you go for the self study route, I think these are more than sufficient to prepare yourself.

4. This one is related to how to handle yourself on the day of the exam: As you might be aware, the exam starts with AWA and IR sections. When I was finished with these two, I was fully aware that I had pretty much screwed them up.

So basically I had a terrible start to the exam, and I could have easily got demoralized at this point.

However, during the 10 minute break before the quantitative section, I told myself that what’s done is done, and the major portion of the exam is still ahead of me. I decided to put the previous sections behind me and go in with a renewed focus for the remaining sections.

What I’m trying to say is that it is very important to not let your emotions get the better of you on the day of the exam.

Read these related articles:
– GMAT 780 scorer reveals study plan to crack the exam without coaching
– How Daljeet scored a 780
– How to get a perfect 800 GMAT score
– GMAT 800 scorer shares his preparation technique
– 2-month strategy for 780 AWA 6/6 IR 8/8 GMAT scorer