GMAT preparation tips are easy to come by on various sites. Using these ideas, there are many Indian MBA applicants who do well on the GMAT. A few others crack it. And then there are those who completely destroy it.

Daljeet Singh is one those warriors. After scoring a 780, he could’ve easily joined one of the elite GMAT preparation companies like Manhattan GMAT and made a killing. Instead, he chose to be part of an online marketing consultancy. He shares with us his story.

GMAT preparation tips from a 780 scorer

MBA for me has always been a moving target. When I was in my last year of under graduation, I started preparing for CAT (2006). Spent a few months preparing for the same, gave mock CATs & read through Pagalguy discussion forums about others preparation tips etc. Basically did all I could. When the results came out I had 89 percentile. I was shattered. I had a few calls from decent institutes but not from the ones I was looking forward to joining.

Those were very depressing days. I had no idea what life would be, most of my friends either had calls from IIMs and the likes or were placed through their engineering colleges. I did not know what next to do in life, it was nightmarish then. Looking back, it was the best thing to have happened to me.

After the results, I started looking for a job and pretty soon, I was working for a large PR firm, that exposed me to various industries, their underlying business etc. I also kept upgrading my skills and did various evening / week-end courses in subjects as varied as finance, econometrics, stock markets etc.

A year later, I got a call from an old acquaintance who was working in one of the hottest start-ups in Indian online space, informing about an opening there. I immediately said yes. I later realized that it required moving to a totally different city, a pay that was less than what I was already earning and no job security. But then I had said ‘yes’ you see.

Unfortunately, I had to move back to Delhi (my hometown) due to some personal complications and hence, left my job. Back in Delhi, I started receiving consulting offers from start-up and other small companies in my industry.

I did that for a while and then thought this could be done in a more structured manner and hence started my own company that helps educational institutes with online marketing. Also, immediately after I moved back, I gave my GMAT and got 720.

A lot of people said this was a decent score and I should not take a risk giving GMAT again, but I knew I could do better with a little effort, so a month later I gave GMAT and got 780.

Below are a few things that helped me during my preparation:

– I had taken a Mastergmat.com course that helped me put structure into my preparation and cleared most of my fundas in Quant (my low point).

– For verbal, I just did Manhattan GMAT’s Sentence Correction bible along with questions from official guide. I did MGMAT’s SC bible atleast 4 times over.

– I also bought Kaplan’s 800 (its newer version actually) but did not spend much on it. I did practice a few 700+ level question, But found them to be pretty average. Might be good though for someone who’s looking at more practice questions.

– The most useful resource I found for practice questions were in fact the Official Guides by GMAT.

– Manhattan GMAT also gives a set of practice questions for around $35 that my friend subscribed to, I found them to be well worth the money, unfortunately I looked at them after taking my second GMAT.

– I was very weak in Higher Math topics like Probability, high level algebra etc. So, I put in a lot of effort prior to my first GMAT to understand the fundas for those topics thoroughly. During my second GMAT, I did some amount of medium difficulty level questions and completely left the most difficult level questions as I knew there would be not more than 1-2 questions from that set. And I could spend the same time making the topics I was already strong at even stronger.

– Finally I think the only difference between a good GMAT score and a great GMAT score is your understanding of the underlying subject.

That’s what worked for me. I applied to Columbia, Duke & Wharton (my dream school) but was rejected by all of them (Columbia at least gave me an interview call). This year I have an ISB admit and am still contemplating whether to join or to focus on my own company as that has also picked up some steam in the last one year. 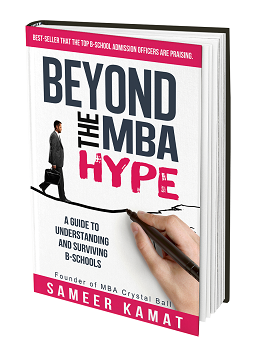 As Daljeet thinks about the next steps, we wish him all the best for his MBA plans.

So what worked for Daljeet seems to be the fact that he didn’t rely upon a single source of GMAT test prep material. He created a ‘personalised system’ that worked for him.

Not too different from these GMAT toppers who share many more tips on how to improve your GMAT score.

If you are looking for options to give your GMAT study plans some structure and discipline, check out our GMAT preparation courses page.

Set the ball rolling with a basic general course, then add the missing pieces as you discover them. And when you do get that fantastic GMAT score (or you already have one), let us know. We’ll publish your story too.

Here’s another story where another GMAT 780 scorer reveals his GMAT study plan to crack the exam without coaching.

And another one about an Indian who cracked 790 on the GMAT test using self-study.

If you’re just starting out, read how to score over 700 on the GMAT.

While you work on the GMAT, also ensure that you research what’s in store when it comes to MBA applications and the actual MBA course. Pick up a copy of Beyond The MBA Hype if you are serious about international MBA programs.

[Caution: It might shake you up a little…but hey, if you can’t survive a book, how will you take on the real world?]

29 thoughts on “GMAT Preparation Tips: How Daljeet scored a 780”