Knowledge comes with a price tag, or so it may seem. After all, it takes a lot of money to run an institution, recruit talented faculty, provide educational resources, and then have some set aside for providing scholarships to the exceptional students. There are many such reasons why degrees have become so costly. In the US alone, knowledge is one of the costliest commodities.

No wonder parents start saving up for their kid’s college even before they plan to have a family! But there are, surprisingly, avenues that you can explore if you want to keep your education meaningful, yet pocket friendly. Read Cost of doing an MS in the US and Cheapest countries to study abroad.

In this article, we have attempted to collate the list of countries, from the European continent, that have policies, and the subscribing universities, that make the pursuit of a degree possible without the doom of an inconceivable student debt. These include undergraduate as well as graduate courses (Read How to study abroad for free). The list below is not comprehensive, but provides a rather useful glimpse at the trends in the European university system.

List of tuition free universities in Europe for international students 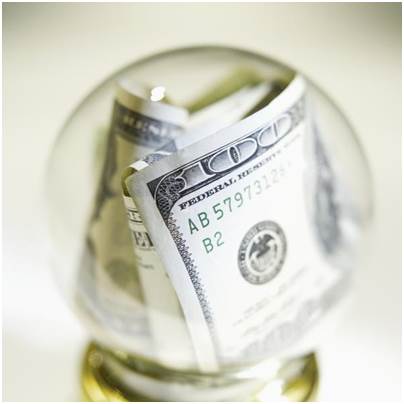 Germany has been one of the few countries leading the world in treating education as an investment rather than a consumer product. All public universities have been tuition free for not only German, or EU students, but also for other international candidates. Though a Masters degree may come at a small cost, much smaller as compared to US universities, PhD degrees are largely free for at least the first six semesters. Unfortunately though, this happy situation has been reigned back with reforms in the Ministry of Education – Baden Wuttemberg Act on State University Fees 2017 – to compensate for the country’s debts. Undergraduate degrees, in some public universities, are no longer free for non-EU internationals who don’t qualify the following criteria:

The fees for qualifying students, exempt from tuition, is less than $250 per semester for administrative costs. For the rest, it is about $1,800 per semester in addition to the administrative fees. While most of the public universities are free, we have compiled a list of ten to give a glimpse of the range of financing, you may need, to get a degree under their excellent tutelage for undergraduate and Masters degrees.

The reforms seems to have touched various public universities to varying extents. Some still offer free education with a semester fee cheaper than an iPhone four generations ago. For further information, read MS in Germany – Costs, Top Universities and Eligibility.

Though not a very well known international student study destination, finishing in a Finnish school keeps your pocket from running dry. Their schools are well regarded with University of Helsinki featuring amongst the top schools in the world. As far as how costly it is to obtain a degree in Finland, well, it depends. You can study for free as long as you are an EU candidate. That one being straight forward, you can also qualify for a tuition exemption if you fulfill one of the following golden criteria.

As long as you satisfy these conditions, you can be spared a tuition of $5,000 to $24,000 (minimum of $1,800) depending on the category of your degree, professional degrees being more expensive. But if you can wise up early enough and buy your copy of Rosetta Stone for Finnish, or Swedish, you can save a chunk. Here are some of the public universities that have to abide by the University Act requiring the changes to tuition as per the above rules.

State Universities, in Norway, are largely free barring the payment of a small semester fee of the order of $100. Certain specialized Masters degree may have a slightly higher price tag though. This is true for all students, whether Norwegian, EU, or from any other part of the world. Your health insurance also automatically falls under the care of the National Insurance Scheme, as long as you are enrolled in a program of a duration greater than a year. All you have to keep in mind is the cost of living in Norway. It can be a steep $1,300 monthly expense for a single person, in Oslo. So while tuition will never be a concern, your daily meals might. Here are a list of some of the Norwegian state schools with low/absent tuition-fees.

Sweden is not as forgiving, about tuition, as some of the other Nordic countries like Finland or Norway. Cost of a degree depends on where you are from. You may be exempt from paying a single dime if you happen to be

For the rest, it can vary from around $20,000 per year, for a Masters course like Bioinformatics, to $17,000 per year, for a Bachelors in Physics. Here are a list of some of the public universities where EU citizens can enjoy free education, in Sweden.

Yet another Nordic nation, its tuition fee policies are similar to that of Sweden. EU/EEA citizens, permanent residents, exchange students, temporary residents who can be upgraded to permanent residentship, children of non EU/EEA parent holding a resident permit, and citizens of Switzerland, are exempt from ponying up on study fees. For the rest it can range between $7,000 to $20,000. A glimpse of some of the universities, and their payment, are listed below.

A highly multilingual nation, the teaching medium mainly follows French with some courses offered in English as well. While it may not be completely free, the tuition is comparatively low and manageable. We have listed some of the low cost education centers in Belgium.

In the case of Universities, in Austria, students from the country and other EU/EEA nations are exempt from paying any fees for the normal plus two semester tolerance of the course duration. Beyond the extra two semesters, they are liable to pay $480 per semester, for Bachelors, Masters and even Doctorate studies. Other categories that fall under the exemption include,

For students from third countries, a fee of $870 per semester applies. Tuition for Applied Sciences universities doesn’t come cheap and the individual amount is the discretion of the particular university. The same is true for private universities. Here are some of the public universities in Austria.

…and some more low cost and tuition free universities in Europe

Below are a list of a few more countries with excellent faculties at a reasonable fare. In the interest of not overwhelming the reader, we will stick to a few well known countries. You are strongly advised to follow the lead and check out what the rest of the European continent has in store.

Holland too has a reasonable take on education with tuition costs approximately at $2,500 for EU students, with non-EU students expected to pay between $7,000 and $18,000 (for the more expensive professional courses) for a Bachelors degree program. Some of the public schools, in the country, are University of Amsterdam, Utrecht University, University of Twente, Leiden University and so on.

Public universities, in France, predominantly use French as the teaching medium. While private university tuition-fees can be up to $8,000 a year, with professional degrees soaking up even more dough, public university tuition fees can be greatly reduced if you are willing to be taught in French. Undergraduate tuition can be within $200, with Masters around $300, and PhD in less than $400. Engineering and Medicine can be higher in the range of $1,000 a year. University of Paris, Ecole Polytechnic, Pierre and Marie Curie University, Aix Marseille University, University of Paris Sud are some of the public schools in France.

The information above is subject to change and obviously begs your close attention, and thorough research, at the country, school and program of your choice. For completeness, we have provided the following links to finance your university degree abroad.