When students look for the most affordable or cheapest countries to pursue their higher studies, they obviously also expect a certain quality from the universities there. The tuition fee and the cost of living in a university town or city may be low, but there’s real benefit only if the institutions maintain international standards.

With reputed universities in the US and the UK becoming more and more expensive, international students are looking at cheaper study-abroad destinations. The tuition and the cost of living are the top considerations, and many countries offer good education for much lower prices than the US and the UK.

For example, the average total annual expenses of a student in the US is over $56,000, while UK university students have to shell out an average of about $25,000 a year. However, if they can manage to cross over to Germany, the cost drops to $8,400 a year. Moreover, Germany has nine universities in the top 100 of THE (Times Higher Education) World University Rankings (2017-18), so students don’t compromise on the quality of education. Language is a problem, but most universities around the world offer courses taught in English.

Here we give comparative tuition fees and cost of living of student cities analyzed by various websites. A caveat: the figures for some countries vary widely from study to study, probably because different courses and cities are taken into account each time and because the studies are done at different times. 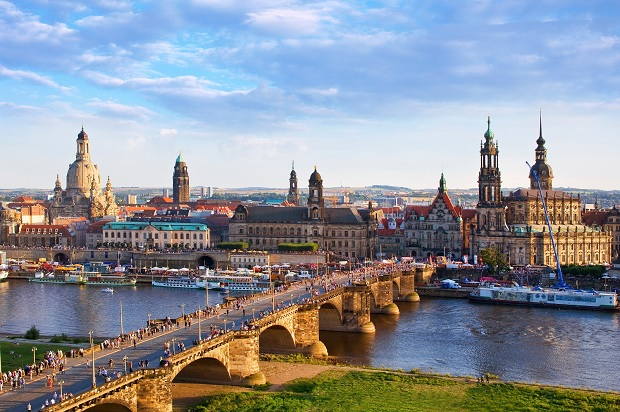 Of the 10 cheapest countries to study at a “top university,” eight are in Europe, the study has found. This is mainly owing to the low tuition fee charged, though the cost of living, which obviously varies widely among cities and level of amenities, may not appear to be low at all for a student from a developing country, such as India. Sweden, Finland, and Germany are among the countries with the lowest tuition.

In the September 2016 article, THE lists the ten “cheapest” countries to study. The top five cheapest countries with the average tuition, cost of living, and total cost of studying (all annual figures) are as follows

The next five are:

Of these, Denmark charges no tuition fee.

Most expensive countries in the world to study

While we are on the topic, why not look at the other extreme i.e. the most expensive countries.

THE also lists the best “value universities” in the world. The best deal, according to it, comes from two universities in Italy—Scuola Normale Superiore di Pisa and Scuola Superiore Sant’Anna—both of which charge no tuition or administrative fees and has endowments that cover students’ cost of living. The KTH Royal Institute of Technology in Sweden (total cost $5,683), TU Dresden in Germany ($6,775), and the University of Witwatersand in South Africa ($7,345) complete the top five of the list.

QS Top Universities lists Norway at the top of the list of ten most affordable places to study abroad, as far as the cost incurred on the course per se is concerned, as there is no tuition for students from within or outside the European Union. In a website article dated November 2016, QS gives the cost of living for a student in Norway as about $14,530 a year (much higher than the FairFX figure). There are no worries on the language front as English-medium courses are available at all study levels.

Next on the list is Taiwan. The National Taiwan University is ranked 68th in the QS World University Rankings 2016-17, and tuition for undergraduates is $3,180-$3,900. The cost of living is “relatively low,” and accommodation costs may come to $2,330 per year. About 120 programs in English are available.

QS points out that in Germany, undergraduates and PhDs can study without paying tuition, but master’s students with undergraduate degrees from another country should expect to pay tuition of over $10,800 per semester. However, scholarships are on offer. The cost of living would be a minimum of $9,500-$10,480. A number of courses are taught in English in Germany.

France has an egalitarian tuition fee system for domestic and international students. In 2015-16, the fee for bachelor’s programs was $200, for master’s $280, and for PhD $425. However, the elite professional schools outside the French university system charge much higher fees, QS notes. The cost of living is considerably higher in Paris, which has been voted as the best student city a number of times. The most English-taught programs are found at the postgraduate level.

Students can also consider Mexico, and its capital, Mexico City, which is among the world’s top 75 student-friendly cities. Private universities in Mexico City charge tuition fees of $5,500 per year. Living expenses may come to $6,000 per year. Besides courses in the main language, Spanish, universities also have English-medium programs.

India, although placed seventh in the QS list, is described as a “fantastic option” for students, obviously also taking into account the cultural diversity. The highest tuition is no more than $7,300 a year, and a student can lead a comfortable life with an annual budget of only about $5,000, QS finds.

Argentina, among the safest countries in its region, charges no tuition at its public universities, though fees at private universities can be over $5,000 annually. Living expenses can be managed with $5,000 a year, including a monthly rent of about $350.

Poland, Malaysia, and South Africa make up the rest of the QS list. In Poland, students who take courses in Polish can study for free while the rest pay $2,185-$3,280 a year for programs taught in English. Living costs can be about $8,530 per year. Warsaw, the capital, emerged the second most affordable city in the QS Best Student Cities 2016.

Kuala Lumpur was the most affordable place in the QS Best Student Cities 2016, with most students managing to live comfortably on $2,860-$4,290 per year. Tuition is about $4,050 per academic year. International universities, including Monash University (Australia) and the University of Nottingham (UK), have campuses in Malaysia where students can earn degrees at a lower cost.

South Africa’s University of Cape Town, the highest ranking university from this country in the QS list, charges $3,390 for bachelor’s courses in science and $2,730 for master’s in humanities. An annual budget of $7,090 covers most living expenses.

In Italy, according to the portal, the average tuition fees in Italy come to $908-$1,068 per year, and the living expenses a maximum of about $801 per month in student cities such as Pisa, Padua, and Turin. Overall living costs in big cities, including accommodation, food, public transportation, and/or entertainment, vary between $1,068 and $1,602 per month.

Spain charges international students about $1,068 a year in tuition fees on average. The overall living expenses (food, social activities, and transportation) may total up to $855-$1,015 a month. This doesn’t cover accommodation except in a few cities.

Germany may have higher living expenses ($855 a month, including accommodation, food, social activities, public transport, according to MastersPortal) than some other European cities, but the free education makes up for this quite a bit.

Lithuania, a country not often mentioned in “cheapest” lists, welcomes 3,000 international students each year to courses including those taught in English. The average tuition is $1,600-$3,200 a year, and the average living expenses are about $534 a month, among the lowest in Europe, which cover accommodation, groceries, social activities, and public transport. Fifteen higher educational institutions offer a number of English-taught programs.

The other countries in the list are Hungary and Portugal. In Hungary, the tuition is $1,066-$3,199 per year depending on the course level. The living costs of about $533 a month cover housing, food, travel, and entertainment. In Portugal, the tuition is $1,066-$1,600 a year, and master’s courses are often cheaper than bachelor’s. Expenses on housing, accommodation, and food can be managed with about $533 a month.

In a comparison of 48 countries most popular among American students, ValuePenguin finds Mexico, India, and Guatemala the cheapest. The other countries that make up the top ten cheapest destinations for US students are Peru, Vietnam, Dominican Republic, Morocco, Kenya, Brazil, and Thailand.

Europe has no representation in the top ten, and Hungary is the cheapest in the continent. Russia scores rank 15 and China 24.

The parameters used are rent plus utilities, flight, groceries, eating out, clothes, recreation, monthly transport, mobile, and student visa. India appears in the top five cheapest destination for Americans in all parameters except flight and student visa.

10 thoughts on “Cheapest countries to study abroad for international students”