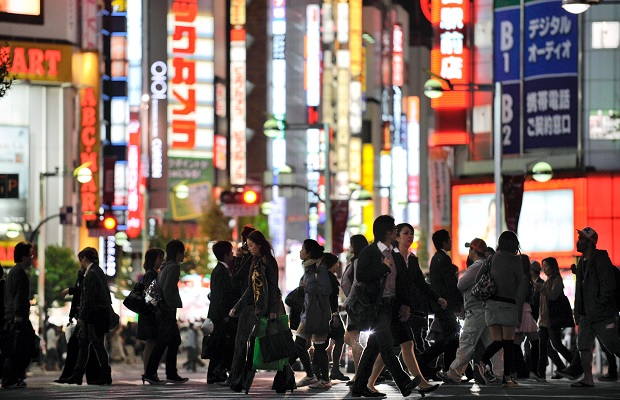 In the 1980s and ’90s, rich Japanese corporations that were still sending their employees to the US for MBA courses faced ridicule from some quarters. “But those courses are only high-class English classes!” cried the critics. Despite this criticism, companies continued to dispatch their middle-level managers to American universities, but “sterilized” the new MBAs on their return: companies suspected that their US-returned employees may have become too westernized and arrogant from the new knowledge they had gained. The Japanese firms placed the new graduates in departments where they could do no harm—where it was impossible for them to implement what they had learned.

Such was the reputation and value of MBA degrees and graduates in Japan not too long ago. Many Japanese managers at corporations, particularly engineering and manufacturing firms, believed that knowledge gained abroad at b-schools was near useless. They insisted that young professionals learn the art of management as part of their work in local firms, imbibing local corporate culture and expertise. These managers stressed the importance of business knowledge and skills gained through close, personal relationships and long years of serving one company, rather than education of the kind imparted by US b-schools based on Wall Street-type of situations.

This was the approach to business management in Japan, where excellent craftsmanship was a basic tenet of the corporate culture. Companies and their engineers thought their job was only to overcome technological hurdles to produce the best goods that delighted the customer, and profits would follow. The pursuit of profit as a mission in itself, and as taught in business schools, was alien to at least some of them. 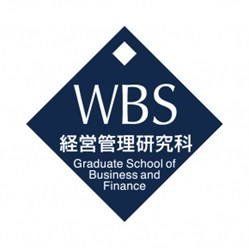 “As a background, the working custom is thought to be different between Japan and the US or Europe. Most workers in Japan belong to their company permanently (i.e. permanent employment). As a result, the number of workers who would like to earn an MBA degree and get higher jobs or positions was not so large compared to the US or Europe because of less social mobility.”

“However, globalization has brought better social mobility to Japan and the number of workers who would like to earn an MBA degree and get higher jobs or positions is increasing. In other words, the business school market in Japan is gradually becoming larger.”

“Most IMBA students no matter which their nationalities are, would like to find a job in Japan after they graduate from WBS. They prefer a position in the business category of manufacturing and consulting. The international students who are good at Japanese usually find a position and decide to remain in Japan. Even though they do not speak Japanese very well, they end up getting placed at foreign companies in Japan or overseas branches of Japanese companies.”

Turnaround for the MBA degree in Japan

However, following financial crises, the disdain for business schools and MBA degrees started fading away. Businesses introspected whether the time-tested “Japanese method” needed a few tweaks. They began to soften their stand against “foreign” business-management ideas.

When the economy weakened, rich Japanese companies stopped sending their mid-career professionals abroad to b-schools. However, the weak economy also made employees uncertain about their future, and they joined degree and certificate courses that made them better qualified for other jobs.

The Japanese culture of “lifetime employment”—professionals joining a company, receiving specific on-the-job training, and continuing in the same company till the end of their career had collapsed. Employees, particularly young employees, began looking for newer opportunities. They wanted to learn new skills that would suit not just one company but a range of companies across an industrial sector, or, even better, a range of sectors.

Meanwhile, b-schools took an initiative to adopt the local corporate culture and methods of doing business in their curricula to make their MBA courses more relevant in the Japanese scheme of things. New b-schools came up after the Japanese government began to grant accreditation to institutions that trained business and management professionals. An interest in an approach to management education that integrated both Japanese and American principles began to develop.

Japanese companies realized that it was counterproductive not to make the full use of the mid-career professionals that they sent abroad for business education. They started to repose more faith in MBAs and place them in positions where they could use their skills effectively. However, they also took care to teach the MBA employees not to flaunt their business knowledge or brandish their MBAs lest they annoy their non-MBA colleagues.

On the other hand, the success of entrepreneurs who went to b-schools abroad also helped improve the image of MBA degree holders in general. A trend of company-sponsored MBAs leaving their companies after graduation had caused bitterness among their Japanese companies and created ill-will against both the MBA degree and degree holders. But when some of them, including Hiroshi Mikitani of Rakuten, an e-commerce and Internet company based in Tokyo, and Tomoko Namba of DeNA, an online auction company, both Harvard MBAs, struck gold, they created a bright new image for business degree holders. So also did company-sponsored MBAs who returned to their companies, stayed, and became successful.

Perhaps, even today, not all top Japanese companies and managers appreciate the value of business knowledge gained from b-schools. But they are certainly aware that the experience of doing a business degree is worth a great deal in the current global scenario. As Japanese businesses are more involved in mergers and acquisitions than ever before, they need teams with global experience and perspective to do business with non-Japanese associates. They have realized that this may be best done by MBAs.

The result is what we may call a turnaround for MBAs, who now feel wanted, appreciated. A GMAC (Graduate Management Admission Council) Alumni Perspectives Survey in 2014, which included responses from 129 b-school alumni in Japan, found that 97 percent of them felt that their degrees had good-to-outstanding value, and 90 percent of them felt their degrees were important to their securing a job.

The Dean of the Hitotsubashi Graduate School of International Corporate Strategy, Kazuo Ichijo, has been quoted as saying that there is a huge demand for business leaders who drive innovation— frugal innovation, disruptive innovation, and reverse innovation — and a business school is the best place to pick up the required competencies.

There are other reasons why young professionals in Japan are now increasingly keen on b-school degrees. They feel an MBA would give them the basic knowledge that would allow them to work with experienced professionals from different sectors. They also are confident that their b-school experience would enable them to develop a good network of business professionals.

Government’s role in making the Japanese MBA worth it

The Japanese government is also playing a part in making the MBA more relevant and more respected. Besides, launching a program for granting accreditation to b-schools with quality faculty, curriculum, and infrastructure, it is trying to promote schools that introduce applied business skills and don’t just stick to academics and theory. Hitotsubashi and Aoyama Gakuin were among the first universities to be approved by the government as specialized b-schools at the graduate level.

However, the fact is that not one business school in Japan appears in FT’s 2017 global b-school ranking, although Japan is the world’s second largest developed economy that is also the third largest in the world by nominal GDP and the fourth largest by purchasing power parity. So, obviously, b-schools in the Land of the Rising Sun appear to have a lot of scope to improve and shine among the best in the world.