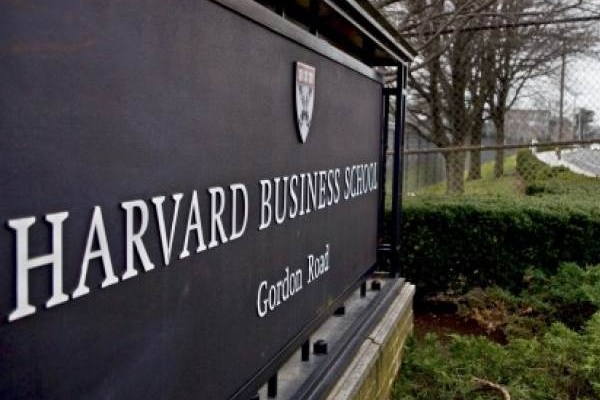 What can one expect as a Harvard Business School MBA student? There’s obviously no one better than the students themselves to provide answers to this question. We found interesting accounts by students in blogs and other online forums about life at HBS during the first and second years of the MBA program.

We also came across a professor’s views of benefits that a student or graduate can derive from a Harvard MBA. There are, of course, some good books on the school that “educate[s] leaders who make a difference in the world.”

Marta Szczerba, writing as an HBS student in the school’s blog, ”MBA Voices,” says that the first year at HBS, or what is known among students as the “RC (Required Curriculum) year,” is academically and socially intense.

Classes are typically 80 minutes long and start at 8 am and go on till 3 pm. Every day, students are expected to prepare for discussions on two or three case studies, each of which is 10-60 pages long. That’s a lot of work, but students better put their noses to the grindstone: 50 of grade marks come from the student’s level of participation in the discussions. Marta, who was in the consulting services before joining HBS and thought that the first year would be a cakewalk, found the program even more taxing than her professional work had been.

Students can opt for club leadership or do freelance projects for companies that may help them secure internships later. Freelance projects often give students exposure to sectors that they hadn’t considered previously, and a student may find an internship position in a prestigious company just because of the credibility of the HBS brand. The FIELD (Field Immersion Experiences in Leadership Development) programs may take students to various countries.

Socially, too, you are happily kept on your toes, as can be expected, since you will have more than 900 fellow students in the first-year class. But the events are exciting with get-togethers, outdoor activities, recruitment events, and talks by famous speakers.

Self-awareness exercises help students identify areas for personal improvement, Marta writes. She says that the leadership classes, where students narrate their stories, changed the way she looked at and related to people. The classes made her build empathy and emotional intelligence, she says.

Business Insider quotes HBS student Ellen Chisa’s article in the Medium about the lessons she learned from each of the core classes that she completed in her first year: Finance 1; Finance 2; Leadership and Organizational Behavior; Technology and Operations Management; Financial Reporting and Control; Marketing; the Entrepreneurial Manager; Strategy; Business, Government, and International Economy.

Ellen gives details, but we will just take a couple of examples here. In Finance 1, she familiarized herself with the concept that “stock prices are just the sum of all money investors think the company will ever make.” The Strategy core class taught Ellen that “financial statements reveal strategies,” because they show where a company derives its competitive advantages, as is clear in the case of Walmart, Ellen writes.

In a blog post about his first year at HBS, Raghav Iyengar writes about coming to terms with the social scene at Harvard as a vegetarian and a teetotaler. He says he found the environment inclusive, with people from different cultural backgrounds learning from one another, though they often had to use the trial-and-error method.

Raghav writes that in the first year, finding a summer internship is among a student’s priorities. He warns that many companies only hire interns who already have full-time work permits, but adds that there are adequate job opportunities in the US and other countries for international students upon graduation.

The summer internship recruitment season starts in January third week, and companies in the traditional sectors such as banking and consulting finalize candidates by early February. Others do so in March. The season can be quite tense for students, Raghav says, and adds that the trick is to form and seek the support of a peer group and draw suggestions from second-year students.

Raghav mentions a third factor that needs quite a bit of handling: the Boston weather. It is known to throw surprises at students, particularly those from tropical countries. Obviously, if you take the Boston winter lightly, you will be doing so at your own risk.

The first year may be rigorously scheduled, with an Outlook calendar telling the student what to do every hour of the day. But the “EC (Elective Curriculum) year,” the second year, on the other hand, confronts the student with the problem of too many choices: what courses to go for, what activities or clubs to join, what to do during social hours, what career path to choose, etc., writes Anna King, who blogged as an HBS student.

Among these challenges, selecting courses is particularly difficult, given the large number of interesting ones. Students are likely to lose sleep deciding whether they should go for courses that match their interests or for those that are likely to merge with their chosen career paths.

Students can also create mini-courses or a curriculum under the supervision of a faculty advisor. Mini-courses are independent projects—for example, a team of students may simulate a stock portfolio and track the performance of stocks in the market, or a student can collaborate with a classmate to assess how businesswomen help other women entrepreneurs.

The EC year offers many types of experiences to students. It includes dedicated job-search days to look at new companies and explore new career paths. Meetings with classmates who will be living in the same city after graduation serve as an early bonding exercise. The long break between the first and second semesters can be used for travel with fellow students or for just relaxing, for “externships” (which provide students a first-hand insight into a career or industry of interest; see Resources 13, Forbes link), or for pursuing full-time opportunities, Anna writes.

Arrogant and pretentious? No!

In a blog post, Kike Aluko, a black student, shatters some misperceptions about HBS students being arrogant and pretentious. She says that she applied to HBS thinking there’s no chance that she would get accepted. But she was. Then, after she was admitted, she thought she wouldn’t find acceptance as a black student. Again, to her surprise, she found her classmates open and encouraging.

Kike gives an example. She writes that the “finance bros” who were rumored to take over discussions on the topic and thereby make others feel small were, on the other hand, supportive of other students, helping them understand the study material through tutoring sessions that they organized. Kike appeals to people who think of applying to HBS but fear rejection to go ahead and make their dream come true.

But, according to a few HBS MBA students, the b-school is not the great place it is trumped up to be. Poets and Quants quotes from an informal survey conducted by The Harbus, the independent, non-profit news organization of the HBS, that found that only 51 percent of HBS students (105 anonymous student respondents participated in the survey) were “extremely likely” to recommend the b-school to a friend or colleague.

Among those who didn’t give top marks to HBS complained about the rigor of the MBA core curriculum, program structure, classroom experience, and their classmates. Some students felt HBS pushed them too hard and into anxiety and depression. There was not enough time to explore career opportunities or to get to know classmates, a student said.

Students said HBS encouraged students to take up careers in finance and consulting, neglecting those who wanted to join other sectors. The highly structured nature of the RC curriculum and the FIELD program also got a poor rating.

One respondent wanted the “drinking party” culture seen at social events to end, and said the HBS experience would have been more enjoyable if there were more coffee chats instead. Another said HBS was like high school. “A lot of people are fake and arrogant. I feel HBS has turned me into a person that I don’t recognize and don’t like,” this student said.

However, many student respondents praised their classmates and the classroom learning experience for their high caliber. Students also described their fellow students as “thoughtful, warm, and humble.” “Unparalleled” professional opportunities, “unbelievable” access to top business leaders while at school, and the “large and powerful” alumni network were other advantages cited by survey respondents.

Some students had a good word for the school management. One said: “I feel I’m getting a management education every day just by observing how the school runs itself.”

What about the experts? What do they think students can hope for at HBS? Business Insider quotes Berkeley professor Steven Tadelis’s note in Quora that there are three main advantages of doing an MBA at Harvard.

The first is the “stamp of approval” that admission to HBS provides, given that a candidate who is admitted is one of only about 10 percent of applicants and already forms part of a select pool.

The second advantage is the education that HBS imparts. The heavy case-based model at HBS may have its critics, but it gives the students an ability to lead people and make decisions, the professor says.

The third advantage is the wide network of alumni network that HBS graduates have access to. The network consists of professionals in top positions, some with exceptional talent, some with the right ties and connections, and some with both. The career opportunities that this network opens up for graduates exceed any considerations of the cost of HBS MBA or the two years that professionals invest in it, taking a break from their careers.

FT lists the book on its “Best Business Books” page, and says, “What makes this book a particularly absorbing and entertaining read is the combination of journalistic detachment and the sense of personal alienation that [the author] feels as he struggles to come to terms with what it means to be a Harvard MBA.”

Among other books on HBS is “The Golden Passport: Harvard Business School, the Limits of Capitalism, and the Moral Failure of the MBA Elite,” by Duff McDonald, published in April 2017.

6 thoughts on “What to expect as a Harvard MBA student”