What does it take to get into a top Masters in management analytics program in Canada or USA with scholarship?

While answering this at the beginning of the journey, many may give up if they get a 570 GMAT score. And that’s exactly the score Raunaq got in his first attempt.

He was targetting the best masters degrees in management analytics at Rotman in Toronto and McGill in Montreal. Plus he also had Duke University on the list. But he did not give up and instead, took a diligent approach.

He shares his GMAT prep and application journey that helped him get top admits with financial aid from multiple programs in his target list.

Masters in management analytics in Canada & USA with scholarship 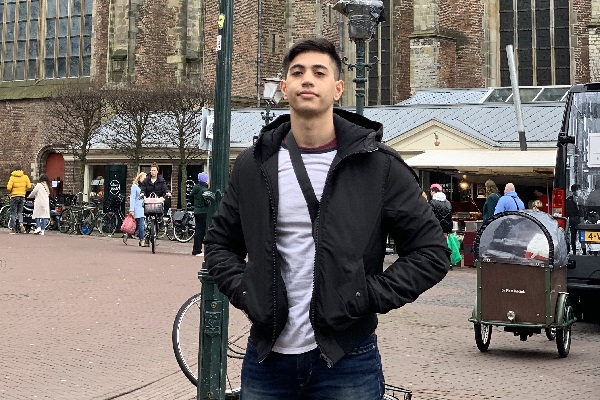 As all Indian students start their journey towards engineering, mine too started by getting a 10 CGPA in grade 10. I was the class topper with all-round participation: Head Boy, Soccer Team Captain, State Level E-sports.

With proper guidance and handwork, I was able to score 96% in grade 12 and got a good rank in JEE Mains examination.

This allowed me to get into one of the Top 10 engineering colleges in India. This is where my perspective towards engineering changed.

During the first summer break, I decided to attend LSE Summer School in London which exposed me to strategy and finance.

The experience made me want to explore those avenues even more and I ended up doing two internships in the coming couple of years, one in core finance and one in supply chain management, both of which helped develop an interest in Data Science.

By the end of 4th semester, I had realised that I would want to explore strategy and data science even more and try to get into analytical consulting.

Even-though I knew I could pursue a similar career right after college, I decided it would be best to receive a formal masters degree in the data analytics field and then get into the job market.

This was when I started preparing for GMAT.

I started taking in-person classes at The Princeton Review. I personally felt that the classes lacked developing critical thinking skills.

This was quite evident in my score too; I scored a low 570 in that attempt. I knew I needed guidance that was dynamic and would allow me to tackle all kind of questions.

I decided to go ahead with Veritas Prep. The classes were online and conducted by teachers in the US and hence US time (5 am IST).

Apart from time zone issues, they were expensive too ($1400 for 6 weeks). I still decided to go ahead with it and it was a perfect match for me.

The classes and the content were excellent and I was finally able to score a 710 after those 6 weeks.

I now had a good GMAT score in hand and college placements were about to start. I decided to apply for only non-technical roles that involved data science.

After a 3-week long process, I was the only candidate selected by a data science consulting firm as an Associate Consultant.

I am currently working here in the lending services sector, handling large banks and their portfolios. With a job in hand, I was now free to put all my efforts into my masters aspiration.

As I like to plan things well, I decided to give the TOEFL during my last semester as well. I studied on the Magoosh App for that and was able to score 113/120 after about 2 weeks of prep.

So by the time my college ended, I had a good GMAT, a great TOEFL and a very good job offer.

This is when I decided to look for consultants to help me along the journey.

I had already read up a lot on Quora / LinkedIn / GMAT Club about MBA Crystal Ball (MCB) as well as another MiM focused consulting team.

My research put MCB above the competition in almost all aspects.

I decided to approach them in July 2020 as I wanted to apply in first round of admissions.

After my initial mail to MCB, I was contacted by Manish Gupta to take things forward.

Our initial conversations revolved around him getting to know my profile better. We then discussed the schools I wanted to apply to.

I then decided to drop USC and apply to HEC Montreal. Manish played a critical role in this process as he mentioned how he would prefer Rotman School of Management, University of Toronto over HEC Montreal.

After this, everything was just too systematic. We would go about one school at a time, where in I would prepare a draft of the essays after researching online as well as talking to past and current students over LinkedIn and mail.

We would then refine those essays over multiple iterations and then move to recommendations and Resume.

As we had started early and worked efficiently, we were ready to submit all 4 of our applications well before the first deadline.

By mid October, all my applications were submitted. Now all we had to do was wait for interview invites.

During the week that started on 16 November, all my interview invite decisions were out.

I had been invited to interview at all four of my college choices!

I knew there would be no one better to consult than Manish. I decided to take up the interview package as well and I honestly cannot recommend this enough.

We not only discussed questions but he also gave me advice related to posture and eye contact.

I then interviewed for all 4 of the colleges in the coming 2 weeks.

Duke had the easiest interview with it being a behavioural interview conducted by a current student.

McGill’s interview lasted 15 minutes and I was grilled about my data science projects and publications, current work project and mathematics.

UBC’s interview can be considered as a combination of technical and behavioural interview.

The toughest interview I experienced was for Rotman. I was grilled about my experience of R, SQL, Python and then we jumped into Linear Algebra and Fourier Transform.

Over the next few days, the results were due. I knew I had done pretty well.

The first acceptance I got was from McGill for their Masters in Management Analytics (MMA) program with a $5,000 scholarship.

Then, I received a phone call from Duke for their acceptance as well. They offered me a $12,000 scholarship for their MQM:BA program.

I received a reject from UBC but that pain was short lived as I then received an admit from Rotman for their MMA program with $7,000 scholarship.

I decided to decline Duke because of unstable immigration laws. Out of McGill and Rotman, I have decided to go ahead with Rotman because of its location in downtown Toronto, right in the heart of the financial hub.

I couldn’t be happier with the end result and cannot thank Manish and MCB enough for everything.

Even though I had a good profile and scores, I am sure I wouldn’t have been shortlisted for even the interviews if Manish had not helped me highlight the strengths in my profile.

I firmly believe that the entire application process in an experience in itself and it would be a much better one if you have the proper guidance.

My advice to Master’s aspirants would be to start early, be ready with your scores and applications well before deadlines so that proper time is spent to fine tune them.

9 thoughts on “Masters in management analytics in Canada (Rotman, McGill) and USA (Duke) with scholarship”