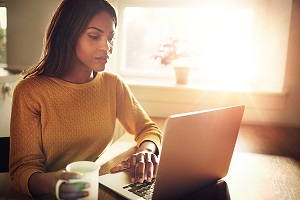 While the MBA has long been a popular masters-level business degree, it’s not the only one out there. Several top universities in the United States, as well as in Europe and across the globe have upped the ante with Masters in Finance (MiF), Masters in Management (MiM), and Masters of Science in Business Analytics (MSBA) degrees.

While the MSBA is the newcomer on the scene, there are plenty of benefits to pursuing this degree:

Of course, the choice to pursue an MSBA rather than an MBA (or any other master-level business degree) is dependent on your career goals, personal interests, affordability and return on investment (ROI), and industry opportunities.

And, when it comes to employment opportunities, especially in the United States, data and business analysts are in high demand. In a 2011 McKinsey report, it was shown that by 2018, the US was likely to be short around “140,000 to 190,000 people with deep analytical skills” – and that’s on top of the 1.5 million managers and analysts the economy would need.

Fast forward to 2018, and it’s become clear that there’s an even deeper need than anticipated. According to Emory University’s Goizueta Business School, some three million big data jobs need to be filled in the US by the end of 2018 to deal with the 40% projected growth in global data annually. Those jobs are spread across industries, including finance, information, manufacturing, retail, media, and more, giving MSBA grads wide opportunities based on interests.

Jobs and careers after MS in Business Analytics

Companies definitely find employing data analysis talent challenging, with roughly half of executives in various industries and regions citing them as the most challenging positions to fill.

It’s not a question of the skills taught to MSBA grads; it’s that there simply aren’t enough people developing these skills and pursuing these degrees to keep up with industry demand.

If we consider just three positions in just the United States, we can see how quickly the field is growing – and how well-paid it is. According to the US Bureau of Labor Statistics (BLS), MSBA grads can expect a continued growth of employment opportunities:

Growth trend for jobs after MS in Business Analytics

It makes sense that Arizona State University’s Carey School of Business reports that 76.9% of MSBA grads had offers within three months of graduation and the University of Minnesota’s Carlson School of Management reports 99% of 2017 grads received offers within six months.

And, that’s not all, these schools report salaries that align with the BLS’s figures. The mean 2016 salary for MSBA grads at the Carey School of Business was $77,601. At the Carlson School of Management, the 2017 mean salary climbed to $84,754. That’s an overall figure; when the employment salaries of 2017 MSBA grads are broken into job functions, a clearer picture of opportunities emerges:

Minimum, maximum and average salaries after MS in Business Analytics

But, for students just considering an MSBA degree, it may be more useful to consider salaries according to industry, rather than function, as illustrated by the employment reports of the University of Texas’ McCombs School of Business and North Carolina State University’s Institute for Advanced Analytics:

Industry-wise minimum and maximum salaries after MS in Business Analytics

Salaries from these American grad schools are reported in dollars, even if MSBA grads accept overseas positions. But, given the demand for talent in the US – and the option of the extended OPT visa for many MSBA programmes, grads often remain in the US – at least for a few years.

Carlson School of Management MSBA grads, for example, primarily remain in the United States, fanning across the country as follows:

And, it’s important to note that 88% of the class were international students.
Also read Top STEM MBA Programs

Is the MSBA right for your career?

The numbers are certainly tantalising, whether you consider the salaries, the employment growth, or even the number of international students offered positions in the US after receiving MSBA degrees. But, you’ll still need to crunch your personal numbers.

Then again, you may be pleasantly surprised – many MSBA programmes and students achieve a return on financial investment to fall somewhere around the two-year mark. Perhaps you’re one of them; the Prodigy Finance ROI (Return on Investment) calculator will provide you with a clear picture of your personal ROI.

If you need a loan to pursue your MSBA (or indeed an MBA, MiF or MiM degree), it takes just 30 minutes to apply online for one with Prodigy Finance. There’s no application fee and no obligation to accept your quote. And, Prodigy Finance supports international students pursuing their masters degrees in business, engineering, law, and public policy at top universities across the globe. Apply for a Prodigy Finance loan now.

Author Bio: Rishabh Goel is Country Manager for India at Prodigy Finance. He studied Economics & Engineering at BITS and did his Masters in Management at London Business School. He has helped Indians excel at GMAT/GRE and mentored students to attend top schools globally.

About Prodigy Finance
Prodigy Finance is the pioneer of community-based student financing. To date, the company has funded students from 115 countries with repayment rates in excess of 99%.

5 thoughts on “Jobs after MS in Business Analytics: Salary statistics and career opportunities”