The education system, in France, sways to a somewhat different tune than the usual jazz we are used to – namely, high-school, university undergrad, post grad, and so on and whatever.

The biggest divergence to the university system, that students of most countries come across, is say an entrance examination into one of the professional schools like engineering, medical, etc. More on the likes of getting into the IITs. France, however, does higher education with a bit of their very own je ne sais quoi!

In France, the higher education system has the usual public universities and something very few non-French people have heard of, the Grandes Écoles. These are a unique set of premier schools that we will discuss, to some extent, in this article.

Our focus will be mainly on:

Hopefully, whatever questions you may have regarding this unique French higher-education path will get answered en route to the end of this article.

What are Grandes Ecoles Institutes in France? 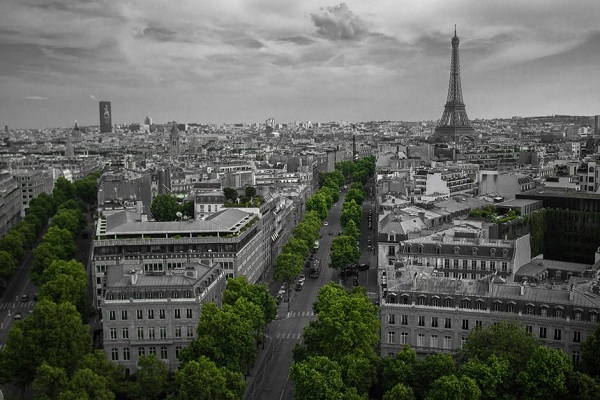 As we hinted before, France has a dual university system of higher education – the Universités and the Grandes Ecoles. Grandes Ecoles are the elite education institutes that employ fierce competition towards admission.

Most of these Grandes Ecoles are about the size of a university department, and admit only a few hundred students each year. There are approximately 250 of them, throughout France, compared to less than 100 public Universités.

But the intake of these premier institutes lies at less than 5% of all students in higher education. There are three broad fields of study followed in these elite institutes – Economics and Commerce, Literature, and Science.

The Grandes Ecoles began post the French Revolution as centers of specialized education, based on merit, designed after the military academies of its times.

Here’s a list of some of the top Grand Ecoles:

There are others as well. They can be both public or privately funded.

How are Grandes Ecoles different from Public Universities, in France?

Here are some key points in which Universites and Grandes Ecoles diverge, whether in terms of costs, admission criteria, student strength, and even career prospects. We will summarize them in the following list.

How do the Grandes Ecoles Rank in the World University Rankings?

Even though they have a near royal status of education and employment, in France, some of the popular French Universities rank quite well as compared to the Grandes Ecoles, in world university rankings.

Here are some of the French higher education institutes and universities that have featured in The World University Rankings of 2018.

What are the advantages and disadvantages of studying at Grandes Ecoles?

Grandes Ecoles are premier institutions in France, and there is no doubt about that. They come with their brand name, quality, and endless opportunities to make a successful career. Basically, they enjoy all the package advantages, we have mentioned, in the section where we compared them to the University system in France.

However, having sung their praises, it is important to mention the criticism that these elite institutes have received over the years. Most of them stem from the high social perception of graduates from these institutes as compared to the rest of the population.

They are often accused of creating a certain class system whereby Grandes Ecoles graduates, in France, receive better employment, and higher growth, as compared to others. This usually stems from the already highly selective admission process at these institutes that the employers use as pre-determined talent filters.

Although, there are other factors that perpetuate their legacy. All top management, who themselves are mostly Ecoles graduates, prefer hiring from the same brand. This creates an often unfair distinction which puts deserving university graduates at a disadvantage. The problem of such a leadership body also creates an inherent problem of lack of diversity.

While another big problem, as many sources point out, is the tendency of employers to overlook crucial skills present in job applicants from all kinds of education backgrounds. Social and leadership skills often take a backseat when compared to the skills of ‘analytical thinking’, ‘mastery of field’, and the ‘capacity to perform under pressure’, that Ecoles graduates are famous for.