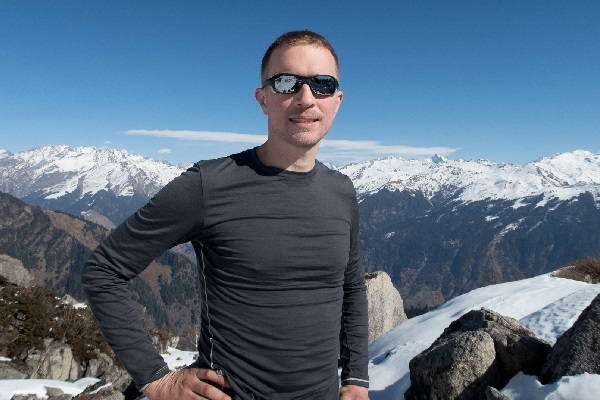 How easy or difficult is it for international students to study and live in India?

Andrew Wilson completed his MBA from the Indian School of Business (ISB), a top ranking MBA program in India. His shares his experience of being an American student in India, the differences and similarities between studying in India vs USA, and some tips for international (non-Indian) MBA aspirants who wish to study in India.

Life as an international student in a top Indian MBA program

I majored in Computer Science for undergraduate education, at University of Maryland. I graduated into the dot com bust and ended up working at an hourly wage for several years. I made the best of it, living in Miami and Puerto Rico, learning Spanish, and enjoying life.

My professional career began in 2007 as a junior technology consultant at Oracle. Pay was decent, but after a few years I really wasn’t getting where I wanted to go professionally.

I had long planned on getting an MBA, but putting the logistics of that together took me a while.

I got a 720 on the GMAT. I’m reasonably happy with that, though if it mattered today, I’d take it one more time.
I applied to six schools. I applied to schools I was somewhat familiar with and because one of my recommenders recommended them.

I think the biggest factor for me was, do I really want to go to this school? If I only kind-of wanted an admit, or if I didn’t see myself paying $200,000 to go there, I didn’t apply.

I didn’t really do much research in terms to talking to current students or alumni. I went to a few recruiting events, though I probably wouldn’t bother if I did it again.

I do recall talking to one alum from University of Chicago whose main advice was get a 720 GMAT. That might have been true a few years ago, but perhaps not so much today.

I was interviewed in Washington, D.C. in person, where I was living at the time. There were two interviewers. They were in town for a GMAT conference.

As I recall the interview was about 1/2 hour. A mix of getting to know you, and then making sure that you had thought through the implications of quitting your job, moving to India for a year, getting an MBA, and then getting a job placement after that. Why an MBA?, why India?, that sort of thing.

I received the final result a few months later. I didn’t have any admits at the other schools I applied to.
I received a 50% tuition scholarship.

I was happy to be admitted, and looking forward to starting to move forward with my professional career.

Things mostly went smoothly when I started the program. It took me about a month to get my phone SIM card activated. That wouldn’t have been a big deal, but I had already cancelled my US SIM card, so I was unable to sign up for Whatsapp, which is the main method of communication on campus.

I think there were about 20 international (non-Indian) students between the two ISB campuses. It really wasn’t unusual at all to be in a class full of Indians. There are lots of Indians in the US.

Keep in mind that there are also a number of foreign exchange students in the later terms, so you do get a mix of students in any given class.

The teaching at ISB is substantially the same as what I would expect in the US.

I believe most or all of my professors received their PhD from US universities. There are also many visiting professors whose main school is in the US.

The overall student experience is a bit different in that there is huge pressure, particularly initially in the school year, to get good grades.

Beyond that, as far as I can tell, the overall experience is comparable to a US or European business school.

That is to say: lots of classes, lots of studying, lots of group projects, lots of sports, parties, and other social events.

Life as an American student in India

The weather in Hyderabad in a big plus. I really enjoyed the weather on campus. Many mornings I would go outside to a strong fresh breeze, almost as if I was on the coast. The campus in gorgeous and lush during the monsoon season.

While I have traveled around India before, I rarely left campus while I was in school – perhaps once per month for a specific purpose, such as a movie at the mall, or a trek, or for government paperwork.

The campus has reliable water and electric supply, and everyone lives on campus, so there is no need to worry about traffic. Daily frustrations are minimal.

Life outside the class

School work kept me quite busy, so I mostly participated in ad hoc activities, such as treks and hikes. On one memorable hike, we trekked fairly deep into the jungle. The water was clean and we all drank from the stream without issue – I wouldn’t normally do that anywhere.

In the winter I organized a small trek to the mountains – I mostly wanted some pictures of me in the snow in India – which we did find.

My general impression is that the overall study culture in India is more similar than different from studying in USA.

I would expect written accounts from students at ISB and students from top US business schools to sound similar on average. Lots of work, lots of studying, lots of group work, lots of fun.

I found an unpaid internship at a small private equity firm almost immediately after returning to the US. It was fun while it lasted, but ultimately didn’t turn into anything more.

I’m currently working as a Technology Lead at Infosys. I found each job through a normal web search.

I think one nice advantage from pre-MBA is that I now see updates online for what my classmates are up to professionally. I think it is encouraging and motivating to see what they are doing and trying to do.

Tips for international students in India

My advise to international students planning to study in India.

Spending one year in the country living and learning and making friends and experiencing life is something that can’t be replicated with a series of short trips.