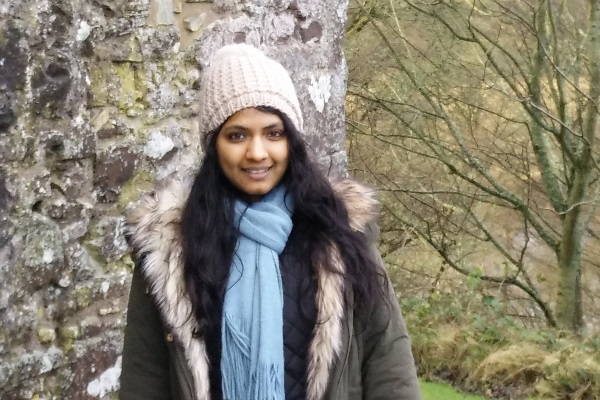 Nivedita Garg talks about her quest for a second MBA and how she battled challenges in the admissions process, like a career gap and low experience.

Life as a student at Oxford after first MBA in India

The world didn’t have any hopes for me but my mother always confided in me. Feeling bad for disappointing her time and again, I decided to try harder and focus on my studies. Finally, my perseverance paid off. Scoring 84% in my final 10th boards, I made the world shocked and my mother proud. That day I decided to keep working hard and made it my strength.

During my undergrad in India, I developed a fascination for the complex world of stock market. I strengthened my position with a Master’s and majored in derivatives. My dedication helped me get a job as a prop desk derivatives trader in one of India’s leading stock broking firm, MotilalOswal.

The famous quote by Sumner Redstone, “Success is not built on success. It’s built on failure. It’s built on frustration. Sometimes it’s built on catastrophe” perfectly summarizes my 3.5 years as a trader. Little did I know that one fine day, the market would decide to show its ugly side and I would lose almost 50 lakh Rupees in an options trade within 5 secs.

I don’t remember much of the 45 minutes insult made by the Director to me except for his few words like:

You should go back to the kitchen, make rotis, marry a rich guy and settle. That’s where you women belong.

This shattered me completely and I lost my confidence.

In situations like these, you usually have three options – you can either ignore it, move on to another company or stay there and prove everybody wrong. I chose to do the latter.

I decided to work really hard and make innovation my companion. After few weeks of constant scenario modelling on excel, I innovated a new options trade, executed it and made a whopping 2 crores profit in a month. That same Director later nominated me for the Employee of the year Award in a 2000 employee strong company.

While I found my job intriguing, there was no job security. In mid-2014, many prop trading desks, including mine, got shut down as they became unsustainable due to what seemed like never-ending swings in the market. This left my team and me jobless and that was when I felt the need to change my industry.

I started looking for roles in investment banking and corporate finance but had no luck due to my niche knowledge and experience. Generally, after few months of struggle, people start looking for backup options. In my case, it was MBA. I felt that MBA could help me change my field and add value to my experience. Since I already had an MBA equivalent degree from India, I decided to study for GMAT.

I asked a few friends who had taken the GMAT and they advised me to rely on the GMAT official guides. So I purchased the guides and divided my time between job search and GMAT prep. Pressure was mounting as it is not easy to just sit at home and prepare for the exam, job gaps require explanation in your application.

I studied for almost a month and later gave the official practice tests and a few other free tests. I scored between 650 and 700 in those tests. Though I was not fully convinced, I booked the exam slot for the next week. I was delighted to score a 710 in my actual GMAT exam and was hopeful to get into a good b-school in the future.

Even then, I was hesitant to apply for an MBA yet as I only had 3.5 years of experience and so I kept trying to get a new job. Time flew and now it was almost 6 months since I lost my job. My chances of getting a job were looking bleak. I was completely stressed out. MBA, which was earlier just a back-up, soon started becoming the only option for me. I had already missed the first deadline of many US schools.

Getting my applications on track 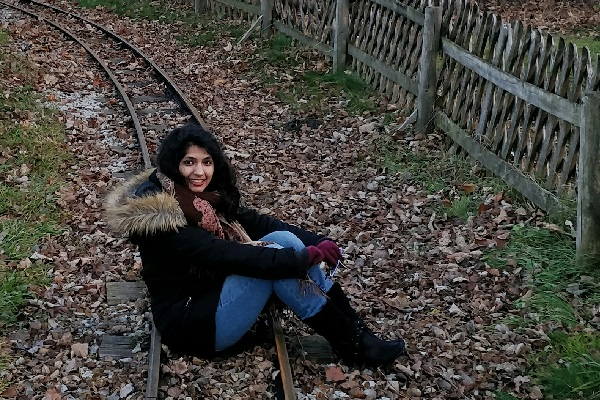 With no time and no real guidance, I relied on the internet to shortlist business schools; FT rankings, school websites and discussion forums. I finalized Booth, Ross and Cornell for their strong finance base and UCLA for overall brand name and location. With almost a month left for the second deadline, I decided to give it my everything. I wrote my own essays and relied on friends to review.

After many edits, my application was ready, but I was not. My biggest fear was how to explain the employment gap situation in my profile. Moreover, with only 3.5 years, I belonged to the bottom end of the experience graph. Lacking a strong profile, I still went ahead and applied with little to no hope.

This time I decided to have a plan B beforehand so I decided to apply to schools outside US in the third deadline. Just then, I came across a coffee chat session with an Oxford MBA student. Through that session, I came to know a lot about not only the MBA course but also the University life in general.

I could see the pride in his eyes as he spoke about the university and that was when I decided to apply to Oxford. Based on my research, I also found HKUST a good school for Finance and so applied to HKUST as well. Out of the sixschools that I had applied to, I managed to score interview calls from three; Ross, Oxford and HKUST.

My interview with HKUST was a face-to-face one which lasted 55 mins and was focused on general whys (Why MBA? Why HKUST? etc). I got an admit offer the very next day. Though I was happy with the offer, I decided to wait for my other interviews.

Next was a video interview with a second year student at Ross. This 45 min long interview was focused on the give and take relationship between Ross and me.

My third interview was a face-to-face one with an Oxford admission officer. It was the most fun and relaxed 45 mins. I was surprised when she showed me few lines from my essays which she had really liked and jotted down in her diary. She asked me about my goals and how can Oxford help me to achieve them.

The Ross results came in a week later and I read it with a big smile on my face. While I had made up my mind to join Ross, I got an admit from Oxford as well.

May be, this is what it means when someone says – destiny had other plans for me.

Ross tried hard to persuade me to join the school by sending me their baseball jersey and assigning me to a buddy, who sent a hand written letter describing her Ross experiences.

While I was moved by the hand-written letter, I still decided to go ahead with Oxford as I wanted to be part of the esteemed Oxford University.

All Saïd and done, I was excited for a whole new journey which lay ahead. 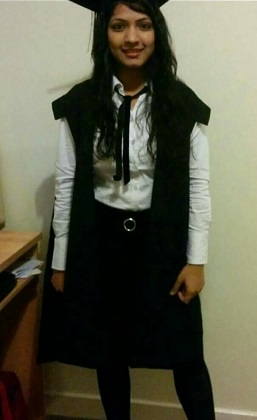 The MBA course at Oxford started with an intense one-week orientation. With a huge cohort of 330 students, I was overwhelmed by the constant pressure of networking. Though there was fear of missing out, I decided to build a few valuable connections at a time, not hundreds at once.

Diversity in its true sense is what makes Oxford unique. Through this course, I got an opportunity to work on projects and interact with people having diverse skill-set, which helped me gain a holistic viewpoint, something I feel I missed in my masters in India.

Since the course at Oxford starts just 2-3 months before many crucial job application deadlines, career preparations start from day 1. While the careers team provide multiple resources and guidance sessions, I particularly found the University career fairs extremely useful. These fairs provide better platforms to network and connect with companies as compared to mere info sessions.

I managed to score an interview call for Shell’s Finance Graduate program through these fairs but life had other plans for me. Amazon, the messiah of international students, came to Oxford with application deadlines in a month.

While I did not intend to shift my focus away from finance, peer pressure led me to apply to Amazon’s both Consumer and Operations MBA programs. A great number of students from our batch jumped on to this job opportunity. The process started with an aptitude test, results of which left 70 students ready for interview battle.

There were mock interview sessions with the careers team, information sessions with alumni and students helping each other. The D-day arrived soon and everyone was anxious. The 1st round was really exhausting with 4 back-to-back interviews. The results of the 1st round were out that night.

I was selected for the Consumers Program in the second round which was to happen the next morning. I prepared the entire night and gave 2 back-to-back interviews the next day. Within two weeks, I got a call, which made me jump in the air with joy. In few months, I was going to become an Amazonian in one of the most beautiful cities in Europe, Munich.

It is always Day 1 at Amazon and no idea is big or small. I was amazed at how much exposure and opportunities you get to add value to your company. It gives me pride to be part of one of the most innovative companies in the world.

Also I was surprised to find how much relevant MBA lessons are in practical life. I particularly found the negotiations and operations lessons quite useful in my job. But my most favorite is the Fish-bone principle. Asking Five Whys really proved helpful in analysis and decision making.

Having learnt a bit of German and explored half of Europe, I moved to London after spending 1.5 years in a cold but beautiful city of Munich. Through my MBA and my job in Amazon, I got an opportunity to explore different work cultures in Munich and in London.

What I found different is that a big part of the work culture outside India is about socializing. Networking and coffee chats are very important elements of career growth and development here.

Today as I write this blog, I feel proud to have taken this glorious journey called MBA, at Oxford. To the future aspirants, I would give one advice:

Speak the truth even if your voice shakes.

MBA application essay is like a camera so take a real selfie because schools are interested in the real you.

Also, it’s not the end result that matters, but the journey, so make the most of it. I would end this blog with my favorite quote from Tim Duncan, “Good, better, best. Never let it rest. Until your good is better and your better is the best”.