After getting rejected after interviews from both the schools (ISB and IIM Bangalore) he had applied to, Anand Sen (name changed) spent many months evaluating what may have gone wrong. He felt having a guide was important as he went back into the admissions process as a reapplicant.

How I got into ISB and several IIMs as a reapplicant 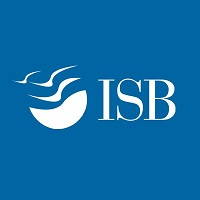 Hello Everyone! I am a civil engineer by profession, a big mixed martial arts fan and a guitar player. Music taught me that any improvement in one-self requires consistent effort and MMA artists inspire me with their perseverance.

I graduated in 2010 and have worked for construction companies for more than 7 years. The initial few years of the job were challenging and rewarding as I was learning new things every day. I engineered some of the most complex structures of petrochemical plants and resolved site disputes and vendor issues.

However, after a few years it became repetitive and stagnant and an urge for MBA set in. I wanted to set my career in a direction in which I could see myself playing a bigger role in the operations and strategy of the company in the future, which I felt was not possible for me without an MBA. (Read this student’s account of why he chose an MBA after chemical engineering from IIT Bombay)

At this point of time I had 6 years of work experience and wanted to target only GMAT based programs in India. By the time I took GMAT, I could target only ISB and IIMB (1-year program).

For GMAT, I studied the official guides thoroughly and supplemented them with the Manhattan Books. My aim was to achieve a score of 740+ but I could manage 720. I felt it was a decent score and GMAT would not be a hindrance to my application.

But the lack of research about school and clarity of goals & achievements reflected in my essays.

I faced rejection from both the schools after interviewing with the admission panels.

I analysed my essays, reached out to the school for feedback and pondered over my mistakes for months. In my second attempt, I started the application process very early so that I could target maximum possible schools. A B-School application is quite exhaustive and even more for a re-applicant who has to justify what has improved in last 1 year. I knew I needed a guide who could help me with the application.

After taking reviews from people and doing some internet research of my own,I finalized MBA Crystal Ball. I reached out to Manish Gupta (MG) for help with the ISB application. I exchanged almost 50 emails with him before signing up for the 1 school package. He patiently answered all my queries and after going through my application & profile, introduced me to my consultant – Vibhor.

I had an hour long conversation with Vibhor after which he gave me his inputs. He pointed out flaws in my approach that I could not see.

I was trying to write essays that I thought admission officers wanted to read. My approach was to use catchy phrases like “Leadership” and “Strategy”, all of which were cut down by Vibhor.

Being from a core engineering background, I was apprehensive of my work experience but Vibhor pointed out unique strengths in my story that I would have never thought of on my own and mentioned in my essays. Throughout the application, he provided the much needed straight-forward criticism that improved my essays.

What I liked about working with Vibhor was that he didn’t provide me a pre-written template but pushed me to think of high points of my career and my future goals. It was still my story but presented in a manner that was much more impactful. Additionally, it prepared me for the dreaded interview where everything is questioned and dissected.

I was interviewed by a panel of 3 alumni. The interview was focused mostly on why MBA, why ISB, the essays and a few behavioral questions. I was much more relaxed in the interview because of the deep introspection I had done during the application stage.

All of the hard-work from the application stage showed up in my responses.

Two weeks after the interview, I received confirmation from ISB that I had been accepted. It was new year’s eve and I could not have asked for a better start to a new year.

I will be joining ISB because I believe ISB delivers better curriculum, opportunities and brand value for a 1-year program in India.

My advice to ISB aspirants is to be absolutely clear about your goals and be aware of what you have achieved in your career.

Good GMAT score and academic background with lackluster essays may fetch you an interview call, but you certainly won’t be able to clear interviews.

Secondly, don’t let internet blogs and other candidates’ profiles shake up your confidence level. Rather concentrate on unique elements of your own story and be original in your responses.

If you need help, then consult someone who has been through the B-School application process himself and knows how the process works. The inputs and critique will save you significant amount of time and maybe a whole of reapplication.

22 thoughts on “MBA after Civil Engineering: IIM and ISB admits for reapplicant”