You could build your career purely on the foundation of a top IIT degree. Why do IIT grads go for another degree then? International exposure, bigger academic brands, global career opportunities are some common reasons.

Ashish Bhutia, a chemical engineer from IIT Bombay, had it all. A world known brand Mondelez (for better recall, think Cadbury), travel to international locations, millions of dollars of projects under his supervision and a fledgling global career ahead.

Prior to that, he had done a bunch of stuff in IIT such as organizing the technical festival, internship at an education consulting firm and technical projects – stuff that ticks the box for extracurricular activities.

Why then did he decide to pursue an MBA? In this post, Ashish shares his reasons and application experience. Read Why international MBA after IIT?

Why MBA after chemical engineering from IIT Bombay 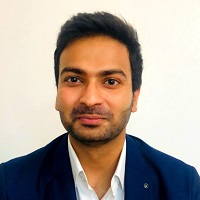 I graduated from IIT Bombay in 2016, completing my dual degree in chemical engineering. I have 4+ years of work experience at Mondelēz International, a food & beverage multinational company. I am a huge cricket fan and love to travel.

The experience at Mondelēz was very enriching. I was part of the regional engineering team, handling projects across the AMEA (Africa, Middle East & Asia Pacific) region.

Apart from gaining insights into departments such as Operations, Sustainability & Project Management, the multi-geographic exposure helped to enhance my diversity skills.

After spending a few years in these roles, I realized I wanted to explore and understand other aspects of supply chain such as procurement, planning etc. in a complex supply chain setup.

Motivated by my stint at Mondelēz and my travelling experiences, I also wanted to work in a different geography – US/Europe.

Consulting with various business leaders in this field, I understood switching from traditional engineering/project management role to other supply chain roles is difficult without prior knowledge and credibility in this domain.

Furthermore, changing geography with this prospect made it even tougher. At this point, a top-ranking international MBA made sense as it had the potential to bridge these gaps.

In terms of weaknesses in my profile, I had a low CGPA during my undergrad. This could potentially be a deal-breaker, especially for candidates with relatively less work-experience.

Thankfully I had a strong extra-curricular base during college to compensate for this weakness.

Additionally, my work experience was in a very niche sector of supply chain – Chocolates.

During such cases, it is more important to showcase the impact imparted during these stints instead of the work responsibilities as such.

I was quite concerned about these flaws. Since I had a plan to counter these, I decided to move on.

Coming from an over-represented group (Indian, Engineer, Male) and having a low CGPA, I knew I had to compensate with my GMAT score. I targeted a score of 740+, considering the average score for Indians at the top 10 MBA colleges.

As a thumb rule, you need to add 20-30 points to the average GMAT score of any college to land near the Indian average (ball park figure).

I had a travelling job, which made it quite difficult to attend classes regularly, hence I opted for online recorded classes and test series from Crack Verbal. The lectures played a crucial role in strengthening my fundamentals, especially the verbal piece.

Additionally, the test series were pretty close to GMAT standards unlike other popular ones, which I frankly found to be tougher than the actual exam. (my perspective)

My two cents to all students preparing for the exams would be these:

First, learn from your mistakes – It is very important to spend quality time in reviewing the questions which you were not able to solve correctly. It would be beneficial to maintain an error log, in which you can pen down the reasoning error you made.

Second, do not waste questions – The GMAT official practice tests and papers are the closest thing to the actual exam. Since the number of questions are finite, it is advisable to solve these questions only when you feel confident about the concepts.

I gave my second attempt in July (quite late) and secured a score of 720.

I was not delighted with the score. But taking into account the limited time I had in my hand, I took a calculated gamble to proceed further with this score.

After speaking to numerous admits in the top 10 B-schools, I decided to opt for a consultant instead of working alone or just with friends/colleagues.

The advantage of working with a consultant is that you receive an unbiased opinion about your profile and application.

Also, working with an expert creates an air of professionalism, which helps you get things done timely. For me, these conditions were difficult to mirror with friends/colleagues.

My decision-making matrix for selecting a consultant was driven by 3 factors:

I evaluated 5 top MBA admission consulting firms (both Indian and International) on the basis of these factors.

I finally decided to work with MBA Crystal Ball (MCB).

The thing which stood out for MCB was the focus on quality over quantity of applications.

I signed up for the MBA MAP + 5 college program and started working with Manish Gupta.

For me, the MAP session was sort of a self-exploration journey. The brainstorming sessions propelled me to think in the right direction, helping me shape up my end goal and figure out the next steps quickly.

The MBA MAP report generated after various such sessions gave a great deal of understanding about college rankings, fees, ROI, strengths, and weaknesses.

During the application, I was fortunate to work with Manish. The unbiased feedback, what he calls ‘brutally honest feedback’, was a good reality check and a gut punch for me.

I was able to quickly understand my flaws and started working on those at the earliest.

MBA applications can be a long and arduous process, making it difficult for students to give in their best all the time. In my case, Manish always kept me on my toes and I don’t think in any of the applications I slacked off.

My business school selection criteria were not just based on ranking but also on how it aligned with my end goal.

In terms of school-based research, apart from gathering information from the school website, talking to current students, alums, & professors was very useful to garner more insight into the school.

I would also suggest candidates to attend the webinars and sessions conducted by the AdComs.

It is very essential to highlight college-specific information such as clubs, courses, specialization and other extra-curricular in your essays.

Talking about HEC, the selection process comprises of two parts – application shortlist and 2 rounds of interviews (includes presentation) with alums.

The application of HEC is very comprehensive and the college has one of the lowest acceptance rates in the world. So, it would be helpful to allocate more hours on this specific application.

The interviews with alums went for about 45 mins – 1 hour each on video conferencing. The alums were friendly and interested to know more about me – both professionally and personally.

It is extremely important to stay genuine in these discussions. I was pretty confident after the interviews.

The results were out very quickly, 7 days after the final interview deadline. I was extremely elated to hear that I was selected for the program. I was full of joys of spring.

The countless hours spent preparing for GMAT and writing essays seemed completely worth it.

My pointers for the future applicants would be the following:

Start as early as possible. I gave my GMAT in July and was barely able to finish the applications on time. I would have loved to have few more months for preparation.

For Indians especially, it is imperative to start early and apply in the early rounds to spike up the conversion chances.

Focus more on the quality of applications rather than the number of applications submitted. I would suggest spending a good amount of time on shaping up your end goals, researching about the school, and writing the essays.

The entire MBA admission process is a demanding yet rewarding experience. For me, it has been a transformational journey. I am looking forward to joining the school and enjoying the experience.

Also read:
– Life after MBA from IIM, IIT, other Indian Institutes
– Life before and after IIT Bombay, INSEAD and McKinsey
– MBA in Canada after Mechanical Engineering
– From IIT to USA and back to India: The journey of a depression survivor

15 thoughts on “Why MBA after chemical engineering from IIT Bombay”