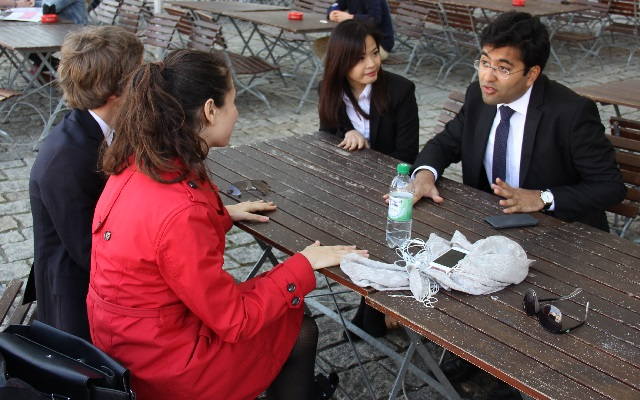 Tarun Kaila, completed his second MBA from Germany and got a job in Amazon. In his previous article, he talked about how he got into Mannheim Business School. In this concluding article, he shares his experiences as an international student in Germany and how he got a job.

Life as an international student in Germany during and after MBA 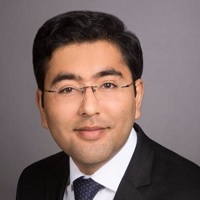 One shouldn’t rejoice just after receiving an admit from a B-School. A hurdle that almost all of MBA aspirants tend to underestimate is the German visa documentation and subsequent approval.

Once I was past the German bureaucratic visa paperwork (oh boy, that should go into my CV as an achievement), I landed in Germany two months before the course began, to improve my language skills and immerse myself better in the local environment.

I had by the beginning of the course, already taken the B1 Level German exam and had also managed to utilise this time to travel across Europe.

The cohort was super interesting, 60 students from 26 nationalities. To be very honest, it did not take me too long to adjust, partly because I had already worked abroad in the past, and also because I had been around in Germany for over two months now. As expected, the Indian colleagues all came from engineering backgrounds, with me being the only one from a non-traditional non-technical background.

Mannheim Business School is a part of the University of Mannheim. The University is renowned since time immemorial for its Business Studies and Economics specialisations. Industry regards the University very highly, and from a job seeking strategic point of view, this is a very good thing. Day in and day out there are career fairs, company events and dinners (read as ‘free food for bachelors’).

I had kept my job at the startup in India, working during the evenings and the nights. This was a good source of money to take care of daily expenses. I also continued with German lessons in the evenings post classes at 6PM (Yes, this had to be done at the cost of not being able to party like the natives in the evenings).

The B-school also provides language lessons on Saturdays, during the first term. Another interesting concept is that of a Tandem partner. How this works is that you can offer to teach someone your language and in return they teach you their language. Therefore, it was me teaching Hindi to my German Tandem partner and her teaching me German. This made up for interesting Sunday mornings, followed of course by the Formula 1 races that the batch was allowed to watch on the giant screens in the classroom.

The German economy, from an Industry point of view can be split into two major chunks. There are the giant firms like VW, Daimler, BMW, BASF, Adidas, Siemens and SAP etc on one hand.

On the other hand, is the German Mittelstand, making up close to 51 percent of the country’s GDP. Mittelstand is a term used to describe small and medium scale industry in Germany. These are typically family owned businesses, characterised by 200-500 employees and naturally a lower turnover than the giants.

But collectively, they regularly outperform the giants on other metrics like gross and net margins. Duravit and Doehler are examples of such companies. They make for very good employers, with lesser levels of hierarchies and a clear focus on delivering quality products to clients all over the world.

I had previously pursued a dual degree for Bachelors, one in hospitality and one in Tourism. I then pursued a PGDM at Welingkar (Mumbai), but the kind of collaboration that I saw between industry and the B-school at Mannheim was way better than anywhere else. We would regularly be visited by the companies on campus or else we would be invited to visit the companies.

The actual job hunt begins around January, after students come back from the winter break. The career cell has by then already aligned the individual CVs of the students and also given out workshops on writing cover letters.

How I got a job in Germany after MBA

Now as you would recall, I was fixated on making it into the 80-90 hour weeks of Investment Banking in Frankfurt, but then came opportunity to visit Amazon in January. The experience through the day at Amazon was very unique. This coupled with the course in Operations Management that had been concluded recently made me consider the Operations Manager role available at Amazon too as a potential job.

It was the first job that I applied to, and my CV got shortlisted. Next came an online assessment, followed by 4 rounds of interviews on campus. The interviews were conducted in a combination of German and English. This was on a Wednesday in March. By Monday evening, I had an email saying that I had been selected.

This is the part that is the most difficult to put down in words. I think it must have taken me a week for the realisation to set in, that I had actually landed a really interesting job with one of the top 5 companies in the world, despite my finance background, and also not to forget, this was my first job application!

I will begin working with Amazon near Stuttgart in October this year. The role is a part of a management program and involves a combination of Data Analytics and Operations. I start off with a team of 100, and should end up with around 1000 employees reporting to me directly or indirectly by the end of year three. I am very excited for the role and am actually looking forward to go to work. I can update the article in a few months with my impressions of the Amazon workplace.

I stand by the fact that the decision to talk to Sameer and Manish at MBA Crystal Ball was a critical and wise one, and it has paid off very well. Standing out in a heap of 100 applicants takes a lot of art in carefully crafting the application, both with regards to the essays as well as the Letters of recommendation.

I am also happy to have taken the decision to pursue a second MBA from Germany in order to bridge the knowledge and skill gaps from my previous education and jobs, and also to be able to get a foothold in the German job market.

Lessons from my student life and job hunting experience in Germany

A few learnings from my experience:

If you missed it earlier, here’s how I got into Mannheim Business School.