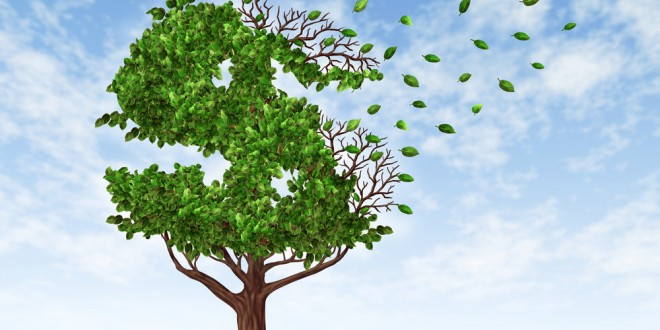 Billionaire entrepreneur Tilman Fertitta once said that if God didn’t give you a gift of understanding business, but you still wanted to be an entrepreneur or businessperson, you should go for an MBA. But if God gave you the gift, you shouldn’t worry about MBA; you could go get just about any degree.

So, either you should have the gift or have an MBA to understand business, according to Fertitta. But does an MBA still ensure that you will thrive in business? Does it still guarantee a job-seeker a worthwhile career?

What about the other direct stakeholder apart from students, the companies who hire MBAs? Do they continue to have faith in MBAs? Are MBAs still worth hiring?

Is the MBA losing its value?

MBA applicants dive into the deep end of business school admissions completely well-read about the costs and benefits. They know that tuition and other fees at top business schools (they also know that an MBA from a lower-rung school may not be worth it) come to around $117,000, and the opportunity cost in the form of lost pay checks at their old job would be around $140,000 for the two years of the course. So, the total cost might be $257,000.

The benefits of an MBA degree? One could expect an average salary increase of 60 percent post-MBA, which would work out to $113,000, and the signing bonus might be $24,000. That’s $137,000, in all, which means that an MBA for a top b-school would take four years to break even, give or take. Five years after graduation, the gain would be $73,000, besides the networking benefits and the learning experience.

The Graduate Management Admission Council’s 2016 Corporate Recruiters Survey Report reflects the feel-good factors—ready employment and good salary. It says that 88 percent of recruiters who worked directly with b-schools planned to recruit MBAs in that year, 2016. Globally, the report says, 54 percent of recruiters intended to increase starting salaries for new MBAs. No surprise then that an overwhelming majority of MBAs responding to the GMAC’s annual surveys express professional and personal satisfaction from completing their programs.

The MBA degree has been the most sought-after among professional courses for years. America has witnessed a seven-fold increase in the number of MBAs since 1970, and b-schools in the US alone have churned out a whopping 2,00,000 students every year since 2010.

Unfortunately, that’s just about where the good part of the MBA story ends. The demand for a business education has resulted in a mushrooming of b-schools and a job market full of MBAs from all tiers and types of institutions, including those delivering courses exclusively online. The fact that graduates now have easy access to an MBA program has changed what the degree means to employers. For top companies looking for management talent, MBA degree holders—except those from the top schools—don’t mean usable new recruits anymore.

This is obviously a result of a new perception among recruiters that MBA degree holders are not what they used to be. Falling teaching standards and fossilized curricula that has not kept up to the demands of the industry are mainly to blame for b-school graduates’ diminishing unemployability. Not all schools use the high fees collected from students to improve the quality of the MBA course. Many spend funds on image-building exercises, such as creating “better infrastructure,” which often means just a good-looking campus.

In India, only 7 percent of graduates from 5,500 b-schools are employable, according to a 2016 report by Assocham (Association for Chambers of Commerce and Industry of India). [read What’s wrong with the Indian MBA] From the graduates’ perspective, their MBA no longer guarantees jobs, forget about “gainful employment” with a good salary jump compared with their pre-MBA jobs. Twenty percent of b-school graduates reported to the GMAC that their degrees did not increase their earning power, according to an article in The Economist.

The huge education loans that MBA students force them to change their career plans. Some MBAs do find jobs but continue searching for better positions with higher salaries that would give them an adequate return on investment. On the other hand, some MBAs accept almost any job that would help them to ease their debt burden, instead of one that is at least somewhat in tune with their ambition or interest.

A question that is not often asked is whether MBAs, even those from the top schools, provide a level of leadership and management to their employers that would make a significant difference to these companies.

P&Q quotes a former Dean of the Henley Business School, Chris Bones, as saying that even the leading schools might struggle to prove that their students would add significantly greater value to the enterprises they work for. The main reason is that curricula have not kept pace to match the requirements of today’s industries.

Professor Bones says that MBA programs have hardly changed from 10 or even 20 years ago. Current programs, according to him, don’t address the needs of 21st century business. There have been no “product innovation” by b-schools, and they are forced to market their programs by promoting the fame of their brand, location, choice of modules, etc. “Even the most precious schools are having to sell themselves, rather like mid-priced family saloons as opposed to luxury limousines.”

In India, the report of a task force appointed by the All India Management Association and submitted to the Union Ministry for HRD has stressed the continuing disconnect between what is taught at b-schools and the requirements of industries.

A BusinessLine article on the report says that despite the industry and b-schools realizing the need for a synergy and collaboration between them, neither side has “stepped out of their comfort zone.” B-schools, therefore, have not been able to provide “trendy knowledge” that companies want, and continue as “mass production factories with repetitive curriculum.”

The task force report says that a majority of MBA programs are too localized and unsuitable for corporations with multilocation presence. The industry is also frustrated with generic management education that is of no value to high-growth sectors such as IT, banking, pharma, and health care.

Probably the worst criticism of MBA programs comes from Mariana Zanetti, who graduated from the Instituto de Empresa (IE) Business School in Madrid, Spain, which has consistently found a place in the top dozen b-schools in the Financial Times’ list of global MBAs. She took a full year to find a job, and the one she finally found came with the same salary that she used to earn three years earlier without an MBA. Ten years after leaving the corporate world, Zanetti self-published a book, The MBA Bubble.

According to Zanetti, the MBA is not worth the investment, and “I don’t think they have much impact on people’s careers.” Generalist management training that an MBA brings has very little value in today world of specialized training, according to her. It was not her MBA degree that fetched her the job after a year’s search but her previous job experience, she says.

Zanetti says that more MBAs are not expressing their views out of fear that this might hurt their careers. She says the MBA degree has been oversold by b-schools with glitzy marketing. Students go for an MBA without understanding the impact of the financial burden that b-school brings and without realizing the limitations of the degree.

Zanetti says that she has never used more than 20 to 30 percent of what she learned at b-school. Even the much-talked-about networking that an MBA experience brings is exaggerated, according to her. She is also quite sceptical about the claims that an MBA could earn much higher salaries after completing the degree.

‘Bankruptcy round the corner’

Roger Martin, former Dean of Toronto University’s Rotman School of Management, feels that not only is the MBA losing value, but the US b-school model is staring at bankruptcy. While tuition fee for MBA is rising and the starting salaries for MBAs are falling, enrollments at b-schools are being propped up by international students, he says.

Between 1955 and 1985, the share of the MBA degree among all postgraduate degrees grew from just 5 percent to a large percentage of all such degrees awarded. However, in 1985, its share began to freeze, but because graduate education was growing as a business, there was not much negative impact on the MBA.

Martin equates the situation in b-schools with the decline and bankruptcy of General Motors, which increasingly accepted workers’ demand to a point where the company could no longer bear the financial burden. He feels tenured track teachers are doing to b-schools what workers did to GM. The fee and other costs of an MBA degree are rising mainly because of tenured faculty, who, he says, are trying to find ways to protect their salaries and even earn more while working less and less in the classroom.

Martin feels that many tenured professors seem to be more interested in pursuing research in narrow fields that have nothing to do with the needs of modern industry. Most academics don’t seem to understand that b-schools are a tuition-funded business, according to Martin.

It would appear that at least some Wall Street companies might be reviewing their policy to hire MBAs or send their non-MBA employees to b-school. The Wall Street Journal reported some time ago that top private equity companies including Apollo Management and the Blackstone Group are not insisting anymore that their employees have an MBA degree.

A Blackstone Chief Executive remarked that “niceness” was more of a requirement for his employees than an MBA degree. He was referring to the success achieved by a non-MBA top executive of Blackstone’s real-estate group.

Read these related articles:
– 7 Reasons when an MBA is not worth it
– 6 Benefits of getting an international MBA degree

5 thoughts on “Is the MBA losing its value?”