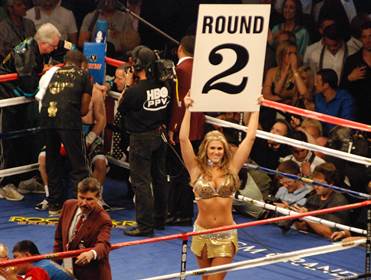 If you are planning to put in an international MBA application, you would be aware that schools have multiple deadlines. These are typically known as R1 (short for Round 1) and R2.

But that’s only part of the story. A lot of schools have R3, some have something that’s known as ‘Early Action’ while some others go up to Round 6!

At first, this may appear just a matter of convenience and you may assume that you should apply as it seems fit given your other commitments.

However, the story goes deeper and that’s what we investigate in this post.

Official Word on MBA Round 1 vs Round 2

Several of the admissions teams insist vehemently that both the application rounds are equal in their eyes. Some even go to the extent of giving out stats to prove their point in terms of intake across rounds.

Even so, almost universally, all schools would ‘encourage’ you to apply sooner rather than later. There is never an ‘official’ word on whether things vary between rounds barring a few exceptions such as INSEAD. The school has categorically mentioned on their website that there is no difference between the different rounds.

Confusing? So what do you take out from all this? Let’s peel the onion some more and see what lies beneath. From our experience, observation and information, we know that the difference exists. Why you may ask? That brings us to the next section then.

Why the admission chances vary across rounds

That you should apply in R1 if you can may not be a new thing for most. The “why” of it however has multiple reasons. Let’s find out

Though there is hardly any official data around this, but across several Adcom interviews we’ve seen over the years, a general trend emerges. The split of seats between R1 and R2 could be in the range of 60:40 (higher in some schools, lower in others of course). Keep in mind that this is mainly anecdotal rather than statistical.

This means that more seats tend to get allocated early on in the MBA admissions process, as admission committees who are equally under pressure to fill up the class lap up good candidates. They are also more likely to dangle scholarships in front of strong candidates to lock them in, before they go scouting into the woods again.

Basic supply demand dictates that the probability of making it in for R2 is in general lower. The demand scenario is further skewed however as explained in the next point.

No, it’s not just that more people suddenly wake up in November/December timeframe (read about MBA timeline planning) creating more demand for the limited MBA seats in R2.

One of the reasons the demand situation is aggravated is because the unsuccessful candidates from R1 also gets added to the pool. Several folks adopt the strategy of being aggressive in R1 and may end up facing rejection. They can then end up being too much of the safe side, hence making life difficult even at lower ranked schools for fresh R2 applicants.

The logic also works other way round. Meaning, those who’ve made it already in R1, may be trying out their luck in the more ambitious schools. Hence, the entire demand curve shifts upwards. This when combined with the lesser (or even similar) supply of seats, doesn’t take a genius to figure out why you find so many scurrying to put in their applications in the R1 window.

We investigated the online activity for ISB in R1 vs R2 and the demand theory holds.

Another factor bearing down on the life of R2 applicants comes from legacy. Let me explain.

Suppose you have a kick-ass GMAT score, have been working with a top firm in a fairly good leadership profile and have an excellent existing network. In essence, you have all guns blazing. Why then should you care when you apply?

Well, the reason is because there may have been a clone (figuratively speaking, of course) who may have been smarter only in terms of having applied in the earlier round.

Most business schools have a huge bias towards maintaining diversity of all kinds – gender, industry, race, culture and so on. Read why differentiation is a big challenge for Indian MBA applicants.

Given this metric, the admissions committee is likely to pass you even if you were ‘deserving’ enough given their past history.

Yes, it does matter.

The official verdict from us is to get into the game as soon as you can but never at the cost of a sub-optimal application.

Don’t assume rushing in an application badly put together in last few days just to meet Round 1 deadlines is going to get you special treatment from the Adcoms. On the contrary, these are precisely the type of half-baked applications with poorly written essays and ambiguously articulated career goals that get weeded out the quickest.

We see so many of these each year, and surprisingly many are from good applicants who took the application timeline too lightly.

It’s nice to arrive at a party early to impress the hosts, but not when you are shabbily dressed.

The benefit of getting your application early does not outweigh a below par application – GMAT, essays, research – anything that matters really. But, it pays to plan well!

14 thoughts on “Are MBA admission chances in Round 2 deadlines lesser than in Round 1?”