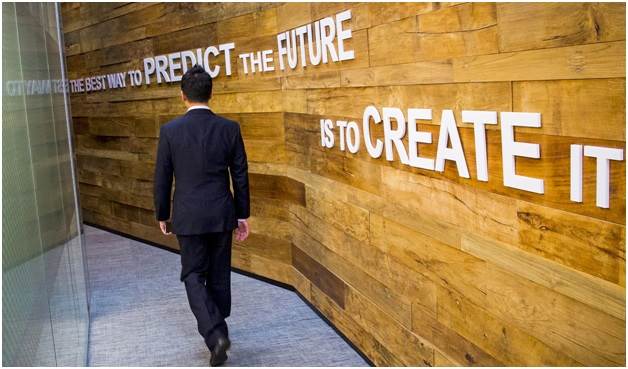 In the early 1990s, Kevin Taweel, a Stanford Graduate School of Business (GSB) student, was considering his job options just before graduation. Offers from many large corporations had come his way, but the prospect of being chained to a desk at an office, however posh, did not appeal to him very much. He wanted to be his own man and his own boss.

Kevin wanted to establish his own company. But apart from his degree he had very little else. He didn’t have the experience to start a business, and he didn’t have the money to buy one. In fact, he found it difficult to even meet his living expenses. How would he realize his dream?

Kevin found the answer – entrepreneurship through acquisition. He set up a “search fund,” the name for a group of investors who are willing to fund your search for a suitable company to acquire and are ready to invest in it.  Along with a fellow Stanford GSB graduate, Jim Ellis, Kevin identified an emergency road services company, Road Rescue, which he could buy for around $8 million.

Investors were ready to give Kevin and Jim their money to complete the buyout. The investors had no reason to regret their decision: by 2001, Road Rescue recorded $200 million in sales. Kevin and Jim, the busy, successful “principals” of the search fund, had no time to even think about what could have been if they had gone for a typical MBA job.

A similar success story is that of Chris Hendriksen and Andy, who acquired a healthcare company through their search fund, choosing to become owners and managers of a small company rather than an employee of a large, traditional corporation. They didn’t worry too much about the 50 percent lower income that they would make in the initial period of the fund.

What is a Search Fund?

The search fund concept is gaining popularity at top business schools such as the Harvard Business School. A word about the fund concept: In the first stage of a search fund, the principals approach investors, usually family and friends, b-school faculty, angel investors, business persons, and institutional search fund investors, for funds for a search to identify a company to acquire. Principals look for a company that has, mainly, a good market for its products, consistent and secure cash flows, and potential for further growth.

Target companies are usually bought for between $5 million and $30 million. If a search fund finds a company worth acquiring, the investors who provided the initial funds for the search can make a specified minimum investment for the acquisition. If the principal is unable to narrow down on a company, the search fund is dissolved.

Once the acquisition process is complete, the principal appoints a board of directors for the company, giving priority representation to the investors. After a period of stabilization for six to 18 months, the principal makes changes in the operational and management style, if necessary, to improve the functioning of the company and boost its growth.

Surveys have found that a search fund entrepreneur may be involved with an acquired company for six years on average. Exit options are available to the entrepreneur as well as the investors on the lines of those available to equity holders in privately held companies.

It is mainly fresh, young MBA graduates from top b-schools who opt to become search fund entrepreneurs. According to a study by GSB in 2013, 49 percent of the 45 search fund entrepreneurs who launched 32 funds that year or the year before raised a fund within a year of leaving b-school. Eighty-four percent were under 36 years old. A single principal, rather than a pair of principals, launched 60 percent of the funds. All principals were male, though a similar study in 2011 noted that female fundraisers comprised six percent that year.

According to the 2013 study, the average time taken for identifying a company was 19 months. The median purchase price was $11.6 million, and company earnings at purchase (before tax, etc.) were $2 million. The average initial capital raised was $355,000 per principal.

The preferred target sector was services, followed by information technology/Internet, health care, and education. Seventy-four percent of the funds managed to acquire a company, and 57 percent of these companies made profits. Ten percent of the search funds provided the investors with returns worth ten times their investment, 16 percent of them five to ten times, 36 percent of them two to five times, and 38 percent one to two times.

Entrepreneurship through acquisition: Many pluses, a few minuses

For a fresh and young MBA, the immediately apparent advantages of choosing to become a search fund entrepreneur are, of course, being able to own and manage a company with little experience and no investment, and the significant returns after a few years of running the company or on exiting from it. But the entrepreneur pays a significant price for following his dream of not settling down to a traditional MBA job like most of his peers and wanting to become a CEO much before they do: there is no high starting salary and no signing bonus, and the income is low in the first few years. Fundraising by itself can be a serious full-time mission.

After raising the initial funds comes the challenge of identifying a company that has all it requires to make it a good acquisition. Once the acquisition is over, the uncertainty of working in an unfamiliar industry and business may make the MBA wish to go back to the safe environs of their b-school campus. But the professional satisfaction of being able to increase a company’s profitability up to ten times and ensure great returns of around 35 percent annually to the investors probably makes it worth it.

But many fresh MBAs feel search fund is a risky career option compared with traditional jobs. An article in Harvard Business Review makes a persuasive case about the career prospects of a fresh MBA going into a search fund rather than a traditional job.

The HBR authors point out that in the case of many MBAs, analysis of the “financial risk” involved for a search fund entrepreneur is not done scientifically. Income from any career pursuit over a lifetime cannot be accurately calculated and may fluctuate, and a traditional MBA career does not guarantee happiness ever after. In any case, no data is available on returns from search fund entrepreneurship compared with salary from a traditional job.

The main hurdle in the minds of the MBAs choosing to enter entrepreneurship through acquisition is probably the fear of not finding a company to acquire after the search process and the clouds around the process itself. However, in case the search is successful, the entrepreneur, or the CEO, has complete control. He selects the management, he influences product promotion and customer base, and he brings stability to the company. He (“he” can be “she” every time!) also has a good share of the returns as the CEO.

What happens if searches are unsuccessful, as they are in the case of 26 percent of such initiatives according to the Stanford study? The MBAs can simply move on and find a traditional job. They have not lost a couple of years going with a search fund but rather gained rich, valuable experience that not many MBAs can hope to get from the first days of their career. This is but similar to MBAs in traditional jobs changing their companies, according to the HBR article.

True, as a search fund entrepreneur, you are likely to have to make more cold calls than your MBA friend in investment banking, if this is a particularly annoying task. Investors and employees depend on you, and the stress can be terrible. But, as CEO, you control your destiny and that of at least a few others. That’s probably a calling that you may want to respond to.